Aaren Simpson: Everything About Tragic Death of O.J. Simpson's Daughter 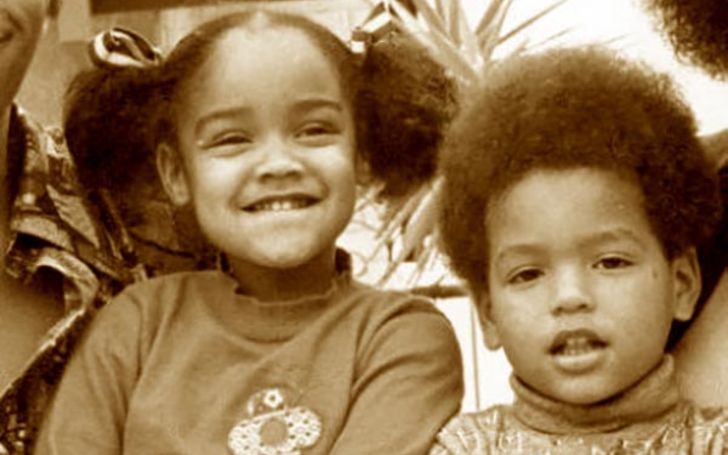 The youngest child of O.J. Simpson and his first wife, Marguerite L. Whitley, was Aaren Simpson. A horrific accident at Aaren Simpson's house claimed her life. Aaren was found unconscious in the pool after being left unattended while they were enjoying some time together at home. Every effort of her family, paramedics, and a doctor to save her went in vain as she lost the fight and passed away just a month before her second birthday.

Not much is known of what transpired in her short life. Therefore, we are unleashing all the detail related to the late daughter of O.J., Aaren Simpson. Stay connected with us.

The daughter of well-known footballer O.J. Simpson, Aaren Simpson was born with the zodiac sign Libra. She has mixed ethnicity and is of American Nationality. She is the youngest child of the Simpson family, her two siblings are Arnelle L. Simpson and Jason Lamar Simpson.

Cause of Aaren Simpson's Death

Aaren was the third child of Pro Football Hall of Fame NFL star O.J. Simpson. On 18th August, Aaren was left unattended for a while in the backyard of their home and after a while, she was found unconscious in the pool. Aaren Simpson's mother pulled her out of the pool.

Aaren was taken to the hospital as quickly as possible after paramedics did their best to revive her using CPR. She was taken to UCLA Medical Center in Los Angeles. The 23-month-old daughter of O.J. Simpson was put on life support in the hospital. The doctor tried their best to revive her, a continuous effort was made by a doctor over the 8 days to save her but the little kid lost the battle and had her last breath on 26th August 1979.

O.J. Simpson, the girl's father, later spoke on behalf of the family in a statement, saying:

“My deepest appreciation and thanks go to everyone across the nation whose gestures of prayers, cards, phone calls, and well-wishes sustained our family.”

Aaren Simpson's father O.J. Simpson and mother Marguerite L. Whitley are college sweethearts. O.J Simpson tied the knot with her long-time girlfriend Marguerite on June 24, 1967. Both of them share three kids as a parent.

They welcome their first child, Arnelle, on December 4, 1968. While their second child son Jason was born on April 21, 1970. Aaren was their youngest child. But Unfortunately, Aaren lost her life meeting an accident in her own home.

Aaren Parent's Divorced Before Her Death

The college sweethearts' marital relationship begins to witness the problem since O.J. Simpson's career begins to see a rise. And the problem that begins ended with Simpson and Marguerite's divorce. They ended their relationship in March 1979.

Simpson in an interview talked about the reason for his divorce, he stated,

“The price of fame was our biggest problem. My wife is a private person, yet we can’t walk down the street without causing a commotion.”

After 5 months of their separation, they lost their daughter.

The parents of late daughter Aaren Simpson married again. Aaren Simpson's mother, Marguerite married twice after her separation from O.J. Simpson. She first married Rudolph Lewis in1986. Lewis was a transit supervisor. But her this marriage didn't last long as they ended their relationship in 1991.

After a year of her divorce from Rudolph Lewis, the ex-wife of O.J. Simpson tied the knot with the furniture sales representative, Anthony Thomas in 1992. After divorcing her first husband O.J. Simpson, Marguerite confined her lifestyle to being hidden from the media. So yet, there has been no confirmation of whether she and Thomas are still together.

While Aaren's loving father O.J Simpson married a waitress at a nightclub, Nicole Brown. Their affair begins while Simpson was married to Aaren Simpson's mom Marguerite. And if the rumours are to be believed then O.J Simpson's affair with the waitress Brown was the reason for Aaren Simpson's parent's divorce.

Sydney Brooke Simpson, a girl, and Justin Ryan Simpson, a son, were born to Simpson and Brown. A couple of years following the birth of their second child, the couple also got divorced.

After 2 years of O.J Simpson and Nicole Brown's divorce, a tragic incident happens. Nicole Brown and her female friend were found dead from stabbings outside Brown's LA home in 1994.

O.J Simpson was arrested on the charge of murdering his second wife and her friend. But O.J. Simpson pleaded not guilty in the 1994/1995 trial but soon after this trial, he was subject to a civil lawsuit for wrongful death in which he was found guilty. He must make restitution to Nicole, his ex-wife, and Ron Goldman, a friend of Nicole's.

But the trouble for O.J Simpson didn't end here, he was arrested again in 2007 in charge of armed robbery, kidnapping, and assault. The first husband of Marguerite, O.J Simpson was sent to jail for 33 years. Though he was released on Parole in 2017. Since then he is living a low profile and private life.

The daughter of O.J Simpson neither enjoyed her father's fame nor her father's wealth. Aaren's Simpson father has an estimated net worth of $3 Million to date.