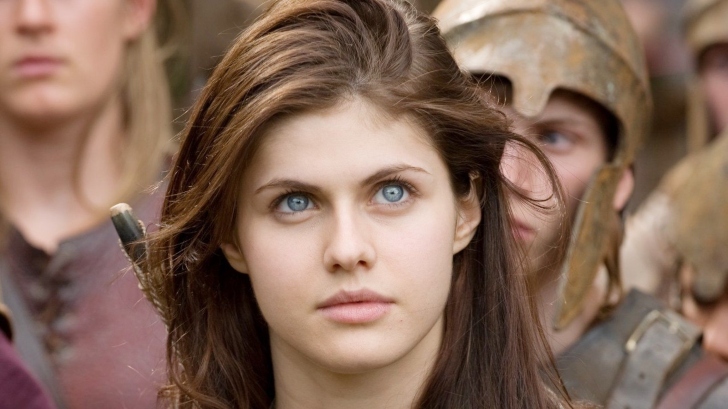 Alexandra Daddario is one of the most glamourous American actresses who is known for her stunning beauty and great body structure. She is even more appealing and gorgeous because of her blue eyes and pleasant grin.

She is most recognized for her work as Annabeth Chase in the "Percy Jackson" film series, which launched her acting career. Alexandra has starred in several widely popular films, including True Detective, Baywatch, and San Andreas.

Alexandra was ranked 80th on Maxim’s ‘Hot 100' for a year, 2014. She is most popular because of her hotness and beauty among her fans.

Alexandra started her career in TV in 2000 and got the opportunity to make her acting career in ‘Percy Jackson & the Olympians: The Lightning Thief.’

She is well-known for her relationship status in addition to her physical attractiveness and acting career. She has had several relationships, but is she currently married? Follow us in this post to learn more about her personal, professional, and romantic relationships.

The good-looking actress landed on earth on March 16, 1986, in New York, United States. She is born to parents Christina Daddario and Richard Daddario.

She is the elder daughter of the lawyer's parents. Richard, her father, is a prosecutor who formerly oversaw the counterterrorism division of the New York City Police Department.

Alexandra Daddario has ancestors from Italy, the Czech Republic, England, Ireland, and Hungary.

Also Read: Who Is Deacon Frey? Why Glenn Frey's Son Leaves His Father's Band "The Eagle"?

Alexandra Daddario is the eldest child of her lawyer parents. She has two younger siblings, Younger brother Matthew Daddario and sister Catherine Daddario.

Like his sister, Matthew Daddario too is an American actor who is best known for his role in Shadowhunters. While her younger sister Catherine is social media rising star.

She grew up in Manhattan’s Upper East Side along with her siblings.

At the Brearley School in her hometown, Alexandra Daddario began her formal education. She later enrolled in the Professional Children's School to further her acting career before transferring to Marymount Manhattan College to finish her schooling.

She, however, drops her college to concentrate on an acting career full-time. Since she was 11 years old, Alexandra has desired to be an actress.

She Wanted To Become A Lawyer In Her Childhood

As a child, you naturally try to follow your parents' line of profession as they advance in life and you become interested in it. Alexandra was no different; she was attracted to and influenced by her parents' career as a lawyer and aspired to follow in their footsteps.

Alexandra Daddario once revealed her mother told her "you can opt for any profession you want except lawyer".

When she was 11, she also decided to become an actress.

“It was just something I genuinely wanted to do and I could’ve done anything. I did have every opportunity on the planet.

Her Career: Started From Television

It takes effort to make a major difference. Alexandra began her career in television to become successful in Hollywood.

She made her television acting debut at the age of 16 in the ABC daytime serial opera All My Children, playing the victimized teen Laurie Lewis. From 2000-2003, she made an appearance in 43 episodes of the show.

After acting on TV and a few supporting and small roles in movies, she got her career's biggest breakthrough. She was offered the role of Annabeth Chase in the fantasy adventure film ‘Percy Jackson & the Olympians: The Lightning Thief,’  in 2010.

She was seen in an upcoming part of the Percy Jackson & the Olympians series as well.

Her other career-defining role was as Heather Miller in the film ‘Texas Chainsaw 3D in 2013.

She received wide appreaction for her bold role as Lisa Tragnetti in the first season of the HBO series ‘True Detective, she appeared in 4 episodes of this series in 2014.

The following year she got to share the screen with the popular actor Dwayne Johnson in "San Andreas."

She portrays Emma Corrigan in the 2019 film Can You Keep a Secret as well as serving as executive producer for the project.

In 2017, she was chosen to portray the female lead in the movie adaptation of "Baywatch," which became her next significant role. She shared the screen with Bollywood diva Priyanka Chopra and Dwayne Johnson along with whom she had worked earlier.

In addition to her physical beauty and acting profession, she is highly recognized for her dating status. She has been in several relationships.

After breaking up with Fuchs, Alexandra Daddario was linked with American R&B singer, songwriter, record producer and actor, Trey Songz in 2011.

Daddario was then in a romantic relationship with her Percy Jackson co-star Logan Lerman. Logan Lerman fell in love at first sight with Alexandra. The duo dated for 5 years. It is also believed that Alexandra and Logan Lerman got engaged in 2016 and they broke up later in the same year.

After her separation from Logan, Alexandra dated, and Daddario also dated American lawyer and journalist, Ari Melber in 2018.

She even dated Emma Watson's ex-boyfriend Brendan Wallace in 2019.

There was also rumoured that Alexandra is in a romantic relationship with Zac Efron. However, Alexandra cleared this rumour by denying the allegation.

"We work together closely; he’s my love interest in the film. I understand why people would go crazy over something like that, but Zac and I are very good friends.”

There are many men on Alexandra Daddario's dating list. She had dated and dumped numerous boys before committing.

Andrew Form, the husband of Alexandra Daddario, is a film producer and the creator of the American production company Platinum Dunes.

At the New Orleans Preservation Hall, the pair exchanged vows.

According to reports, the couple has been together for a while. They decided to get married in April 2021 and became engaged in August 2021.

After the wedding, Alexandra claimed she sought a destination wedding in Italy because she wanted to drink Italian wine for three days, but the pair fell in love with Orleans after spending time there.

“We loved the look of Preservation Hall—it was so old, so historic, it lets its age and ‘flaws’ show. That’s what makes it so beautiful. We wanted it to be about music, drinking, and authentic New Orleans.”

She further added, "Andrew's children from his previous wife were present there, they were Andrew Groomsmen, Ring bearer everything"

Alexandr Daddario's net worth is $9.5 Million as of 2022. She earned most of its from acting in movies, and TV Series and also earn a good amount from brand endorsement.

While her producer husband, Andrew Form has a net worth of $30 Million.