Home celebrity Who Is Alexis Knapp? Was She Married To Ryan Phillippe?

Who Is Alexis Knapp? Was She Married To Ryan Phillippe? 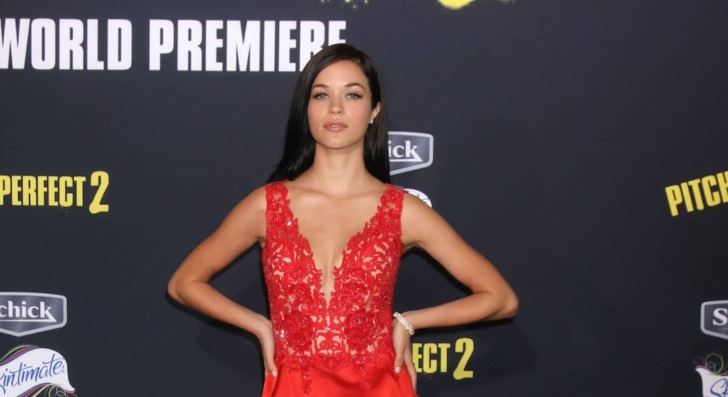 Alexis Knapp is an American-Born model, actor, and TV personality best known for her part in the Pitch Perfect series. Alexis Knapp is also well-known for hosting "Project Lore" an internet video series centred on the popular video game brand 'World of Warcraft.'

Alexis Knapp started her career with modelling at the age of 18 and then later got a breakthrough in acting.

How did Alexis Knapp meet Ryan Phillippe? why did they break up? What happened when Alexis Knapp was Pregnant? What is Alexis Knapp doing now? To know the answer to all the queries, stay connected with us. Here we will unleash every detail about Alexis Knapp.

Alexis Knapp originally Alexis Merizalde Knapp was born on July 31, 1989, in Avonmore, Pennsylvania. She is 33 years old as of now. She is born to a parent Marjorie and Bradford Elwood Knapp. While her father Bradford Elwood Knapp passed away because of lung cancer in 2004, Alexis was just 15 yrs old then.

Losing a father at a such young age has left a big void in her life, Alexis shares pictures of her dad on his birth date & death anniversary. Alexis Knapp shares Caucasian ethnicity and has American Nationality.

Alexis Knapp's siblings grew up along with her three brothers. But her father's necrology mention he has two daughters, Alexis and Rio Knapp and two sons Zach Knapp, and Joseph Elias Knapp.

Alexis's third brother is Bradford Isaac Knapp but few online portals suggest he might be Alexis's half-brother from his father's relationship with Pam. Her biological brother Zach is a surfing instructor at the Outer Banks Surf School.

Alexis always wanted to be an actress, for this, she moved to Los Angeles from Outer Bank, North Carolina at the age of 18. She begins her career with modelling.

In 2008, She hosted an internet video series "Project Lore", It was based on the video game ‘World of Warcraft. In 2009, she made her acting debut with a background role in ‘Couples Retreat’. It was followed by another background role in the film, "Percy Jackson & the Olympians: The Lightning Thief’’.

She got her first breakthrough in 2012 in ‘Project X’ where she played a role of a girl named Alexis. In the same year, she got her life-changing role of Stacie Conrad in the movie "Pitch Perfect". Her reputation grew as a result of the film, and she repeated her role as Conrad in subsequent instalments: 'Pitch Perfect 2' in 2015 and 'Pitch Perfect 3' in 2017.

A few other movies which are credited to her name are So "Undercover", "The Anomaly", and "urge". In 2010, Alexis Knapp made her television debut. She portrayed DeDe in an episode of the Showtime drama series "Look: The Series". She was also cast in the pilot episode of the drama series "Cinnamon Girl". Unfortunately, this episode didn't air.
She  got the opportunity to play a major role in the first season of "Ground Floor". Tori, the character played by Knapp, was a party girl.

Alexis Knapp's Relationship With Ryan Phillippe: Kai Knapp Was Born After Her Parent Break Up

Both Alexis and Ryan are pitch-perfect stars; the couple dated briefly in 2010 before splitting up. Alexis and Ryan had no intention of having a child, but Alexis became pregnant during their relationship.

The pregnancy was only revealed after the couple split up. When the news of Alexis' pregnancy broke, The Cruel Intentions actress embraced it and prepared to take care of the child.

But the things get twisted up, the birth certificate of Kai Knapp shows, that she is the third child of the actor Ryan Phillippe. The other two kids are from his wife Reese Witherspoon.

Ryan Phillippe Wanted the Custody of His Daughter Kai Knapp

After Ryan Phillippe's break-up with actress Alexis Knapp, it was revealed that Alexis is pregnant. Ryan was well prepared to assume the kai's responsibilities. He was anticipating the child's delivery, but Alexis seemed unconcerned.

Regardless matter whether the child was his or not, Ryan was present for Kai's birth with Alexis. Ryan desired custody of Kai Knapp, but Kai Knapp's mother Alexis kept her baby with her, and the independent mother never asked Ryan for anything and reared Kai on her own. Alexis raised her daughter as a single mother.

Alexis Knapp is the Stepmom Of Ava and Deacon Phillippe

Kai Knapp is the only biological kid of Alexis Knapp. While Alexis Knapp is the Stepmom of Ava Elizabeth Phillippe and Deacon Reese Phillippe. Both are born from Ryan Phillippe's marriage to Reese Witherspoon. Both her stepkids are a well-known actor who is following in their parent footsteps.

Regarding Reese Witherspoon, she is a well-known name in Hollywood. When she met Ryan for the first time at her birthday celebration, she was already a major figure in the entertainment story. Both have highly successful careers. Reese has garnered multiple accolades, including an Academy Award and a Primetime Emmy Award.

Alexis Knapp's net worth is $2.5 million to date, a chunk of which came from her acting role.

While her ex-husband Ryan Phillippe who is famous for his role in Cruel Intention has an estimated net worth of $30 Million as of 2022.