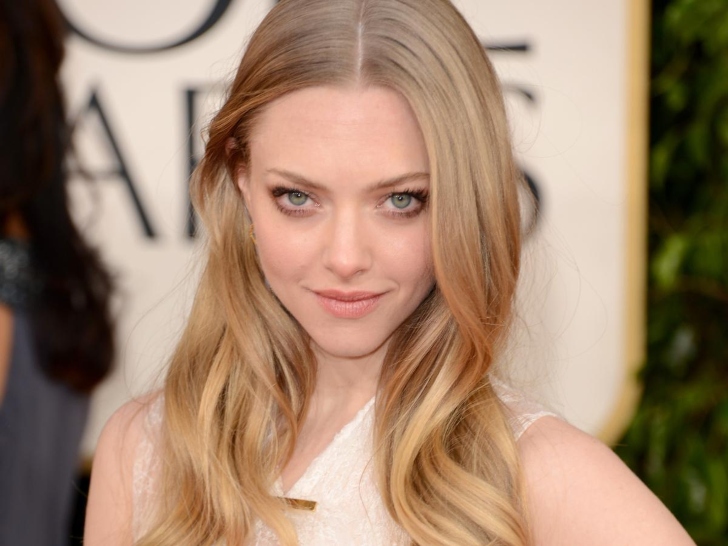 She has currently been appearing in the miniseries, based on a true story, The Dropout, as the leading role of Elizabeth Holmes.

Left College After Being Offered a Role in Mean Girls

Amanda Seyfried was born as Amanda Michelle Seyfried on December 3, 1985, in Allentown, Pennsylvania. She was raised by her parents with her elder sister Jennifer Seyfried who is a musician in the Philadelphia rock band Love City.

Seyfried studied at William Allen High School and completed her graduation in 2003. She joined Fordham University in New York City for further studies but didn't continue to study after being offered her role in Mean Girls.

Amanda Seyfried began modeling at eleven and signed into acting at the age of 15 on the CBS soap opera As the World Turns (1999–2001) and on the ABC soap All My Children (2003). At her teen, she took vocal lessons, studied opera, and trained with a Broadway coach.

She is known for the lead role in the movie Mean Girls(2004) which was a box office hit and increased Amanda’s popularity. She then appeared as the title character in the TV series Veronica Mars (2004-2006).

She also appeared in the popular HBO series Big Love as Sarah Henrickson. Rolling on into her acting career she appeared in numerous films. Among her movies in the late 2000 Mamma Mia! (2008) and Jennifer's Body(2009) was major.

She acted in the romantic drama-war film Dear John alongside  In Time, Cosette in Les Misérables, The Big Wedding, and Lovelace.   She also co-starred with Mark Wahlberg and Seth MacFarlane in the 2015 comedy film Ted 2. In 2019, she appeared in the comedy-drama film ‘The Art of Racing in the Rain’.In 2020, Amanda Seyfried was seen in the horror film ‘You Should Have left’.

She has won the ‘Locarno International Film Festival Award’ for ‘Best Actress’ for ‘Nine Lives. And also been awarded for ‘ShoWest Breakthrough Female Star of the Year.’ The same year, she received the ‘MTV Movie Award’ for ‘Best Scared-As-S**t Performance’ for her role in ‘Jennifer’s Body.’

Amanda Seyfried has been married to Thomas Sadoski. The couple first met on the set of a 2015 play, The Way We Get Back, and started dating in early 2016. They got engaged on September 12, 2016. One year later in March 2017, they got married in a private ceremony.

The husband-wife duo is the parents of two children, daughter Nina Sadoski Seyfried, and son Thomas Seyfried-Sadoski. Her daughter was born in March 2017 and got blessed with a son in September 2020.

Seyfried has suffered from panic attacks, anxiety, and obsessive-compulsive disorder throughout her life. She had been frightened of stage until 2015 due to which she refused to perform in stage performances too.

In 2018, Amanda and her husband Thomas joined the board of INARA (International Network for Aid, Relief and Assistance), a non-profit organization that helps injured refugee children by providing medical services.

The former couple started dating in 2008 but just after one year of relationship, they broke up in 2009. She previously also had an affair with Justin Long from 2013 to 2015.

Amanda Seyfried is a model and an actress who, despite beginning her career at an early age, she has remained relevant all along plus. The main source of earning is her acting career. As per the report, 37 years old Amanda has an estimated net worth of $12 million dollars. She owns a black Audi A4 car.

In 2010, Amanda bought a 1,585 square foot condo in NYC's Greenwich Village, and the following year, she bought a home in the Beachwood Canyon area of Los Angeles.

Seyfried also owns a rustic farmhouse in the Catskills that includes a barn (which has been turned into a guesthouse) and a stable for her goats and horses.

Amanda lives in the 4th-floor apartment, a part of the iconic Devonshire House in New York City, USA. It is located in the middle of Greenwich Village.