American Idol Contestant Cole Hallman: Is He Dating a Girlfriend? 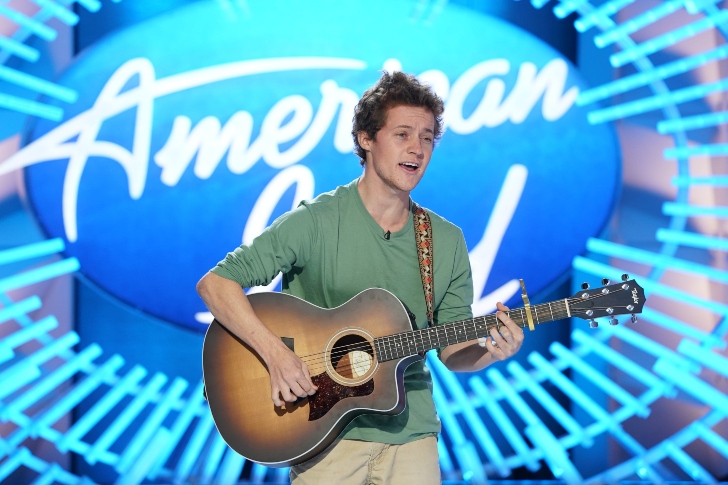 Cole Hallman is an American singer and songwriter best known for his amazing performance in season 20 of American Idol as a contestant. His soulful voice successfully impressed judges Luke Bryan, Katy Perry and Lionel Richie on the ABC singing reality show.

Following his audition on American Idol, Hallman became the talk of the town. Let's find everything about this singing sensation.

Cole Hallman was born on May 5, 1999, in Manasquan, New Jersey. His ethnicity is white and his nationality is American. He was interested in music since his childhood.

His parents David Hallman and Nicole Hallman raised him in Manasquan along with their two daughters. His sisters are Katie Hallman and Ellie Hallman. His father is a superintendent of schools in Belmar while his mother is a 3rd grade teacher in Howell.

Hallman completed his graduation from Hawaii Pacific University in 2022. Meanwhile, his sister Katie has just graduated from Manasquan High School.

American Idol producers spotted Hallman on TikTok when they discovered a video of the 22-year-old's music video that had 8 million likes. They then contacted Hallman and asked him to come for the audition in Nashville.

During the premiere on February 27, Hallman sang “Lodi” by Creedence Clearwater Revival for his audition and his performance was outstanding. He got all three yesses from the judges. Luke Bryan said that Hallman has an “authentic voice” while Katy Perry made a note of his “raw and passionate” voice.

Hallman had come with his mother and sister on the show and before making the decision, the judges asked if he wanted them to join him. His sister Katie was born with a chromosomal deletion, a disease that affects IQ and causes behavioral issues.

Katie is also “obsessed with the show” and addressing her, Hallman said, “She’s definitely my #1 fan.” The brother-sister duo then sang “You Can’t Always Get What You Want” together on the show.

Is He Dating a Girlfriend?

Scrolling down his social media accounts, we found him posting a lot of photographs while hanging out with friends. As for now, it is not revealed who Cole Hallman is dating but some sources have claimed that the name of his girlfriend is Allie Frank.

The sources say that the couple first met while in school and has been in a romantic relationship for year. Let us wait until Hallman officially reveals something about his relationship status.

What's His Net Worth?

As Cole Hallman has just started his music career, his net worth is maybe very less right now. However, looking at his amazing performance, we could say that he is probably going to be a successful career and become a millionaire.

We hope Cole Hallman becomes the winner of American Idol season 22. An Indian Idol winner gets a winning prize of $250,000.