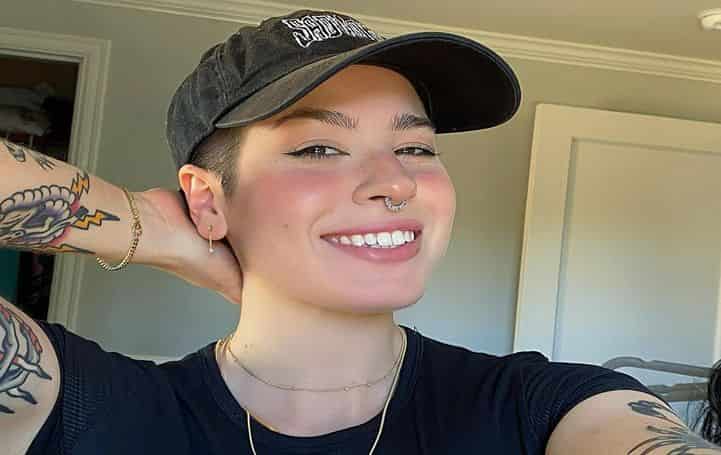 Anisa Jomha is a famous Twitch streamer and YouTuber. She mostly came to the spotlight when she started dating Ian Carter aka iDubbbz who is a famous American YouTuber and comedian with more than 7 million subscribers.

They started to date in 2016 and have been involved in several controversies together. To know more about Anisha Jomha Keep scrolling!

Jomha was born on 25 June 1993 to her Irish mom and Lebanese dad in Edmonton, Alberta in  Canada.

Jomha is a middle child who has got 2 siblings. Her older brother name is Muhammad and her younger sister name is Iman

In the past Jomha has worked as a sales executive, waitress, and also worked as a Lacrosse instructor for some time, before starting her career as a Twitch streamer with the name Rainbowkidz which she later changed to her real name. In 2015 she started her YouTube channel where she posts different kinds of content like talking about her life, game streams, and challenges.

In Twitch she streams herself playing league of Legends and interacts with her viewers. When she first started her streaming she used to wear revealing clothes for more viewers but later her mom got involved in her streaming and ensured her decency during streams. She even gave herself the name "Bobbie-streamer"

Since Anisa Jomha stepped in streaming she has been involved in quite a bit of controversy. She once sold her private photos through Twitch because of which she got banned from there, but after the controversy calmed down she was back to twitch. She was also banned from Reddit after a bit too much copyright removal.

The estimated net worth of Anisa Jomha is $2 million. She earns the majority of her income from twitch streaming, besides she posts different content on youtube and also keeps collaborating with other YouTubers like Beau and Ian carter.

Jomha has got lots of tattoos in her body. In November 2020 she first started to get tattoos, the first tattoo she embedded was a skeleton with a snake. It looks like she only gets tattooed because she loves it, but it doesn't have any meaning. She has embedded numerous different tattoos in different parts of her body because she finds it cool.

John is also a pet lover, she has got a female pet dog whose name is Fiona.

Anisa Jomha is in a relationship with Ian Carter who is an American YouTuber who is also going as iDubbz. He has over 8 million subscribers on youtube.

Jomah and Carter started dating after first meeting through social media platforms and later fell in love and started to date in 2016. She even moved to the USA to live with Carter together but had to return to Canada when her father suffered from Alzheimer's.

Her boyfriend Carter got a lot of backlashes when he supported Jomha to sell her private photographs.

There were even rumors that they had broken up when she had to move back to her home in Canada. But, recently in April 2021, iDubbz proposed to Anisa Jomha to which she said Yes.
Let's wish this couple future endeavors and happy life together.

VIsit Glamourbreak for more information on your fav celebs.