Home glammed Who is Arna Kimiai? Know About Her Incident With The Uber Driver

Who is Arna Kimiai? Know About Her Incident With The Uber Driver 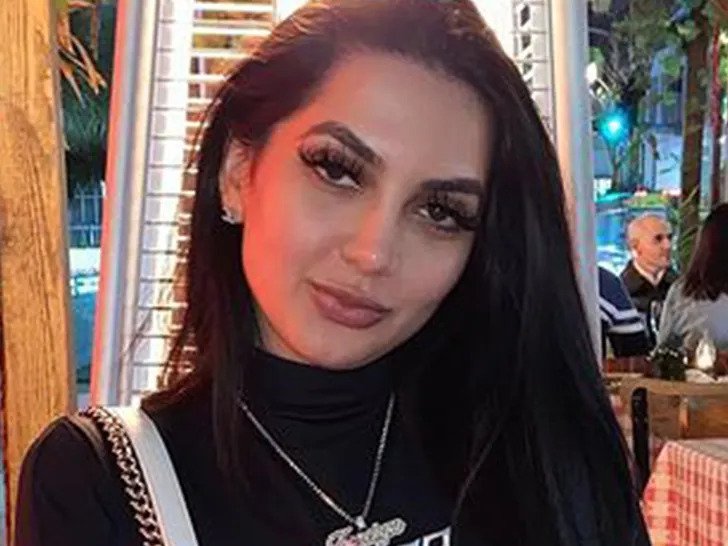 Arma Kimai is a Persian-born lady who earned the nickname Uber Bully for misbehaving with an Uber driver. She becomes the hot topic overnight for assaulting an Uber Driver who asked her to mask up.

A video went viral in which Kimiai coughed on the driver when he requested her to put on a mask, She then yanked the driver's mask off of his face.

This was not the first time when she played with the law, the list of her violating the law is quite long. She gained huge attention through her this behaviour.

She is a full-time social media influencer and icon who do her living by promoting the products.

Her Uber incident brought her into the limelight and people curiosity to know more about her. So, let's get started.

Her exact birth date is yet to reveal, some online tabloids mention it as 1994, while few mention 1996 while others are 1997. A popular online portal Daily Mail claimed Arna is 24 yrs old. However, one can guess she is in her mid 20's.

Arna thanked her fans on Instagram on January 29, 2021, for wishing her a birthday.

Arna Kimai Uber controversy brought her into the limelight and people's eagerness to know more about her increased.  It was found that her father is an incarcerated sexual offender Farshad Kimai.

On August 6, 1998, Farshad founded the now-defunct Arna Enterprises. But the company was suspended when Farshad was arrested for sexual assault.

While there is no information about her mother.

Her Infamous Incident With Uber Driver

Subhakar Khadka the Uber driver who originally belonged to Nepal was attacked by Arna Kimia and her two friends.

on 18th March 2021, Arna along with her two friends gets into the Uber and it is seen in the video that Arna's friends had their masks on while Arna was not wearing the mask.

Mask was mandatory as health guidelines issued because of the Covid-19 pandemic, Subhakar Khadka on realizing asked Arna to mask up and then only he will start the Uber.

But instead of following the health protocols, Arna instead coughed on him, grabbed Khadka’s phone, and eventually ripped off his facemask.

Khadka asked them to get out of the vehicle but the girl responded using cuss words, Khadka kicked them out of his vehicle saying everything is being recorded.

Arna Kimiai was arrested for assaulting the Uber Driver, attempted robbery, a misdemeanour count of battery, and one count of violating the local health Guidance.

And her friend  Malaysia King was also charged for the incident but was arrested for using fake IDs to withdraw cash from the bank.

He also added they mocked him because he originates from South Asia, saying;

If I was another complexion, I would have not gotten that treatment from them,” he said. “The moment I opened my mouth to speak, they realized I’m [not] one of them, so it’s easy for them to intimidate me.”

Arna Kimia got released on bail for 75000 US dollars and again she was spotted smoking cannabis and driving a car filming a video in which she said, " Who's in jail right now?''.

Both Uber and Lyft banned Arna following the incident.

Khadka told KPIX that he had to get out of his car because the spray was so oppressive. The spray remained and produced a blue stain on the car.  After Khadka begged for assistance multiple times, Uber granted him $120 to have his car thoroughly cleaned.

She Pleaded Not Guilty

Arna pleaded not guilty, saying there are always two sides to the story.

“plan was to go viral from the beginning instead of just taking us to our destination,”

She further went on to say,

“It’s always two sides to the story and [there] was a reason why he only cropped the video to 40 seconds and sent it to the news,” she added. “He never wanted to show y’all what he did that [led] up to that.”

Ladies accepted assaulting the driver on the live stream that was recorded and posted on Zoom.

“All I did was smack — take his mask off and cough a little bit, but I don’t even have corona,” she said, before later conceding that her actions were “disrespectful” and that “I was wrong for that” for taking off his mask. “But it could have been avoided.”

Arna Kimiai Stole the Identity Of Her Past Neighbour To Fraud

Just after the month of being viral for her uber incident, Arna once again came into the highlights and this time for stealing the identity of her former neighbour to do fraud.

A San Francisco oncology nurse, Emily filed a report on April 5, 2022, at the Southern Police Station.

I noticed I was getting Chase inquiries. There were about 12 of them,”

Emily told to police officers. Emily further added that she got a phone number from one of the places where Arna used her identity and while tracing the number she found the name Arna when she googled the name she not only found Arna as a viral person but also happens to be her past neighbour.

Arna's former Neighbour Emily further alleged that Kimiai had opened an electronic account with Florida Power and Light and purchased a Miami penthouse apartment under her identity. As a result, Emily submitted the reports to the SFPD, Miami PD, and US Postal Inspection Service. On April 27, 2022, she was ultimately taken into custody by the Miami Police Department.

Though Arna was arrested the charges made against her are unknown to the public.

Her Other Criminal Records

The Uber incident and Identity theft incident are not the only two criminal charges against Arna. She has been alleged of Multiple charges.

Arna was arrested on July 14, 2015, for assault on a person. The Orange County Sheriff's Office also detained Kimiai for burglary in February 2020. She was detained once more for illegally obtaining possession of a vehicle later that year.

Adding to this, she was accused of making an unsafe turn and striking another woman’s vehicle in LA on 2019. Two years later, in February 2021, the woman filed a civil suit against her.