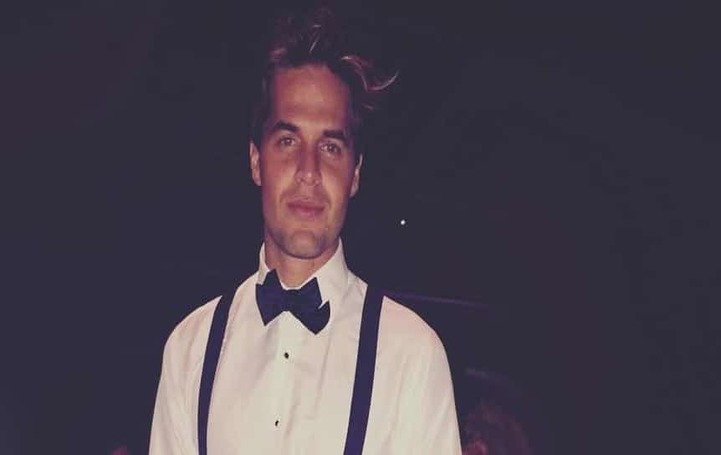 Billy McKeague is a well-known former hockey player and golf instructor. Since his college days, he was a star player.

He came to the spotlight when he was having an affair with professional Tennis player Victoria Azarenka who is from Belarus and is also the Number 1. singles player of tennis.

There is so much for you to know about him so keep scrolling!

McKeague was born in 1989 in St. Louis, Missouri to his father Chase McKeague, and his mother Lynn McKeague. His father Chase is the operation manager and his mother is the marketing director of their family business 'Chase and Company',.He has got a brother and a sister named Charlie and Lisa.

In 2007, McKeague attended Chaminade College Preparatory School in St. Louis for his high school studies. There he discovered his passion and interest in hockey.

Later, he attended the University of Missouri for his studies in speech and Dramatic Art because he was very much interested in art and public appearances. During his college years, he actively played sports.

McKeague has two siblings. His brother's name is Charlie McKeague and his sister's name is Lisa McKeague. His sister Lisa is a data execution analyst.

How he met Victoria Azarenka?

While Billy McKeague was working as a golf instructor in one of the resorts of Hawaii, he met Victoria Azarenka who was visiting her friend, a well-known volleyball player Gabrielle Reece and her surfer husband Laird Hamilton in Kauai, Hawaii.

Both of them fell in love with each other pretty quickly and they even moved together. But their short romance didn't go well for so long. By mid-2017 they had got separated.

Has son from his short romance.

McKeague welcomed his son Leo in Dec 2016. He loves his son so much that he spends as much time possible to raise his son.

Both McKeaggue and Azarenka had an intense case battle over their Leo's custody because both of them were having a hard time settling on the same page. Azarenka lost nine months of her career because of a court case but eventually, she got custody of her son.

Despite not getting custody of Leo, McKeague spends as much time possible with his son even if Azarenka has hired a nanny for Leo. So it is now easier for Arkenza to focus on her career because her former boyfriend takes care of their baby.

McKeagued being interested in hockey since his school days he was involved actively in sports. He even played 3 seasons of hockey during his college years, but couldn't play the final season. He was a great player but due to some reasons he left hockey and worked as a golf instructor in a resort in Hawaii.

The estimated net worth of Billy McKeague is $60,000. He earns his income through instructing golf in the resort of Hawaii.