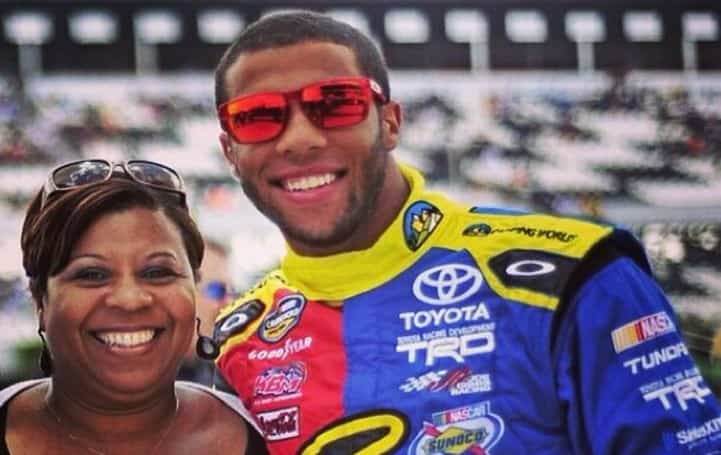 Bubba Wallace is a full-time NASCAR driver who was born to Darrell Wallace and Desiree Wallace. Darell is a businessman whereas Desiree is a social worker.

In Bubba's successful career his parent's support played a vital role. To know more about Bubba Wallace Parents stay with us.

Bubba was born to Darrell Wallace Sr. and Desiree Wallace. Bubba's father Darrell is an owner of an Industrial cleaning company and his mother Desiree Wallace is a social worker.

After some years of marriage, they got separated, but still, both of them are involved in their children's lives as much as possible.

His mother is the backbone of his family

According to Bubba Wallace, his mom is the backbone of his family. His mother has done so much for him and his sister that he is always grateful for her.

All the success he has accumulated from his career is because of his mother's support.

Desiree Wallace supports her children all the way. To support Wallace Desiree almost regularly go to watch his race.

Parents concerned about his safety

As in his career, his life is almost always at risk, so his mother was initially very reluctant about him getting into motorsports. And also because she had faced racism in past because of her interracial marriage she was scared for her son because he is the only full-time Afro-American driver in NASCAR.

His father was also very worried about him when he used to have sleepless nights due to his career.

When Bubba Wallace was first racing go-carts, his father was his very first sponsor. Darrell has always encouraged and supported Wallace in his Racing career and his sister in her basketball career.

While in one of his test sessions he almost killed his dad unknowingly. He hit his dad with his car and his dad went flying 30 feet in the air.

They had set up a cone in the practicing track and on one of the turning he didn't turn and hit right in the cones, unfortunately, his father was standing behind the cone and he went flying away. He almost thought that he killed his dad but fortunately he wasn't severely injured.

Thankful to both of his parents

For more info on your fav celebs visit Glamour break.