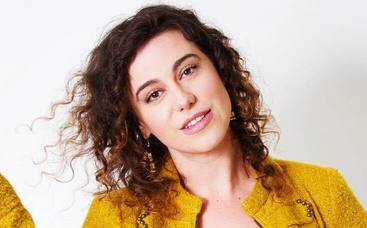 Caley Chase aka Caley Leigh Chase is an actress and producer. She is mostly known for her works on Before I sleep, Please Stop Talking, and Shakes.

She is the daughter of famous actors Chevy Chase, and Environmental activist Jayni Chase. There is so much for you to find out about Caley Chase's personal and professional life so keep scrolling!

Chase was born on 19 Jan 1985 in Los Angeles, California. Caley with her family moved to New York at the age of 10. Since her childhood, she was interested in adventure and traveling.

Caley's father's name is Chevy Chase who is an American Comedian, writer, and actor. He is famous for his work in National Lampoon, Saturday Night Live, and many more.

Her mother's name is Jayni Chase who is an actress and environmental activist and founder of the Center of  Environmental Education.

Chase has got two biological sisters and a stepbrother from her father's side. Her sister's names are Cydney Cathalene Chase and Emily Evelyn Chase whereas her brother's name is Bryan Perkins.

Chase graduated with a Bachelor of Arts from Brandeis University in Waltham, Massachusetts.

Chase is an animal lover, her social media is full of her parents and her pets. Back in her parent's home, she has poodles and a cat. Now that she lives away from her parents she is raising two cats on her own. Her cat's names are Cheeseburger and Littleface.

Caley has her own website where information about her upcoming projects and projects she has been working on can be found. Even the people who want to do business with her can get her e-mail on her website.

Working for a Good cause.

Caley Leigh Chase is dating a guy named Mike since Jan 2015. She posted a picture with Mike on her Instagram, but other information about her relationship is not revealed yet.

Chase has starred in movies like Please Stop Talking, Going Viral, Before I Sleep, Hotel Hell vacation, Sherry, and many more. She worked for Trinity Repertory Company from Aug 2016 to May 2017 as Assistant to Director and Full-time Apprentice. Then, she joined American Repertory Theater for 5 months where she worked as a freelancer.

In Jan 2018 she was directing intern in Shakespeare Company, and after 2 months of internship, she was hired as Assistant Director and Dramaturg. Then in Sep 2018 she switched the company and started to work for Huntington Theater Company. Currently, she is working as an Artistic Associate at Hunting Theatre Company.

The estimated net worth of Caley Leigh Chase is 1.5 million. She earns the majority of her income from her job as an Artistic Associate.

Visit Glamoubreak for more info on your fav celebs.