Home celebrity Who Is David Visentin? Know Everything About Co-host of Love It or List It

Who Is David Visentin? Know Everything About Co-host of Love It or List It 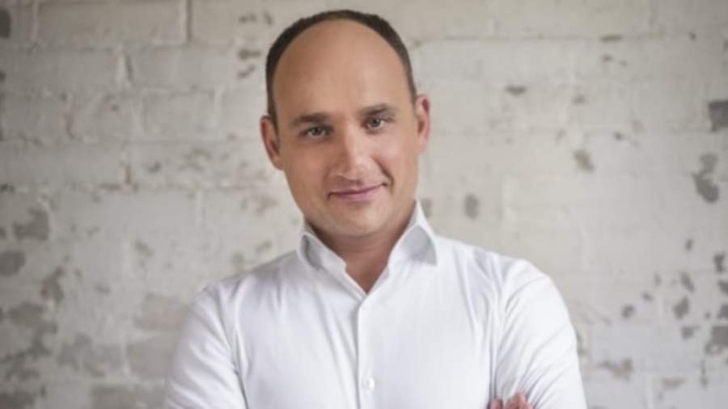 Visentin, who co-hosts HGTV's Love It or List It with Hilary Farr, adds his dramatic skill sets and haggling abilities to the show. The two also compete with their intellect, which brings millions of viewers to "Love It or List It." The successful realtor's major aim is to help in finding the dream house for the new residence.

David Visentin Early Life: He Belongs To The Family Of Realtors

David Visentin was born on June 1965 and grew up in Toronto, Canada. He comes from a family that holds expertise in the property business.  He is born to his father Nick Visentin while his mother's name is not known. He was raised in his home town Canada with his father along with his two siblings.

Talking about his nationality, he holds Canadian Nationality and belongs to mixed ethnicity. David Visentin's father, Nick Visentin is a broker who is running his own company over the years. David Visentin and his brothers work as a realtor. His sister too has a real estate license.

Also Read: Who Is Weslie Fowler? Unknown Facts About The Daughter Of Allison Holker

David Visentin is a reality TV star who is popular for his role in HGTV’s Love It or List It, TV One’s Makeover Manor, and HGTV’s Brother vs. Brother. Visentin and Hillary Fer co-hosted HGTV's Love it or List it.

Visentin, Just like his co-host Hilary, was hit by the acting fever in the past. He acted in high school drama and starred in the television show "My Parent's House."

The son of successful broker Nick Visentin, once asserted that it was because of this he was able to achieve it as a celebrity realtor. It seemed to be a dream continuation for him to mix his real-estate expertise and comfort in front of the camera for the program.

Even all of his siblings had done theatre in the past.

David Visentin Career As A Realtor

The co-host of Love It or List It, started his realtor career by joining his dad's company, Country Living Realty, a Rosemont-based company in 1987. Since then David has not looked back and gained huge interest in selling the properties.

The son of a Country Living Realty company owner is in the real estate business for over 2 decades and his 20 years of experience in this field landed him a job in the show HGTV's Love It or List It where he helps homeowners to find their dream house.

It was David's sister who helped her to enter the show. David's sister phoned him since they were seeking real estate brokers for a new tv show and hadn't found one yet. She would now approach her brother, Visentin, and say, 'Hey, David, you should go down and audition.' When asked about the producers during the audition process, the Toronto-born real estate specialist stated,

“They called up and said, ‘You’re brilliant. We want you. We think you’re going to make Hilary look good.'”

The successful realtor and the co-host of Love It or List It is a married person. David is married to  Krista Visentin since 2006. David and Krista is the parent of a son. Just like David Visentin's family member, his spouse also is in the Real estate business and originates from Canada.

She professes to specialize in real estate sales, leases, and administration, and she is supposedly fabulously rich. Being Married in 2006, the love birds welcomed their son, Logan in March 2011.

Logan's father on his birth said his proudest memory was indeed the birth of his son and the expression on his parent's faces when they met him for the very first time. While Visentin is among the most well-known faces on HGTV, the specifics of his marriage are a closed book.

David along with his son and wife is dwelling in Barrie, Ontario, and tends to keep their relationship and home life private.

David and Hilary Farr co-hosted the HGTV new program Love It or List It, they get very along on screen and their screen chemistry and mind games added life to the show. Their friendship and chemistry are not limited to the show, they are a friend indeed in reality as well.

Both David and Hillary have confirmed their bond behind the off-screen as well. Though David and Hilary appear to be complete opposites, both do not even try to conceal the fact that they're trying all out to win. However, they have a lot of respect for each other behind the scenes.

“Hilary and I have a lot of fun together, and I think people enjoy watching us having a lot of fun,”

Not only David but Farr too has said good things about her co-host, David while talking in a such interview. She said,

“There’s genuine deep affection between us and a really good, genuine, healthy competition … what you see is what you get. We do bicker, are exact opposites. We adore each other and make each other laugh a lot.”

Hilary Farr even went on to say that spending time with David Visentin is her favourite part of the show. They first met at the screening for Love It or List It. Hilary had already been cast, whereas David was picked after auditioning against a group of possible agents. David's co-host, Hilary Farr is a British-Canadian interior designer who renovates a homeowner’s current house in hopes of making it their dream home.

What Is David Visentin Net Worth? Who Has More Net Worth, David Or Hilary Farr?

David Visentin and Hilary Farr have been hosting the show Love It or List It over the years and they have earned huge from it. David also has earned well from his real estate business.

David's co-host Hilary Farr who is also an interior designer has acquired a net worth of $8 million while David Visentin has an estimated net worth of $6 million. Both of them have accumulated most of their wealth from the show Love It or List It.

Both of the hosts of HGTV's shows Love It or List It is paid over 100 thousand per year. Hence, it won't be wrong to say the longer the show runs more the wealth of David and Visentin will grow.

Q. Who is the Father of David Visentin? What does he do?

Nick Visentin the real estate broker is the father of David Visentin. He runs his own real estate company, Country Living Realty.

Q. Who is the co-host of David Visentin in Love It or List It?

Yes, David Visentin is married Krista Visentin. They Both got married in 2006.

Q. How many Children does David Visentin have?

David Visentin is a father of one son, Logan born in 2011.

Q. What's the net worth of David Visentin?

David Visentin has an estimated net worth of  $6 million.