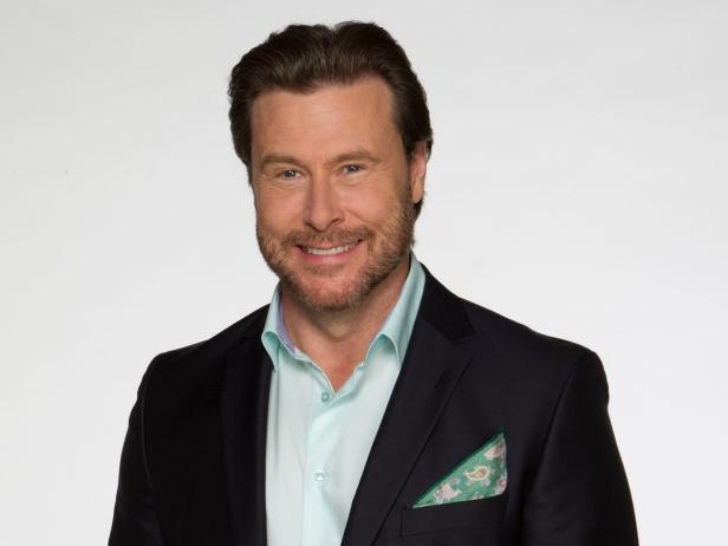 Dean McDermott is a popular Canadian actor best known as a reality television personality with his wife, actress Tori Spelling. He aris in the cooking competition “Chopped Canada” as a host in the program. Moreover, he is also known for the role of Constable Renfield Turnbull on his first TV series Due South.

In 2003, he starred in the movie Open Range as Doc Barlo which helped him to earn fame in his acting career.

On 12 December 2020, one of his sisters Dawn Mcdermott died of cancer after suffering from unrelenting pain.

On August 21, 2010, he became an American citizen at a ceremony in Los Angeles. Now he is of Canadian-American nationality. As for his educational background, he has attended North Albion Collegiate Institute. He has also studied his culinary arts at the Art Institute of California's Culinary School.

Dean McDermott's debut in the movie Graveyard Shift II as a Best Boy in 1998. Since then he appeared in many movies and TV series.

Some of the movies he performed are Open Range, Irvine Welsh's Ecstasy, and Against the Ropes. Similarly, some TV series where he arises is Always and Forever, Santa Baby 2: Christmas Maybe, and A Christmas Visitor. Overall he has played roles in more than 80 movies.

Apart from his acting career, he is a professionally trained chef. In 2013, he became the winner of Food Network's Rachael vs. Guy: Celebrity Cook-Off in the season second, and in January 2014, he began hosting Chopped Canada on Food Network Canada. And also he released a cookbook titled, The Gourmet Dad.

McDermott earned two nominations in the category of Best Ensemble Performance for The Tournament in 2005 and in 1997 for Lives of Girls & Women.

As we mentioned before Dean McDermott and Tori Spelling are a married couple. They first met in Ottawa, Canada, while filming the TV movie Mind Over Murder in 2005. At that time both were married to other people. After a year on May 7, 2006, the pair got married in a private ceremony in Fiji.

Dean was previously married to his ex-wife actress Mary Jo Eustace. The former couple tied the knot in 1993 but after 13 years of marriage, they got a divorce. The reason behind their divorce has not been revealed.

At the end of 2013, it was revealed that Mcdermott was cheating on his wife Tori. In the first month of 2014, he publicly admitted to cheating and checked in rehab for some health and personal issues. He also apologized for his unfaithfulness towards his wife.

Later the couple continued to work on their marriage, and things improved. Now they have a beautiful family and beautiful life.

Estimated Net Worth of $500 Thousand

McDermott has accumulated a massive amount of money throughout his career. Although he hasn't revealed his income salary, he has an estimated net worth of around $500 thousand.

Dean and his wife purchased their stunning 5,980-square-foot mansion in the gated community in the Santa Monica Mountains region of Los Angeles.

The couple bought that mansion for $3.7 million and the family of 7 is living in that house happily.