Home celeb-kids Who is Destiny Pérez ? Things You Don't Know About Pitbull's Daughter

Who is Destiny Pérez ? Things You Don't Know About Pitbull's Daughter 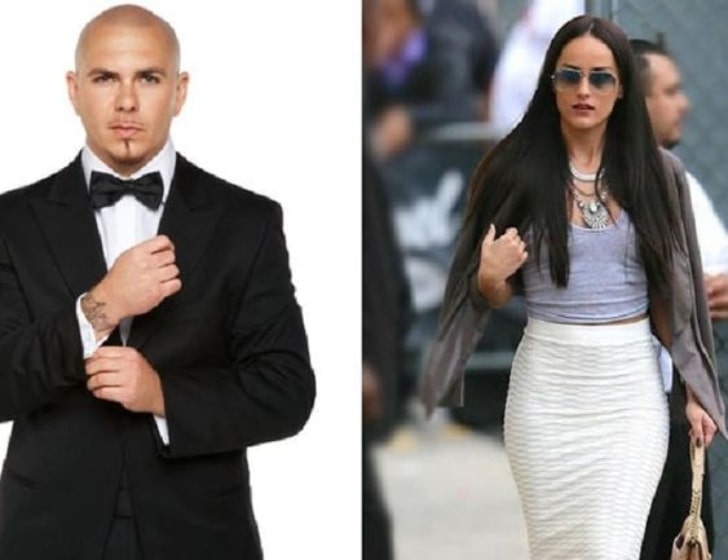 Destiny Pérez is the daughter celeb kid who is greatly known as the daughter of the famous American rapper Armando Christian Pérez who is better known by the name Pitbull. She is born to Pitbull from his relation Barbara Alba.

Her Father is also the co-founder of  Bad Boy Latino with legendary rapper Sean Combs. Along with singing, Pitbull also provided voice acting talents to the 2013 animated film Epic. Her father, Pitbull won the Grammy award and also many other prestigious awards.

The star kids are born popular because of the fame owned by their parents. So, how does she get along with her parents? What's going on in her personal and professional life? we will discuss some unknown facts about her.

Destiny Perez was born on 15th August 2002 in the United States. She is the eldest daughter of Pitbull and  Barbara Alba. She was dwelling together with her parents while they were dating but after the break-up of her parents, Destiny is living with Mom Barbara.

She has an ancestor history from Cuban and has American Nationality. She is in high school pursuing her higher school.

Regarding Destiny Perez's siblings, she has just one biological brother, Bryce Pérez who is a year younger than Destiny.

It is supposed that Pitbull and Barbara met in the 90s when Pitbull was still in his struggling phase trying to make his identity as a rapper.

Destiny's Parents, Pitbull and Barbara's romantic affair started in 2000 and after a couple of years, Destiny was born in 2002 and Destiny's Younger brother was born in 2003.

The duo remains together for more than a decade and was divorced in 2011. Despite being together for so long, they never got married.

Does Pitbull have a wife?

Pitbull prefers to keep his personal life away from the spotlight. That's why it's so difficult to guess what's going on in her personal life.

Pitbull was spotted saying, he was single and is ready to mingle in 2012. A decade passed but it seems like, his statement still fits the case.

Pitbull Is A Very Successful Rapper

Pitbull struggled a lot in his early days and worked very hard to create his own identity and eventually ended his struggle by becoming a successful rapper.

His first mainstream recording was a solo single on Lil Jon's 2002 album Kings of Crunk. Pitbull's debut album M.I.A.M.I. was released in 2004 by TVT Records.

Following the success of his first album, Pitbull released El Mariel in 2006. Some of his most successful albums include Armando, Planet Pit, Globalization, Dale, & others.

Pitbull slowly and steadily becomes a huge name in the industry and got a chance to feature Shakira, Jennifer Lopez and many A-listers. He also appeared in a song along with Bollywood gorgeous diva Priyanka Chopra.

He didn't limit himself to just singing, he featured in a few movies and TV shows as well. He was seen in  Blood Money, UglyDolls, When I Was 17, Shark Tank, & others.

Pitbull is also known by the nickname Mr. 305 Inc as he founded this band. Pitbull received many awards for his talent that including a Grammy award, ALMA awards and many more.

Destiny Perez  Dad, Pitbull Evolved in inspiring the next generation

Pitbull takes both sports and Miami very seriously and Pitbull is developing a sports-based curriculum at the Sports Leadership and Management Academy, a charter school in Miami.

He believes that it can help to build a great future and can inspire a lot. He is more concerned about the children of Miami and considered children there to be like him.

The artist claimed that if we can influence them mentally while they are still young and educate them on how to be motivated or inspired by themselves, they would learn to believe in themselves.

Is Destiny Pérez Dating a Boyfriend?

Destiny Perez is the daughter of the popular star but still, she has managed to keep her personal life secret and away from the limelight. She seems to be very possessive and has kept her relationship status very secret.

She has not yet disclosed any information about her relationships or affairs. We can assume that the star kid is single at the moment and is not dating anyone.

She has kept a very handful distance from the media and stayed away from the limelight.

Destiny Perez's Net Worth; Her Father Is Rich

It's tough to estimate her net worth, she is not personally involved. Her salary is behind the curtain however it is estimated that her net worth of her own is $300k.

While her dad is a popular rapper and along with singing, he featured in a few movies and TV shows. His income is very good because of her involvement in multiple fields.