Home celeb-kids The Unknow Fact About Dominick Wright: His Life After His Father Eazy-E’s Death

The Unknow Fact About Dominick Wright: His Life After His Father Eazy-E’s Death 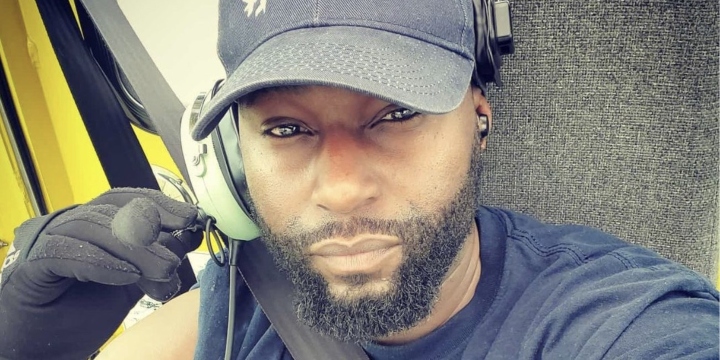 Dominick Wright is an American-born actor and a stuntman. He rose to popularity as the youngest kid of late rapper and musician Eazy-E. The stuntman & actor's son was born to his late father Eazy-E and Tomica Woods.

Eric Lynn Wright was his late father, better known by his stage name Eazy-E. In addition to being a rapper and vocalist, he also co-founded Ruthless Records with Jerry Heller.

After being hospitalized on February 24, 1995, Eazy-E passed just a month later. Dominick Wright's father Eazy-E died due to HIV/AIDS on March 26, 1995.

Dominick Wright was 2 years old when his fathers died and were raised by his mom.

Let's find out, How was the early life of Dominick Wright without his father, how he grew up and what is he doing now?

Dominick Wright was popular since his birth, he came into the light as the son of popular rapper Eazy-E. He was born on December 14, 1993, in California, the United States.

He is born to Eazy-E's wife Tomica wood, Tomica wood is now handling the charge of the Ruthless band which was founded by his late husband Eazy-E.

Dominick Wright Is The Son Of Eazy-E

Eazy-E, real name Eric Lynn Wright, was a deceased West Coast rapper and label co-founder who was a member of the N.W.A. Eazy- E's is the father of Dominick Wright.

Eazy-E, the composer of "Straight Outta Compton," was a high school dropout who initially made money selling drugs to start the Label with Jerry Heller.

Dominick Eazy-E decided against following in her father's footsteps and chose to become an actor and stuntman instead.

Dominick Wright belongs to a celebrity family, his younger sister is following in the footstep of her late father and is keeping him alive among the fans. But unlike his sister, Dominick Wright decided to be an actor & a stuntman.

In 2010's Total Rewrite, Dominick made his acting debut as Derrick Rhodes. Count on Me, The Fairy Prince, Indiewood, and Mistaken are among the movies he has acted in.

Eazy-E, the father of Dominick Wright, received an AIDS diagnosis 12 days after he wed Tomica Woods. Eazy-E starts to feel the cold as his health was becoming worse.

Eazy-E left his company and the Label in the care of her wife, Tomica Wood.

After Eazy was admitted to the hospital in February 1995 with serious respiratory problems, it was discovered that the rapper had AIDS. He was also told that he had pneumonia in addition to HIV/AIDS. On March 16, he made his health issue public.

Who is Dominick Wright's Mother?

Tomica Wright, the creator of the well-known company The Ruthless, was born in Los Angeles in 1969. Tomica Wood grew up splitting her time between residences with her father and mother and a brief stint in a foster home.

In a nightclub in 1991, Tomica and Eazy-E had their first encounter. After a year of courtship and a wedding on March 14, 1995, Eazy-E passed away from HIV/AIDS just 12 days later.

When Tomica married Eazy-E, she was already carrying Daijah Wright, who she gave birth to six months later.

Dominick Wright has just one biological sister, Daijah Wright. On March 14, 1995, Eazy-E and Tomica Woods got hitched. Eazy-E had only 12 days left before passing away from AIDS. When Tomica Woods and rapper Eazy-E got married, she was expecting a child.

The last time Eazy-E breathed was on March 26, 1995. When Tomica Woods' husband passed away, she was three months pregnant. Despite this tragedy, Tomica Woods cared for the unborn child and herself, giving birth to Daijah Wright on September 26, 1995.

The child of Eazy-E and Tomica Woods, Daijah Wright, was born six months after the passing of her father.

After the death of Daijah's Father, Tomica raised her daughter along with his son Dominick Wright.

Has Nine Half-Siblings From His Father’s Different Relationships

The son of late rapper Eazy-E, Dominick has only one biological sibling Daijah Wright. Both Daijah and Dominick were born to their mother Tomica woods.

However, Dominick has nine additional half-siblings from his father Eazy-E's other relationship, Eazy-E had a lot of romances and extramarital affairs.

Eric Darnell Wright, one of her half-brothers, followed in his father's footsteps and is now the CEO of NWA Entertainment, LLC. He also co-owns Compton MoneyGang with other members of his family. He's known as Lil Eazy-E as well.

Erin Bria Wright, one of her sisters, is a prominent rapper and co-owner of Eazystreet Entertainment LLC.

Currently, Erin and Eric are both contributing to the TV docuseries A Ruthless Scandal. The project emphasizes Eazy-tragic E's passing.

Early on, Eazy-E engaged in several criminal acts. One of them included selling drugs.

To earn money to launch the label The Ruthless, Eazy-E abandoned his high school studies and turned to drug dealing.

Is Dominick Wright Dating Anyone?

The 29-year-old stuntman and actor prefers to maintain a low profile. He can be a little possessive and keeps his romantic relationships a secret. As a result, we haven't been able to learn anything about his romantic life due to his intense secrecy.

Daijah's Mother who is now the CEO of The Ruthless has a net--worth of 5 million dollars.

Dominick Wright's Father's Net Worth At Time Of His Death

Eazy-E, Daijah's father, had an $8 million fortune at the time of his passing. But at one point, it was $50 million since Ruthless Records was raking in about $10 million per month in record sales during the height of NWA's fame.

However, Eazy-extravagant E's spending habits lead to drops in his net worth. He was prone to blowing a lot of money on homes, automobiles, and accessories.