Home celebrity Who is Eliza Rose Watson? Know Everything Related To Her Drug Addiction & Recovery

Who is Eliza Rose Watson? Know Everything Related To Her Drug Addiction & Recovery 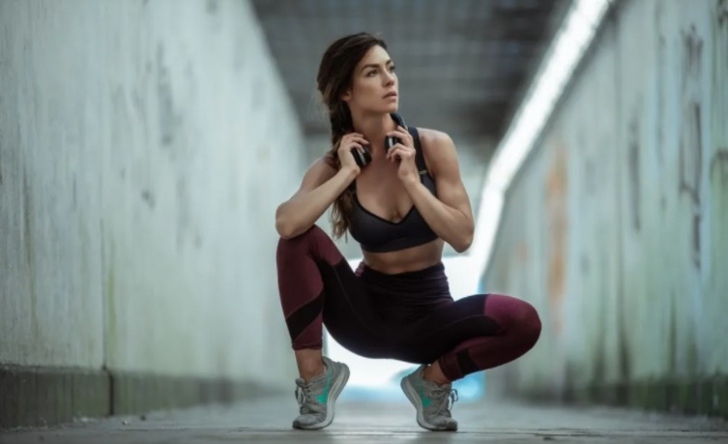 Eliza Rose Watson is a British Born Model and a Social Media personality who is famous for modelling for different swimsuit & lingerie brands. She is also known for posting bold & hot pictures of her own on Instagram.

Eliza Rose is a famous social media personality & gained a huge fan following by posting bold photos on her Instagram account. Her Instagram followers stand at 2.3 million to date. Her sensual pictures caught the eyeballs from all over the world and she gained huge attention in no time.

The attention she got from social media helped her to establish her career as a model, she got offers from various sports, lingerie, bikini, swimsuit, makeup and many more brand for their promotion. She was even approached by big and well-known companies like Fashion Nova, and Pretty Little Things for their product promotion.

Since she is a huge social media star and also a well-known model, fans might have interested to know more about her personal and professional aspects and especially about the truth behind the rumours of her drug addiction. Was she a drug addict? Here we will try to unleash everything about her.

Eliza Rose Watson was born in 1998 in the United Kingdom. She was born to her mother Lousie Watson. The name of her father and her two younger brothers is not known. She grew up with her two brothers.

Eliza has British Nationality and she belongs to Caucasian Ethnicity.

Also Read: Who Is Thomas Elms? Some Untold Facts About Him

She completed her schooling at a local school in her hometown. And then she joined the university from which she completed her graduation with a major in Psychology in 2016.

She didn't reveal the name of her school & college. She has kept her personal life tight secret.

Before gaining all the fame, she didn't have a good upbringing. She was a drug addict and a regular consumer of cocaine. She became a drug addict at the age of 23. Her modelling career and her drug addiction started simultaneously.

The money she gets from her mom for food & taxi fare, she used to spend on her addiction.

She stated in an interview with Truly,

When I first started modelling and going out I liked drinking cocktails, but by the end, I was necking neat vodka and whisky.”

She has been sober for over five years now, she was in this addiction for more than 4 and a half years.

Eliza had a horrible past that one could never imagine, she opened up about her fast and confesses that she tried to commit suicide several times as she was tired from her life.

“I was at the end of being able to cope. I’d made several attempts at suicide by then, spending time in hospital and police custody. I knew I couldn’t go on.”

Eliza didn't shy about talking about her dark past and spelt the truth that she had to beg money from strangers to take drugs. She even slept on the road, on park benches and on other people's couches during her addiction.

Eliza Watson also confesses, that after tricking individuals into lending her money, she eventually broke off all communication with them and stopped returning their messages.

While Eliza was coping with drug addiction, one of her friends asked her to attend the Alcoholics Anonymous meeting. Eliza who was tired of her life and want to get rid of this addiction went to the meeting along with her friend.

She continued her 12-step program and gradually started getting back on her feet. And as of now, she is fully recovered and is determined toward her career.

Watson Was a Teacher Before Joining Only Fans Community

Following her recovery, Eliza was slowly moving ahead and was trying to keep herself as much busy as possible. She started doing the work of a teacher, she used to teach kids ages 2-4 yrs. Eliza who was fond of kids was not satisfied with the money she used to earn as a teacher.

“Children are such sponges at that age. I loved watching them develop their social skills and seeing their confidence grow. The job was perfect but I wasn’t making enough money. I wanted to be able to pay my mum back the cash I’d stolen from her and others, and be able to stand on my own two feet.”

Because of the low salary, she opted out of teaching and decided to change her career path.

How Did She Become A Famous?

Her photographs and videos were released on the Reddit website by one of her followers from the Of community, and this is where she gained attention and her online popularity began to explode.

Because of her enormous popularity, she has been able to earn a sizable sum of money from social media and other online platforms.

As per her Instagram Bio, She has started working as an NFT artist too.

Eliza Thanks Only Fans Community for Changing Her Life

Eliza was earning a decent amount from her online platforms but she needed more and for the same decided to establish her only fan page. She is earning $2000 per month from her profile.

Eliza expressed her gratitude to the community for transforming her life from that of a homeless drug user to that of a successful star.

“Now if my family or my mum needs me, I can be there for them. Only Fans enables me to have that flexible life and the high I get from exercising is better than any drug or drink.”

But making money is not easy, Eliza used to give 16-18 hrs a day six days a week on her fan page, where she used to interact with her fans. Additionally, she asserts that Only Fans is more than simply a venue for "sexy talks"—it's a community.

She has spoken with ladies about fitness advice and how other females might benefit from her Only Fans account. She has shared her experiences in doing so.

She has a wide fan following on her social media handles, she is highly active on Instagram with the username @elizarosewatson, her Instagram followers stand at 2.3 million.

With the money she has amassed, Eliza is leading a very opulent existence. She makes a solid income from her only fan accounts, sponsored posts, modelling and promotion of different brands.

As of now, her projected net worth is $1.2 million.