Home celebrity Who Is Giselle Peacock? Everything About The Ex-Wife of Ballroom Dancer Artem Chigvintsev

Who Is Giselle Peacock? Everything About The Ex-Wife of Ballroom Dancer Artem Chigvintsev 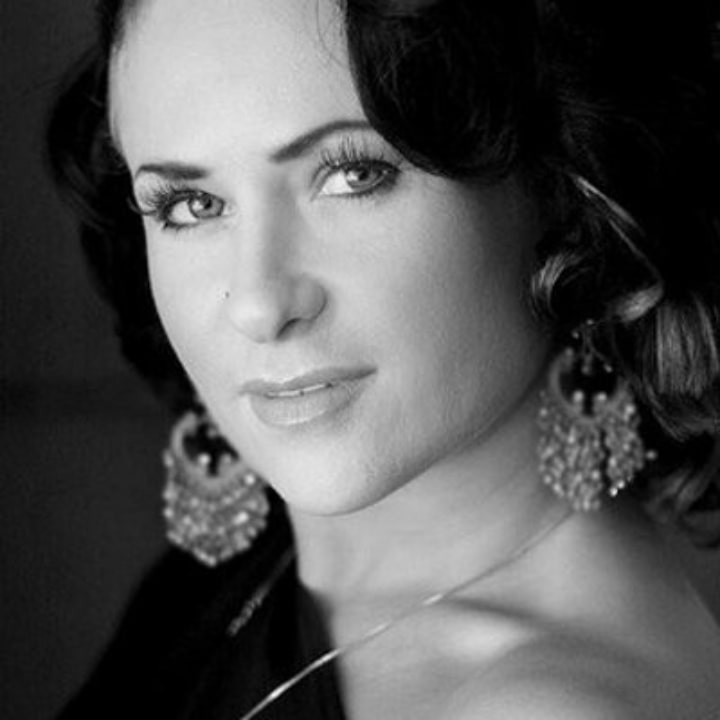 Giselle Peacock is the ex-wife of famed ballroom dancer Artem Chigvintsev, who is becoming proficient in Latine Dance. Her ex-husband, Artem Chingvisten, is an American-Russian professional dancer who is also a member of the Burn the Floor group.

Giselle Peacock is a celebrity dancer from California who is the United States champion in Ballroom/Latine Dance Sport. Born on February 15, 1981, the 43-year-old dancer and global finalist are currently teaching dance talents to individuals of all ages in a school in Sydney, Australia.

Giselle Peacock, who danced with her ex-husband Artem Chigvinstev, is not only adept in ballroom dance but also jazz, hip hop, swing, and salsa.

Over the years, the United States champion performed all over the world with Burn the Floor, a Broadway production in which Artem Chigvinstev was also a cast member.

Also Read: Who Is Kristin Luckey? Why Did She Leave Her Husband Billy Ray Cyrus?

How was the relationship between Giselle Peacock and Artem Chigvinstev, and how was the early life of Giselle and to know many interesting and unknown facts about her, Scroll below;

What Inspires Giselle Peacock To Become A Dancer?

When her parents used to take the lesson, she noticed the dancers wearing lovely and elegant accessories, and she decided to attempt those accessories on Giselle Peacock, who had chosen this art.

When asked why she chose to pursue a career in dancing, she replied:

I started Latin dancing when I was about 10 and started competing worldwide when I was 14 years old. My parents started ballroom lessons and I saw another girl my age there who was wearing high heel shoes. So I knew that if I started lessons my parents would buy me the high heels. It didn’t really have anything to do with dancing at all.

A young girl who was initially drawn to dancing because of the accessories quickly developed a liking for it, and she doesn't waste time winning others over with her dance moves. At the age of 14, she was competing in major Latine dance events all over the world, and she was already a pro in the sport..

A four-time United States ballroom champion has also represented the United States in the World Championship and finished as a finalist, only one step away from capturing the crown.

However, the US ballroom champions did not win the world championship title but did win the 2000 International British Championships in England. She also finished second in the Blackpool Dance Festival in 2001, along with partner Genya Mazo and others.

Giselle Peacock and Artem Chigvinstev first met at the Blackpool Dance Festival in 2003. Chigvinstev is a Russian native.

Chigvinstev never boarded the aeroplane back to Russia after attending Giselle's wedding in the United States, according to Giselle in a 2010 interview.

Giselle describes her meeting and falling in love with Chigvinstev thus;

We fell hard for each other. Artem didn’t have anywhere to stay, so I took him to my dad’s house in California where we shared a room, and we were inseparable. We started dancing together as partners within weeks of his arrival.

Artem was so impoverished that he didn't have a place to live or enough money to buy his daily necessities. Giselle was the one who helped Atem by buying him food and clothes, as well as financing dancing sessions and other activities.

Giselle was doing all of this because he was slowly falling for Chigvinstev, and she also asked her father to sponsor Artem's work visa, and Giselle's father agreed to fund Artem's work visa daughter and Artem could practice together.

The duo started practising together and slowly both were attracted to each other and taking their feeling to next level, the duo marry each other in 2004 however this marriage just lasted for few months.

Giselle was intrigued by the destination wedding, but she was also concerned that once Artem left the United States, it would be difficult to bring him back.

This marriage eventually ended in divorce in 2005.

Giselle And Her Ex-Husband Artem Were Dance Partners

Giselle Peacock invited Artem to her father's house, and her father sponsored Artem's work visa. Artem and Giselle used to practice together after obtaining a work visa.

Their friendship grew as they practised together, and their intimacy improved their performance. During this time, the pair began competing together in the United States. Many competitions were won by the duo. Between 2003 and 2005, the duet won five Amateur Latin championships in two years.

The Reason Behind Their Fall Out

One of the classic quotations that everyone should know is "Overnight Success Can Make You Greedy." The same is true for Artem Chigvinstev.

Chigvinstev, who went from zero to hero, couldn't take his success calmly and be preoccupied with his name, fame, money, and success.

Giselle was astounded to witness the change of a sweet, slender Russian lad into one obsessed with fame, success, and money.

After their divorce, the couple auditioned for So You Think You Can Dance (Dancing With The Stars) in 2005.

The Judges praised their chemistry and said it was obvious. Giselle remarked that the intimacy between her and her spouse strengthens and complements their dancing.

Giselle was eliminated from the audition, but her husband Artem Chigvinstev was chosen. Giselle, who thought her husband was a sweet person, begins to notice changes in Artem's body language and behaviour.

Giselle stated in an interview with Daily Mall:

I went home and Artem never came back with me. He disappeared from my life. He stopped taking my calls, and never even went back to my dad’s house to pick up his clothes. In the end, all I could do was leave him a voicemail saying: ‘As you won’t talk to me, I thought I’d let you know that I want a divorce,’

After being separated from Artem, Giselle stated, "I wonder whether he was a Gold Digger and married her simply for his profit and to obtain the green card."

Artem Chigvinstev received his green card as an official United States citizen in 2014. Artem Chigvinstev is married to WWE superstar Nikki Bella. They have a son, Matteo Artemovich Chigvintsev, together.

Peacock married guitarist Giorgio Rojas in 2010 after divorcing Chigvinstev. Giorgio Rojas is a musician who began playing instruments when he was three years old.

The Peruvian-born pianist earned a bachelor's degree in music from Australian National University and also taught jujitsu at his wife's studio.

Giorgio and Giselle have moved to Australia permanently and have two lovely daughters.

However, it's quite a long when the couple appeared together or was seen in any public gathering which raises the speculation whether the couple is still together or the parents of the two children parted away.

Also Read: Who Is Rainey Qualley? Know Everything About Andie MacDowell Elder Daughter

What Is Giselle’s Net Worth and what is she Doing Now?

Cardio, cardio dance, barre, yoga, pilates, and body sculpting are among the dances taught at the studio. During the Covid-19 pandemic, the lessons went virtual.

The net worth of Giselle Peacock is unknown. Her ex-husband, Artem Chigvinstev, whom she financially supported in his early stages, has a net worth of more than $6 million.

Nobody has looked into Giselle Peacock's net worth, however, it is said to be between $100,000 and $1 million.