Home celeb-kids Who Is Hazel Krasinski? Everything About Emily Blunt And John Krasinski's Daughter

Who Is Hazel Krasinski? Everything About Emily Blunt And John Krasinski's Daughter 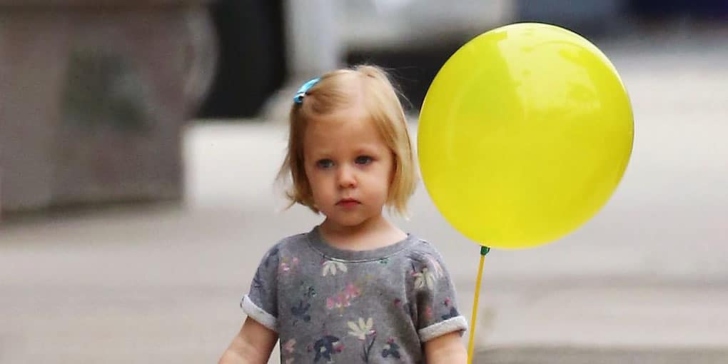 Hazel Krasinski is an American-born star kid. She rose to prominence as the daughter of Emily Blunt and John Krasinski. Both her parents are famous Hollywood actors. She is the first child of her parents.

Hazel Krasinski's mother, Emily Blunt, is famous for her roles in movies like The Devil Wears Prada, Edge Of Tomorrow, A Quiet Place, and others. While Hazel's father John Krasinski is four Primetime Emmy-winning actor who becomes famous for essaying the role of Jim Halpert in the NBC sitcom, "The Office".

Hazel Krasinski who is the elder daughter of Emily Blunt has adopted her mother's British accent. Emily and John prefer low-key profiles when it comes to revealing anything about their daughters. Hazel caught the public eyeball when she was born to star parents and since then people are interested to know about her. Stay with us to learn more about the daughter of Emily Blunt and John Krasinski.

The celebrity couple, Emily Blunt and John Krasinski welcomed their first kid Hazel Krasinski on the 16th of February 2014. She was born in California, USA. Hazel Krasinski was born with the star sign Aquarius. She belongs to American Nationality.

Regarding Hazel's ethnic background, her mother, Emily, is English, with traces of distant Scottish and Welsh and his father is Polish. She is thus a little bit Irish and Polish.

Hazel Krasinski is 8 years as of now and she is a school-going kid. Both Hazel and her sister Violet attended in-person school in London during the COVID-19 pandemic.

Both of Emily's daughters attended real schools when she made a visit on Jimmy Kimmel Live in late 2021, and the girls also excelled at British accents.

Hazel, the elder daughter of John and Emily, is not deaf, despite countless rumours to the contrary. The younger one is in excellent health and is developing quickly.

After American actress, Millicent Simmonds, who is deaf, portrayed the character of Hazel in the film A Quiet Place, the suspicions that Hazel was deaf began to spread in the media. Even before she turned one, a medication overdose caused her to lose her hearing.

Also Read: Who Is Truice Young? Know Everything About Dr. Dre's Son

Hazel and Her Sister Has British Accent

While their mother Emily is British, Hazel and her sister Violet's father John is American. However, Violet and Hazel, her older sister, also picked up their mother's accent. This may be the case because, as Hazel's mother claimed in an interview with Jimmy Kimmel in December 2020, the entire family resided in England during the formative years of Violet and her sister.

She claimed that her youngest child, Violet, had fully embraced her new accent and that her other children had begun to sound rather British.

Emily Blunt also mentioned that Hazel once lost her British accent and was developing an American accent,

“Hazel had my accent for a long time and would say things like ‘water’ [in a British tone], which I was proud of. And then the other day she goes [in a whiny American accent], ‘Can I have some water?’ I was like, ‘Nooo!’”

She stated on a talk show with Jimmy Fallon

Emily and John first encountered each were in the restaurant, where a familiar friend introduced them in 2008. The couple started dating immediately after falling in love at first sight. When discussing their first official date with Conan O'Brien, Krasinski admitted he wasn't sure he would ever win her heart.

“On our first date, I decided, ‘I’m gonna hit the gas and bring her to a gun range. I think that I was so sure that I would never end up with her…that I was like, ‘You know what, I’m gonna blow it right away and then that way you don’t feel bad.”

The date went well, which surprised everyone, and John later asked Blunt to marry him in Los Angeles. When she said yes to him in 2009, all of their friends who were present could be seen crying happily in the couple's eyes. The couple planned to get married within the year, so they exchanged vows on July 10, 2010, in a small ceremony conducted at George Clooney's Lake Como villa.

Hazel's parent are in the Entertainment industry for over 2 decades and has made a significant contribution. Her father, John Krasinski, gained international acclaim for his role in The Office. He worked on the NBC sitcom as a producer and occasionally as a director in addition to playing the character of Jim Halpert from 2005 to 2013.

The Royal Family stage show saw Emily Blunt, who plays Hazel's mother, make her acting debut. She finally gained a break thanks to her work in The Devil Wears Prada and the TV movie Gideon's Daughter. Her roles were in Henry VIII, The Young Victoria, My Summer of Love, and The Adjustment Bureau. Hazel Krasinski's Mom, Emily Blunt, is among one of the highest-paid actresses in the world in 2020, according to Forbes.

Also Read: Who Is Elsie Otter Pechenik? Everything About Zooey Deschanel And Jacob Pechenik's Daughter

Hazel Parents Shared The Screen Together

Both her parents shared the screen together in the 2018 horror flick" A Quiet Palace". The movie was directed by Hazel's dad John Krasinski himself. Emily fell in love with the script and requested John to cast her in it. The movie was both a critically and commercial success and won several awards.

They reunite again for its sequel titled A Quiet Place Part II in 2021. Like its first part, this movie too received a positive response from the critics and the audience and was a big hit. Due to the COVID-19 epidemic, it became available to stream through Paramount+ 45 days after its theatrical debut.

when the Covid-19 Pandemic terrors were threatening the entire world. The Krasinski initiative helps those in need. Throughout the Covid-19 epidemic, Violet and Hazel Krasinski, the daughters of John and Emily Blunt, took part in activities relevant to their education.

They produced T-shirts in support of chef Guy Fieri's initiative with the Restaurant Employee Relief Fund, which helps workers in the hospitality industry. Their artwork had a Pepsi motif, and the business' website advertised it. John Krasinski, their father, even reconnected with The Office cast members to help his daughters with the advertising.

Both Violet and Hazel are appreciating the opulent upbringing their parents are providing for them. The combined total wealth of Violet's parents is $80 million. It's also important to note that Violet's mother was among the highest-paid actors in 2020 according to Forbes.