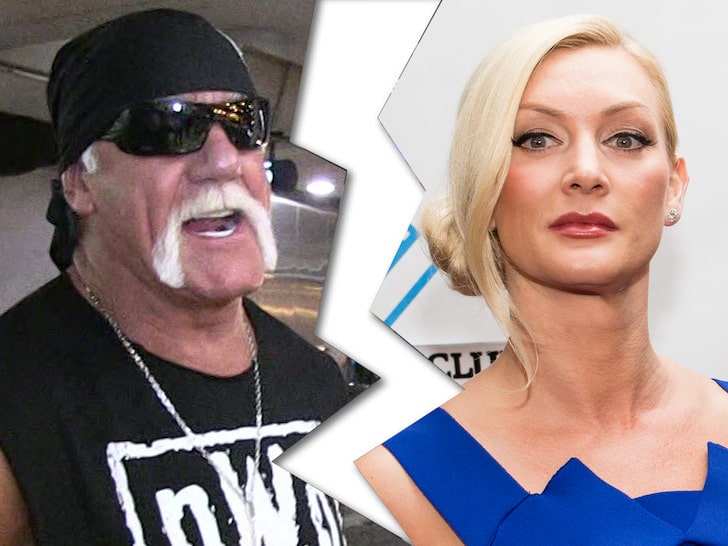 Hulk Hogan and Jennifer McDaniel are no more together. The former WWE star has officially announced that he has got a divorce from his second wife.

The popular wrestler took to Twitter on February 28, 2022, to announce his split with the make-up artist. It's been confirmed that Hulk filed for divorce in October 2021. It was finalized one year later.

As speculations about his current relationship status were spreading on the internet, 68 years old Hogan also revealed in his tweet that he is dating a new girlfriend now. The name of his girlfriend has not been revealed but TMZ has reported that Hogan has been spotted hanging out with a woman at bars in Clearwater, Florida.

Hogan and McDaniel got engaged in November 2009 and one year later in December 2010, they tied the knot in a waterfront wedding in December 2010. The nuptial was held behind Hogan's home in Clearwater.

Hogan was previously married to television personality Linda Marie Bollea, who is now famous as Linda Hogan. Linda is best known for the TV show Hogan Knows Best starring herself with her husband Hogan and their two children. The personal life of the wrestler was the centerpiece of the show.

Hogan and Linda got married on December 18, 1983. After 27 years of marriage on November 20, 2007, the television star filed for divorce from Hogan in Pinellas County, Florida. The divorce was finalized two years later on July 28, 2009. They share two children, son Nick Hogan, 31, and daughter Brooke Hogan, 33, together.

In an interview with the National Enquirer, Plante claimed that Hogan had an affair with her in 2007 while his family was shooting Hogan Knows Best. She was 33 at the time and had been working with his daughter Brooke Hogan on an album that was released in 2006.

However, Hogan denied the allegations that he was in a relationship with Plante.