Home celebrity Who is Jacob Tremblay? Know Everything About The Young Oscar Award Winner

Who is Jacob Tremblay? Know Everything About The Young Oscar Award Winner 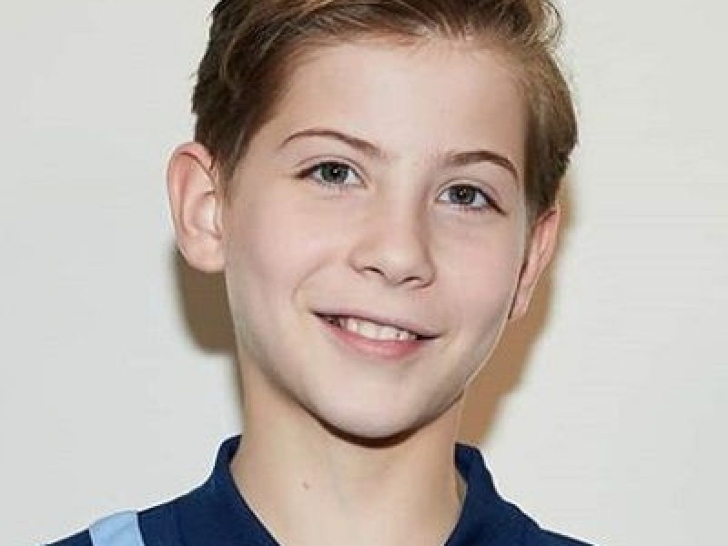 Jacob Tremblay, one of Hollywood's most sought-after young stars, is a Canadian actor who has appeared in the Oscar-nominated film Room, for which he won a Critics' Choice Award, a Canadian Screen Award and became the youngest nominee for the Screen Actors Guild Award for Outstanding Performance by a Male Actor in a Supporting Role.

He afterwards starred as August Pullman, a child with Treacher Collins syndrome, in the drama Wonder, which earn him an additional Critics Choice Award nomination, the film Good Boys, Doctor Sleep & so on.

But what about his early life? How did he come into the acting industry? In this article, we will discover about his whole life. Stay connected with us.

Jacob Tremblay, the middle child of a police detective father Jason Tremblay and & homemaker mom Christina Candia Tremblay, was born on October 5, 2006, in Vancouver, British Columbia. Emma, Tremblay's older sister and younger sister Erica are also actors. The child Actor is very close to his family and shares great relationship with both his sisters.

He did his primary study at a Local High School in British Columbia.

He is pursuing his studies and is also focusing on his professional career simultaneously. Being an avid fan of the Star Wars franchise and always dreamed of becoming a popular actor, he started his career when he was just seven years old.

Tremblay lives in Langley, British Columbia, with his family. He has a dog named Rey, after Daisy Ridley's character, who is an avid fan of the Star Wars franchise.

Jacob Tremblay is the young actor who made his acting debut with the live-action animation movie The Smurfs 2, released in 2013. Tremblay starred as Jack Newsome in the critically acclaimed drama film Room with Brie Larson, directed by Lenny Abrahamson, which premiered on September 4, 2015, at the Telluride Film Festival. The film was released on October 16, 2015. Due to his remarkable performance, he became the youngest actor nominated for Screen Actors Guild Award and the second-youngest in all categories.

In 2016, Tremblay portrayed a supporting role in Donald Trump's The Art of the Deal: The Movie, the comedy series The Last Man on Earth & Wes Firth's character in the adventure comedy-drama Burn Your Maps with Vera Farmiga and Marton Csokas.  Not only this, but he also acted in the horror film Before I Wake with Kate Bosworth and Thomas Jane and played a supporting role in the psychological thriller Shut In, alongside Naomi Watts, co-starring Oliver Platt, and directed by Farren Blackburn.

In 2017, Tremblay played Peter Carpenter in director Colin Trevorrow's drama film The Book of Henry, co-starring Naomi Watts and Maddie Ziegler as August Pullman, a child with Treacher Collins syndrome, based on R.J. Palacio's novel of the same name. The latter film proved to be his most successful, earning over $285 million against a $20 million budget.

In 2019, he made his by headlining the R-rated comedy  Good Boys Tremblay's comedy debut movie earned $21 million during its opening weekend, becoming the first R-rated comedy since The Boss, which was released in April 2016, to finish first at the box office.

Likewise, Trembley also played a cameo in Doctor Sleep & the 2019 sequel to The Shining, as a kidnapped boy tortured to death, directed by Mike Flanagan. The director Flanagan commented on his performance,

"He's one of the best actors I've ever worked with in my entire life."

In July 2019, he also voiced Flounder in the live-action adaptation of Disney's The Little Mermaid by Rob Marshall. On October 16, 2020, he was featured in the video for Justin Bieber's new track "Lonely." Tremblay voiced the titular character in the Disney Pixar movie Luca and Robin in the D.C universe adult animation series Harley Quinn.

The Canadian actor Jacob Tremblay is best known for co-starring as Jack Newsome in the 2015 film Room, for which he won the Critics' Choice Movie Award for Best Young Performer.

His "literally" fascinating acceptance speech came after the victory. He exclaimed, "This is really cool. He remarked, "It must be really difficult to vote because of all the other wonderful actors in this category. This is the best day of my life."

He was also nominated for the Screen Actors Guild Award for Outstanding Performance by a Male Actor in a Supporting Role.

Jacob Tremblay is only in his teens, yet he is already a well-known actor in both Canada and Hollywood. His performance on Room and Good Boys assisted him to advance his career quickly.

The 13-year-old child genius reportedly earned approximately $1 million for his performance as Max in the 2019 coming-of-age comedy movie Good Boys.

Tremblay reportedly received $900,000 for the part, according to TMZ in November 2018. Furthermore, the publication earlier said Tremblay signed a $100k deal to portray Bradley Trevor in Doctor Sleep.

However, He is still working on his future project, and his net worth is sure to see upward trends.

Q. How much money did Jacob Tremblay make from Wonder?

Q. What is the net worth of Jacob Tremblay?

The net worth of Jacob Tremblay is around $1 million as of 2022.

What is the age of Jacob Tremblay?

Q. For which movie Jacob Tremblay received an Oscar?

He won the critic's choice awards for the movie Room

Q. Which was the debut movie of Jacob Tremblay?