Home celebrity How Did James Heltibridle Die? How Old Was James Heltbridle At The Time Of His Death?

How Did James Heltibridle Die? How Old Was James Heltbridle At The Time Of His Death? 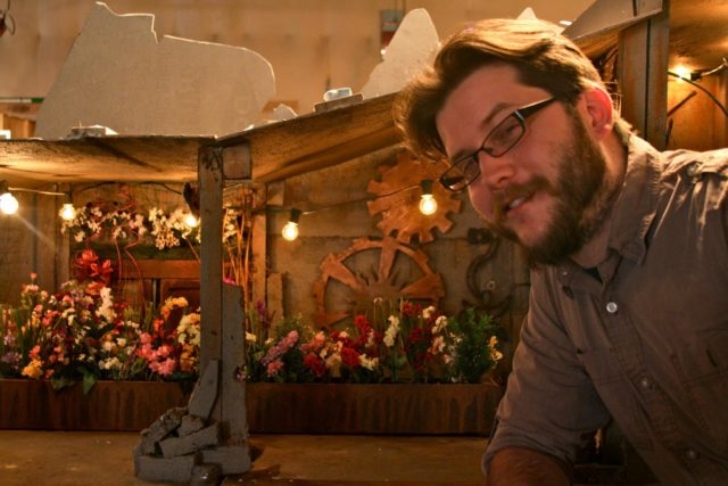 James Heltibridle's full name James Benjamin Heltibridle is a late American Artist, designer and filmmaker. He is most popular as the production manager of the super hit series "The Walking Dead". The extra talented James died in a horrible car accident in 2016, at the age of 28.

An episode of the series "The Walking Dead" was dedicated to him, as his death was sudden and he was a core member of the crew.

James is also known for working in small short films such as Death and the Robot in 2013 and Memories in 2012.

James was a skilled full personality but very less people knew about him as his work was behind the camera, he became the centre of public attraction only after his demise. Hence, people are curious to know about him. So, Here are we to enlighten James' personal and professional aspects.

He was born on 29th November 1988. He was born to Robert Heltibridle and his wife Barbara Heltibridle. James belongs to the Caucasian ethnicity and has American Nationality.

In 2009, he enrolled in the University of North Carolina School of the Arts to pursue a degree in film production. In 2013, he received his diploma and a certificate in art direction and production design.

He started his career as an art director at Run and Gun, in Asheville. His job was to execute the desired design of the movie. In 2014, he did intern at Studio s2 for interior design. His work was to create volumetric designs and 3D models for the company. At the time, he modified CAD build designs as well.

His working credits include Death and the Robot, Venison Eaters, Dust Devils, and more.

After doing a few short projects, James got his biggest breakthrough when he joined the highly successful TV Series The Walking Dead. He joined the Props Department of the hit TV series.

He worked there as the property master and also did a few integral works behind the camera in 16 episodes in 2016. Some of his uncredited episodes of the highly successful series were Hearts Still Beating, Sing Me a Song, The Day Will Come When You Won’t Be, and more.

James has been spotted at the TV show's events since 2015.  he also posted some images from the project on Twitter.

James also works as a part-timer in Merch Associate at Crate and Barrel, a furniture store.

How did James Heltibridle die?

James when just begins to taste the success of his hard work, died in a terrible car accident. James died on 10th November 2016 in a horrible accident. The Michael Jaegers Officially Undead Fan Site Facebook was the first to flash this unfortunate incident, they wrote,

“RIP to James Heltibridle, one of our unsung heroes on The Walking Dead and part of our film industry family. James worked in the Props Dept and was killed in an auto accident last night.”

University of North Carolina School of the Arts, the former college of James wrote ,

“The #UNCSAalumni family lost one our own last week. James Heltibridle (Film ’15) was killed in a car wreck after leaving the set of The Walking Dead. You can leave an online condolence to his family here. Memorial donations can be made to the Film Art Department at www.uncsa.edu/giving.”

The event allegedly took place when Heltibridle was returning from the television program The Walking Dead, according to the aforementioned claim.

Was James Heltibridle Dating Anyone?

James just got his major breakthrough when he join the crew of "The Walking Dead". He was just to taste the success of his hard work when this tragedy happened. He was fully determined toward his career. Hence, he was single and was not dating anyone.

There is no information available concerning his college days sweetheart.

Also Read: Who Is Vincent Sinclair? Who Casted Him To Play The Younger Version Of His Father Vin Diesel In Fast & Furious 9?

James has just begun his career and according to reports he had an estimated net worth of $500,000 at the time of his death. He got a major chunk of his earnings from the hit series" The Walking Dead" where he did much work behind the camera.