Home celebrity Who Is Jenny Popach? Unknown Facts About The TikTok Star

Who Is Jenny Popach? Unknown Facts About The TikTok Star 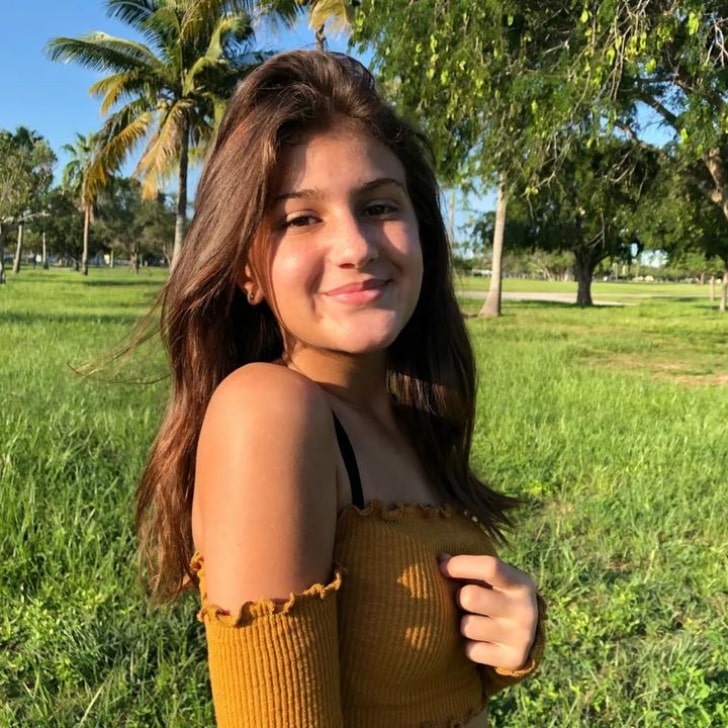 She first gained a web following on YouTube by posting videos such as tutorials and challenges.

Her mother Maria Ulacia, is also a famed TikTok icon with a considerable fan base.

Jenny Popach began her internet journey by posting videos On Instagram in 2017, she started with a dance video, and her unique and different dance moves connected with the audience. Then she joined YouTube, where she posted dance videos along with different challenges and tutorials with he brother.

It was just a matter of time for her to come on TikTok, she came into the limelight after she joined TikTok and gained huge attention and fans in millions.

But who exactly is Popach, and how did she become popular. Find out the unknown facts about Jenny Popach. Start with her early years, then move on to the terrible tale of Popach and her mother.

Jenny Popach was born with the real name Roselie Arritola on 15th November 2006 in Miami, Florida. Born with the birth sign Scorpio, she is highly inspired by her mother, Maria Ulacia, who is also a well-known TikToker with a decent fan following.

Jenny Popach is a skilled dancer, having received formal training since early childhood. Before Jenny Joined the social media platform, her mother Maria used to post a video with her daughter, husband and sons.

Jenny is the only daughter of her parents but do has a few brothers.

But her life took a U-Turn when she joined TikTok. She gained millions of followers as a result of the popularity of her dancing videos.

What Happened In Hype House?

Maria was spotted checking the personal belongings of Chase Hudson, a member of Hype House. The video was posted on TikTok and in no matter of time, the video went viral. But it was not the response they expected, they received backlash from the TikTok community.

In one of the videos,  a group of girls playing around in the mostly empty Hype House was seen. The videos were deleted after they received negative responses from the audience.

What Other Things Did They Do While On The Hype House?

Their emotion was too high when they entered the Hype House. Jenny's Mother, Maria even went on to say that they will soon open Junior Hype House.

she also suggested to the viewers to stay tuned and promised it was going to be amazing.

“We’re going to have amazing content in the house and yes we have all the great memories of the OG Hype House.”

All the video they filmed in the Hype House was deleted later. In one such video, Maria and other girls were caught dancing in the bathroom of the Hype House where Maria was seen wearing the signature skeleton jacket of Chase Hudson.

After The Breaking In, Hype House Members Called Out Jenny Popach And Her Mother

After this incident happened, the member of Hype House called Jenny Popach and her mother for allegedly entering the house and going through their items.

Hudson took his aversion to Twitter where he wrote,

“So today I woke up, checked TikTok, and saw that a few girls along with their MOTHER broke into our old house, and also took MY clothes.”

One of the members of Hype House Avani Gregg even warned them of the legal action.

Annon who was first to know about the barge said, her maid has deep clean the mansion, it was a very serious breach into the house.

Kouvr also mentioned that there was a fish in the residence, both in the fish tank and on an automated feeder. But she subsequently discovered it close to the bathroom with no fish inside. The females broke in because they were still making rent payments, according to the Hype House story.

One of the Hype House members Warren said, there is no caretaker in the house and they closed the door themselves just one window was left open.

After the accused of entering the house by a Hype House member, both Jenny and Maria jointly issued an apology on social media and also to Chase Hudson. But the mother-daughter duo denied stealing anything from the house.

I just wanted to come on here to apologize to everybody who unfortunately believes that I broke into the Hype House.”

Jenny also apologized to the Hype House creators via Instagram stories. She wrote,

“I have apologized to Chase’s manager and the Hype House manager themselves. I don’t want any bad blood with anyone from or associated with the Hype House.”

Maria also explained that she did not break into the Hype House mansion. According to her, she and the group were allowed to visit the house by the caretaker. Further, they also claimed,  that the door was open and the caretaker said they could go inside.

Popach's Mother does accept that she filmed a Tiktok and made videos wearing the jacket but didn't steal it.

In the apology video, she said,

“I am not a thief, never have been, and never will be.”

The TikTok star, Jenny Popach also explained she didn’t flush a fish, didn’t even see a fish, and didn’t steal a gecko.

“GOODBYE,” she ended her clarification.

She also denied the allegation of her mother stealing the jacket. While her mother added,  that she had no fear of going to jail if it comes to that as she has done nothing wrong.

The member of house member continues to blame Popach and her mother stating that there is no caretaker in the house and they have closed the door themselves.

The members of Hype House, Nick Austin and Avani Gregg even left a comment on the apology video claiming that they are not stating the truth.

“Because there simply is no ‘caretaker’ for the house, or anyone beyond the current Hype House residents (who weren’t home at the time), that has the authority to breach security, open the security gate, and ‘invite’ strangers into our home.

The statement entering, breaching the house, trespassing, stealing and vandalizing the property is a criminal offence and they are not going to tolerate with and will now go legally.

They added that they had turned the case over to the police and the judicial system so that they could decide what should happen to anyone who may have committed the crimes.

To be fair to them, there is a video of Ulacia's TikTok film from her trip to the Hype House, in which the surrounding already looks to be littered with trash.

Additionally, Popach said that the caretaker deceived them once more in May 2022 with The Papparazzi Gamer.

The Hype House member didn't reply to this statement from Jenny and her mother.

Jenny Popach And Her Mother Had A Fall Out

After the years of all these Hype House incidents, things begin to fall between the mother and the daughter.

Jenny and her mother had fairly public drama in April 2020, the issue between the mother and the daughter who both happen to be TikTok stars was hot gossip for many TikTok sites and users.

It all begins when Maria posted a video stating that her daughter Jenny didn't treat him accordingly and is very rude to her. She was seen in tears while stating this. She said,

The video is deleted from the platform.

Jenny Was A Spoiled Kid

According to Jenny's Mother, Jenny expects everyone to feed her and treat them like a servants and I have been doing this for years and now I am tired of doing this.

Furthermore, she also went on to say, she doesn't deserve the way her daughter treats her and also doesn't even respect her. Her mother even promise herself that she is not going to talk to her daughter anymore because of the way she was treated by her daughter.

Maria continued by drawing parallels between her connection with Rosalie and Addison Rae's with her mother Sheri. About the differences between Addison and her mother and her relationship with her daughter, Maria commented,

“Look at Addison Rae and her mom. She treats her mother like f*cking gold from what I see. Wants her to be in all of her f*cking videos. Loves her mother. Looks like she loves her mother to death.”

She further said that she doubt that something not going good with her daughter.

In one video of her on TikTok she claims, she cleared the things out with her daughter and is on better terms. She said,

“We are just going to maintain a parent-daughter, mother-daughter relationship and that’s about it, but we are better. We are fine.”

Popach too posted a video on her TikTok where she was seen dancing with her mother with the caption, "When everyone thinks you hate each other lmao"

Jenny Popach Got Cancelled; She Quit TikTok For A While

When you begin to get popular and just when think, everything is going good something bad happens.

Several TikToker pointed out that many of Jenny's videos violate TikTok nudity and sexuality guidelines. For which channels were facing a problem.

The situation worsen when Popach posted a video of her brother “unwrapping” her set to Ariana Grande’s “Santa Tell Me.” She was unwrapped into a swimsuit by her brother.

For which people begin to flack Jenny, and in response to this one commenter said " This is so gross.”

“How could a mother let a 14-year-old post this with her brother?”

After the unwrapping controversy with her brother, people heavily criticized Jenny's Parents and even went on to say that their parents are using her for popularity.

One post alleged that it is Jenny’s mother who was “making her post weird videos.” Another user, @justiceformaria, accused Ulacia of “pushing” her daughter and touching Popach’s breasts in a now-deleted video.

TikTok scrutinized Popach's videos for indications of danger or the teen's cries for assistance. However, there hasn't been any proof of Ulacia editing Popach's text to appear suggestive of sex—just online rumours.

There was even a hashtag campaign called #JusticeforJenny, which received over 525,000 views. There were videos about Popach in the tag.

Popach's unwrapping video and the rest of her social media accounts disappeared from the internet. After a while, Popach stopped being visible on TikTok.

It's not sure whether Popach deleted her account or it was TikTok that disabled her account for violating the Guidelines. Before her account was disabled from the platform she had 6 million followers.

However, Now Popach is now very much active on TikTok and other social media platforms the only thing that isn’t there is her controversial videos.