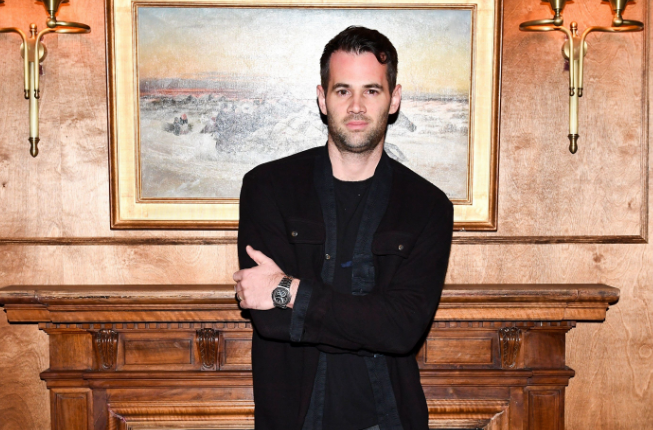 Jens Grede is a multi-millionaire business personality and the co-founder of a multi-media fashion marketing agency, Wednesday Agency Group, that he launch along with his business partner Erik Torstensson.

Besides being a businessman, Jens is also known for being the husband of CEO of Good American, Emma Grede. Popular television star Kim Kardashian is a co-founder of Good America which is a renowned clothing company.

Son of a Film Director Father

Jens Grede was born in 1978 in Sweden to parents Kjell Grede  and Anita Grede. His father was a Swedish film director and had earned the Guldbagge Award for Best Film for his 1967 film Hugo and Josephine.

His late father, who died on December 15, 2017, was had been married twice. Kjell was first married to popular 90s actress Bibi Andersson. The couple tied the knot in 1960 but after 13 years of marriage, they got a divorce. The two had a child, daughter Klara Grede, together.

Jens is of white ethnicity and Swedish nationality. As for his education, he has completed his graduation in business studies.

Jens Grede and his friend Erik Torstensson were working at an interior design magazine, Wallpaper, when they decided to launch Saturday, a creative agency, in London in 2003.

Ten years later in 2013, the two established another company Frame Denim with the goal to craft a perfect pair of blue skinny jeans. With a lot of marketing strategies celebrity endorsements, the company has now been expanded into menswear.

In 2019, Grede and media personality Kim Kardashian founded a shapewear brand, Skims. His wife Emma Grede is the chief product officer of the company.

As we mentioned earlier, Jens Grede has been married to businesswoman Emma Grede. The couple first met as business partners but they eventually fell in love with each other and started a relationship. After dating for a few months, the pair walked down the aisle on July 28, 2008.

The couple is parents to two children, son Grey and daughter Lola, and they all live happily in Los Angeles where they moved to in 2017.

Estimated Net Worth of $30 Million

Being a co-founder of multiple profit-making companies, Jens Grede certainly earns a handsome amount of money. As per the report, he has an estimated net worth of $30 million, as of 2022.

He and his wife own a luxurious mansion in Bel Air, Los Angeles, California. The total worth of the mansion is $24 million.