Jirah Mayweather: Facts on Floyd Mayweather Jr.'s Daughter and Relationship With Him 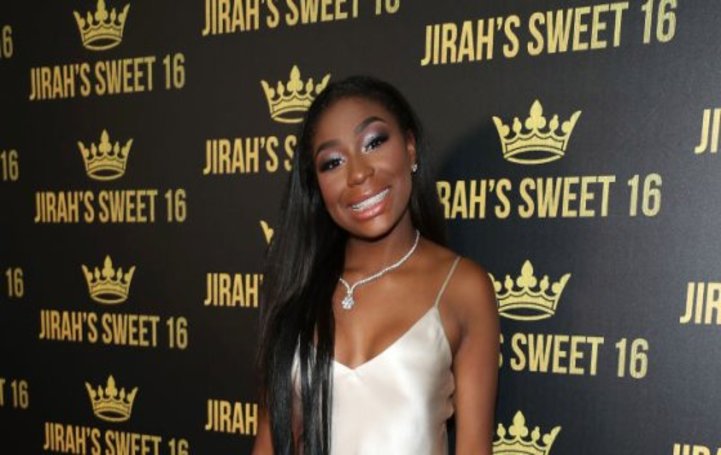 Jirah Mayweather is a social media influencer and a celebrity kid. She uses platforms like youtube and TikTok. She is mostly known as the daughter of a professional boxing player Flyod Mayweather Jr. and a Late actress,  entertainer, and author Josie Harris.

Jirah is the youngest of her three siblings. to find more information about Jirah Mayweather keep scrolling!

Jirah was born on 20 June 2003 in the USA to Floyd Mayweather Jr. and Josie Harris. She has two biological brothers Kouran Mayweather and Zion Shamaree Mayweather and also has a stepsibling whose name is Iyanna Mayweather.

On 7 June 2021 Mayweather posted a photo of her graduation on her Instagram account with the caption "mama I did it ". No matter how far is Josie is right now she must be proud to see how far her daughter has come!

Mayweather is currently a social media star, she owns a youtube channel and also is a tiktoker. She has lots of followers on Instagram and Twitter as well.

Jirah Mayweather's father Floyd May weather Jr. won the Olympics medal and was listed as "the highest-paid athlete" in the world in 2012 and 2013 by Forbes and Sports Illustrated respectively, being a five-division world champion boxer who won 15 titles. In 2017 Floyd retired with a perfect score of 49-0.

Life After The Tragic Death of Her Mother

Jirah and her father's relationship aren't that great as right after the death of the mother Jossie from a drug overdose, she posted on her Twitter "2020 has been the worst year of my life" with another tweet saying "going from a parent who puts your happiness before theirs to a parent who puts their happiness before yours is probably one of the most frustrating things ".

Let wish her a great life ahead!

Jirah Mayweather's estimated net worth is $35,000. She earns the majority of her income from her vlogs on youtube and Tiktok. Her father Floyd Mayweather Jr.'s net worth is half a billion dollar.

Please visit Glamourbreak for more info on your fav celebs.