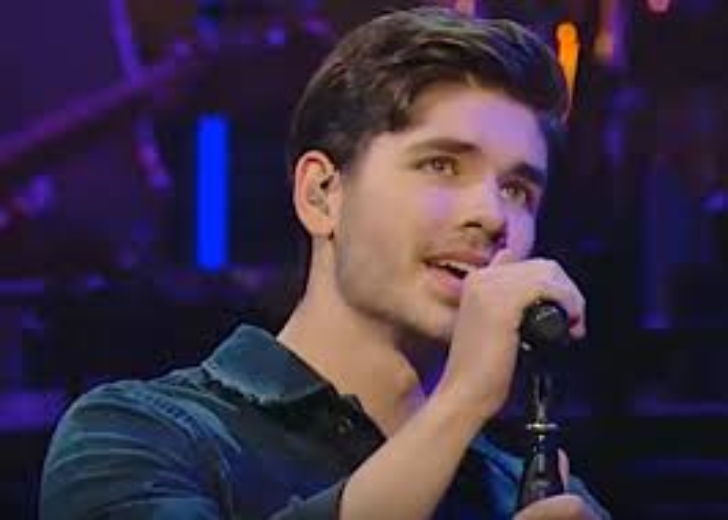 Jonathan Osteen is an emerging singer and musician, the son of American Author Joel Osteen and his wife, Victoria Osteen. Jonathan's father and mother both are American authors and pastors.

Both his parents are co-pastor at Lakewood church. Born in a religious family, Jonathan follows in his father's footsteps and spreads God's message to people.

Jonathan's Parents are an author and has written many books, some of which are best sellers, so Jonathan had a luxurious childhood and grew up listening to his father's preachers. He loves what his father does and tries to follow in his father's footsteps.

We're looking at Jonathan Osteen's childhood, education, family, relationships, and other details. Scroll below to read.

Jonathan Osteen is the eldest child of his pastor's parents, and he was born on 20th April 1995, in Houston, Texas. He has one biological sister, Alexandra Osteen, who is three younger than her brother.

Jonathan's parents are both Americans. Victoria is from Alabama in the United States, but Joel Osteen is from Texas. Hence, Jonathan belongs to the white ethnic group and has an American Nationality.

Jonathan's Education history before the university is unknown, and no one knows where he did his schooling.

But he went to Texas university for his graduation, and again what he studied at the university is unknown. Jonathan was too shy in his university days, hence he didn't open up well with others.

However, Jonathan graduated from the university in May 2017. The son of the pastor's parents was seen in Graduation Gown along with his parents.

Both of his parents express their happiness on social media. His father, Joel, wrote sharing the photo with his son, who was in his Graduation gown and cap,

"We had a great day celebrating @jonathanosteen's graduation from the University of Texas at Austin!"

While his mother, who was not active on social media, also made her post celebrating her son's graduation. She wrote,

"My first post and I couldn't be more proud! Congratulations Jonathan on your graduation,"

Jonathan is a Musician

Unlike his parents, who are authors and pastors, Jonathan has shown interest in music. He was fond of music from a very early age and was in his father's church choir.

Both Jonathan and his younger sister Alexandra loved music since their childhood and has a great passion for it to make music as their career.

Jonathan followed the school by practising music every day at the Lakewood church. He was going there to sharpen his voice.

Now Jonathan is the lead vocalist of the band that plays at Lakewood Church, where his parents are pastors. He is trying to make his career, but he is already a popular face among the public.

Jonathan might have dated some girls in the past, but he seems to be single now.

If social media is any platform to be considered, he keeps sharing photos with his family, friends, and many others; hence, no post can indicate whether the 22 years old singer is dating someone.

One of the five children born to father John Osteen and mother Dolores ("Dodie") Pilgrim was Jonathan's father, Joel Osteen.

Besides this, Joel has one half-sibling, Justin Osteen, from his father's previous marriage.

The Profession Of Joel's Siblings

Paul Osteen, Joel's brother, does vascular surgery and serves as a medical missionary and humanitarian.

The book You Are Made for More! by Lisa is one of her best-known works. Likewise, his other sister, April, is a devoted mother of five and operates a blog.

The famous Lakewood Church, where Jonathan's parents are pastors and Jonathan himself, along with his sister, is a singer, is founded by none other than his Grandfather of Jonathan.

Jonathan's Grandfather is also a famous author and a pastor.

John served the Lakewood church as a pastor until his death. Johnathan's Grandfather died at the age of 77 on 23rd January 1999 due to heart failure.

After the date of John, his son Joel took over his father and started serving as a pastor, and he further expanded the church with over 50k attendance capacity.

Jonathan tried his best to stay away from the controversies and unnecessary limelight.

On the day of his Graduation Ceremony, Jonathan, along with his father and mother, was criticized heavily for their gesture in the Hook Em sign.

In Texas, that symbol indicates longhorns, cattle, or evil/devil. As a result of coming from a preacher's family, many people opposed their actions.

Jonathan Osteen is young and is slowly making his career. His net worth is yet under review, but some online tabloids suggest that the 24-year-old musician has a net worth of $2 million.

While his pastor's father, who is also an author and has been the best seller on many occasions, is one of the wealthiest people, and his net worth is estimated at over $50 million as of 2022.