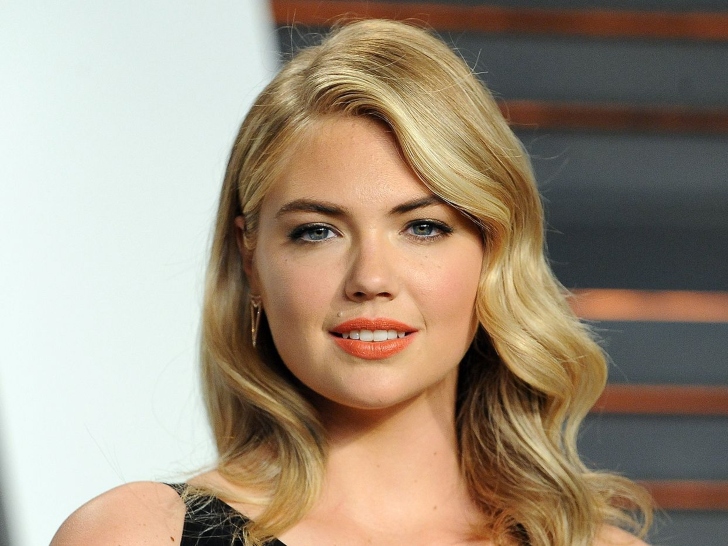 Kate Upton full name Katherine Elizabeth Upton is an American model and actress. Kate Upton is a bold and hot model. The Sexiest Woman in 2014 has three times become the face of Sports Illustrated Swimsuit.

Kate Upton is a popular face and is well-known for topping the covers of popular magazines such as Vanity Fair's 100th Anniversary edition, Sports Illustrated Swimsuit, Cosmopolitan, British Vogue, French ELLE, Esquire, and Jalouse. The gorgeous model has also appeared in fashion editorials for ‘Harper’s Bazaar,’‘V Magazine,’ and ‘Vogue Spain'.

She is an actress as well as a model, having acted in films such as 'Tower Heist' and 'The Other Woman.' Kate Upton comes from a well-adopted family, and both of her parents have successful careers.

Let's find out in detail about the sizzling model, her birth, her parents, her career, relationship status, net worth and more. Stay connected with us till the end.

When Was Kate Upton Born?: Her Parents, Age, Nationality

Katherine Elizabeth Upton, aka, Kate Upton was born on June 10, 1992, in St. Joseph, Michigan, United States of America. Kate is 30 yrs old as of now. She was born to her parents, Jeff Upton and Shelle Upton. Kate Upton's mother, Shelle Upton was a former Texas state tennis champion whereas her father, Jeff Upton was was a high school athletics director.

Her uncle, Fred Upton, is also a U.S. Representative, and her great-grandfather, Frederick Upton, was a Whirlpool Corporation co-founder.

The 5 ft 10-inch sexiest model belongs to White Ethnicity and holds American Nationality. Kate Shifted to Florida when she was 7.

The Tower Heist actress shifted to Florida when she was just 7 years old. There she went to Holy Trinity Episcopal Academy. The daughter of a former Texas state champion was an equestrian in her high school. She competed at  American Paint Horse Association where Kate won three APHA Reserve World Championships.

The Tower heist actress was fond of horses since her childhood. Kate Upton has two horses and she has named them Roanie and Colby. Kate Won APHA world champions with her horse Roanie. Kate Upton ended up securing third place on the APHA youth top twenty lists.

Kate Upton Career: She Is An Actress And Model

Kate then soon started to do modelling for Beach Bunny Swimwear as the Woman of the Summer. Kate first ever modelling contract was to model for clothing companies like ‘Dooney& Bourke and ‘Garage

She was on the front of Sports Illustrated's 'Swimsuit Issue' in 2012 and 2013. Throughout both shootings, she struggled. The 2012 shoot received a lot of tepid response and criticism, while the subsequent shoot, which was taken in Antarctica, subjected her to extreme weather conditions, nearly inducing hypothermia.

Her Career As An Actress

After trying her hand at modelling and gaining huge attention from her viral video, the daughter of Athlete directors entered the field of acting. She debuted with the movie Tower Heist released in November 2011. Tower heist actress was also seen portraying the role of ‘Sister Berenice in the 2012 comedy flick‘ The Three Stooges.’

In 2014, Kate featured in 'The Other Woman,' opposite Cameron Diaz and Nikolaj Coster-Waldau. She depicted 'Amber,' Mr Hightower's mistress, in the film. In 2017, she appeared as 'Meg' in William H. Macy's film 'The Layover' which also stars Alexandra Daddario. Two years later, she played the role of ‘Talia’ in ‘Adult Interference.’

Apart from movies, The Layover actress also made her TV debut in 2011, when she was seen in an episode of the American television series ‘Tosh.0.

Kate Upton has a great Physique and is too hot. The sexiest model has managed to gain some huge achievements through her modelling career.

Her great physique and fascinating face cut helped her to be the face of Guess in 2010-2011. Kate was crowned Rookie of the Year after appearing in the Sports Illustrated Swimsuit Issue and donning body paint.

This exquisite beauty was also rated the fifth sexiest model and ranked third in the American magazine AskMen's Top 99 Women for 2013. In 2012, Kate was selected to Maxim's Hot 100 list.

Kate was voted 'Model of the  in the 10th Annual Style Awards in New York in September 2013 at the 'Mercedes-Benz Fashion Week.'

In 2014, she earned the 'People Magazine Award' for 'People's Sexiest Woman.'

The Other woman actress is married to  Justin Verlander. Kate met her love of life in 2012 while she was shooting for an MLB commercial. Kate Upton future husband of then, Verlander is an American professional baseball pitcher and plays with the ‘Houston Astros’ of ‘Major League Baseball (MLB). Kate was then in a relationship with Ukrainian dancer Maksim Chmerkovskiy but the duo broke up in 2014.

After the breakup, The Tower heist started dating Justin Verlander and after dating for a couple of years, they exchanged rings on April 2016. Kate married her fiance Verlander on November 4, 2017, in Tuscany, Italy.

A year later the beautiful couple welcomed their daughter Genevieve on November 7, 2018.

The gorgeous model and the wife of Baseball pitcher Justin Verlander enjoy a lavishing life and have a net worth of a whopping $20 million. Kate Upton has accumulated her net worth through her acting, modelling and product endorsements.

While Kate Upton's husband, Justin Verlander has a huge fortune and has an estimated net worth of over $150 million.

Q. When and Where was Kate Upton Born?

Q. Who awarded Kate Upton People's Sexiest Woman of the year in 2014?

Q. Is Kate Upton Married? What does her husband do?

Kate Upton is married to Justin Verlander. Justin Verlander is an American professional baseball pitcher and plays with the ‘Houston Astros’ of ‘Major League Baseball (MLB)

Q. Who are the parents of Kate Upton?

Kate Upton is born to her parents Jeff Upton and Shelle Upton.

Q. What is the Net Worth of Kate Upton?

Kate Upton has a net worth of $20 million.