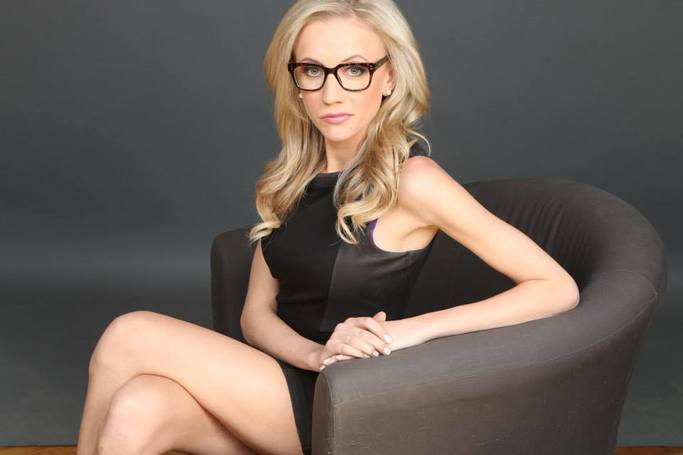 Katherine Claire Timpf aka Kat Timpf is a beautiful blonde lady who is a professional Reporter and Television personality. She is from Detroit Michigan. She is one of the three children in the family.

She has was the keynote speaker at the Young Americans for Liberty’s 2018 YALCIN in silicon valley Her strong views and grasp on social, economic, and political issues have drawn impressive attention to her.

Timpf was born on October 29 1988 to Father Daniel Timpf and mother Anne Marie. She has a brother named Elliot who is a musician. Kat also has a sister who is 6 years younger than her. Her name is Julia and she is a model and actress.

Timpf's mother passed away in Nov 2014 at the age of 57 because of Amyloidosis. After her mother died Timpf took the initiative to grow awareness among people regarding the rare disease that killed her mother. Blonde Timpf is from german and polish roots.

Timpf graduated from Hillsdale College with a Bachelor of Arts degree in 2010. She was so talented that she was awarded a scholarship and she also was Valedictorian of her high school.

Timpf currently works full-time for Fox Channel as a reporter and contributor. In past, She also hosted a show called “the Kat Timpf Show” that aired every Monday on Barstool Sports from the year 2016-2017. It was the show where she talked to guest regarding random subjects including her personal life.

She joined National review on July 31, 2014, as a reporter. She has spent more than half a decade writing and reporting for the station Campus Reform as a Reporter.

Apart from these, she worked at the Washington Times as digital editor, at NASA's Third Rock Radio as a news anchor, at Total Traffic in Santa Ana, California as a producer and reporter.

Aside from her journalism Kat Also performs standup comedy in clubs like Gotham Comedy Club in New York and The Improv in Los Angeles.

Katherine Timpf made an announcement regarding her engagement to her current husband Cameron Friscia by showing off her engagement ring in Aug 2020 on 1st episode of The Greg Gutfeld Show.

Timpf's husband Cameron Friscia is a USA veteran. After leaving the army in 2014 he worked as an intern at Bank of America. Now, he is Research Associate Working at Coatue Management who graduated from West Point.

Both of them went to the same high school which they found out about a few years later.

The beautiful couple got married on May 1st,2021. Kennedy host from Fox Business hosted their wedding ceremony. The couple is living a content life together.

While joking about hipsters in 2019, Timpf took off her glasses showing at Kat Timpf no glasses look. She revealed she can see without glasses but she likes to wear them just because it makes her look cool.

Timpf has appeared on the Morning Drive Show on Baltimore’s 98 Rock, Greg Gutfeld Show, the Fox News Specialists, and many other popular shows.

Katherine Timpf earns an impressive salary from Fox News contributor she earns from standup comedy as well. Her net worth is estimated to be $1.5 million.