Home celebrity Who Is Katia Washington? The Untold Truth of Denzel Washington’s Daughter

Who Is Katia Washington? The Untold Truth of Denzel Washington’s Daughter 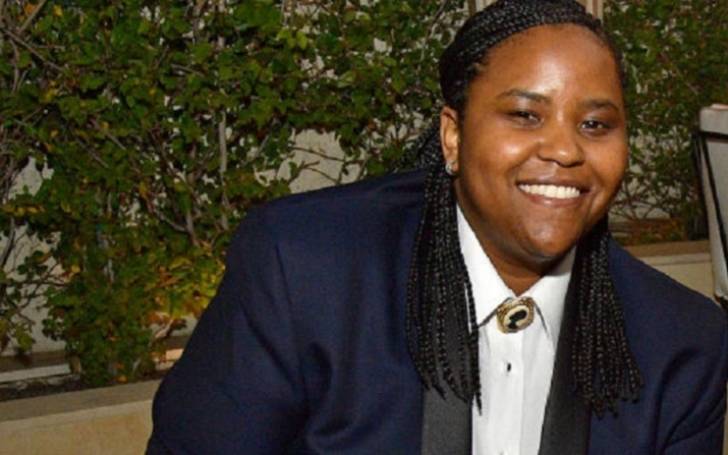 Katia Washington belongs to a star-studded family, both her parents are big celebrities. She is the daughter of the legendary star Denzel Washington.

Katia Washington's father Denzel rose to prominence after starring as Private Silas Trip in the emotionally charged war epic Glory, for which the legendary performer also earned the Academy Award for Best Supporting Actor. Katia is the daughter of Denzel from his marriage to Pauletta Pearson, her mother Pauletta Pearson is too an actor like his father and has been part of numerous projects.

Her father is a successful Hollywood star which influences Katia to join this field and Katia unlike her father opted to work off the camera as an office organizer, a phone manager, and an administrator. Katia who initially wanted to be a nurse, bags her debut project in the entertainment industry as an editorial production assistant in Django Unchained in 2012.

Who Are Katia Washington’s Parents? Her Age and Early Life

Katia Washington was born on 27th November 1987, in Los Angeles, California. She is born to celebrity parents Denzel Washington and Pauletta Pearson both celebrities.

Her father is an oscar award winner, who bags the oscar for best supporting actor in Private Silas Trip while Denzel's second oscar came when he portrayed the role of a corrupt detective Alonzo Harris in the 2001 thriller movie Training Day.

Talking about Washington's paternal grandparents were Denzel Hayes Washington Sr., an ordained Pentecostal minister, and Lennis, a beauty shop owner. Katia belongs to the Afro-American ethnicity and has the nationality of America.

Both Of Katia Washington's Parents Are Actors

Her Father Denzel Washington is an American Celebrity who was born and raised in Mount Veron, New York. He has been hailed as an actor who "reconfigured the concept of classic movie stardom" due to his performances on stage and screen. He is famous for portraying real-life figures. Denzel started his acting journey by playing a small supporting role in the TV film The Wilma Rudolph Story.

The biggest breakthrough for his career was playing Private Silas Trip in the drama Glory in 1989. The movie was commercially and critically successful and he bagged an oscar for the best supporting role, adding one more to the oscar he gained for his work in the crime thriller movie Training Day in 2001. A Soldier’s Story, Cry Freedom, The Pelican Brief, Hurricane, and The Great Debaters are his other famous movies.

Her mother  Pauletta Pearson is also an actress who is known for his role in the TV series  Happily Ever After Fairy Tales for Every Child. She has also worked in The Parkers, She’s Gotta Have It, Burden, and Genius.

Unlike many celebrities' mothers, who are separated after marriage, Katia's Parents are living and enjoying a happy married life.

The couple's first encounter was on the sets of the TV show Wilma, they hit off instantly, and soon after that their dating relationship started and they dated quite long before exchanging their vows. They exchanged vows in a private wedding in June 1983. The couple living happily together, they have been together for 39 years.

Despite Katia Washington gaining good fame in the entertainment field, Katia had zero interest in this field during her college days. She showed off her literary talent from a young age and became quite interested in reading and writing. While still in high school, she even won a poem competition.

During her college days, she wanted to be a nurse. She also had a strong interest in dancing, which her parents supported by giving her dance classes.

But as it is said, when the family is full of celebrities and parents are celebrities, children will most likely choose the same profession. And same happens with Katia, who later decides to pursue her career. And started her journey working behind the camera.

Katia grew up with her siblings and all of the four kids in Denzel Washington is following in his footstep and pursuing their careers in the entertainment field. John, her older brother, is a producer and actor. He was a well-known cast member of the HBO comedy series Ballers.

Is Katia Washington a Lesbian? Her Reported Interracial Relationship

A few photos of her Katia were found where she was spotted with a girl named Collen. For the same one user on social media claim that their alleged partner Collen has several photos of them together.

“So I was snooping around trying to find some info on my favourite actor Denzel, and I stumbled upon his daughters Katia’s Facebook page. So I look at more of her pics and this who has her profile pic as her and Katia. Click on her page and she has some more photos of them together. Her name is Colleen. … If this is true congrats to Katia! I don’t think I’m ‘outing’ her (if true) since these are public.”

In reply to this, one person wrote in the comment section;

“Judging from her attire it’s not like she’s been trying to hide anything.”

While the other one said,

“Most people took a wild guess about his daughter when Denzel was accepting his lifetime achievement award at the golden globes.”

The rumour of Denzel's daughter being bisexual was spreading like fire and a lot of questions were raised but still, the faithfulness of Katia and Colleen's multiracial lesbian relationship has not been confirmed by either of them.

Katia and Colleen also joined each other at a few marches for women's rights and LGBTQ causes, which may have given away more about their potential romance. Particularly Colleen is a fervent supporter of LGBTQ rights.

Also read: Who Is Model Laney Grace? Everything You Should Know About Her

Katia Washington's alleged girlfriend is a fashion designer by profession and already has the credit of working in many movies and TV Shows. Both Katia and Collen have been working behind the camera.

It's not easy for celebrity kids to match the level of their parents if they opt to pursue their careers in the same field and the same goes with Katia as well. Katia is the daughter of the famous actor Denzel Washington, her father's success in this industry influenced and attracted Katia to it.

But before landing in this field, she made sure that she had a proper education. She was well aware that her father's shadow would surely work against her becoming successful. As a result, unlike her siblings, Katia accepted her first job in a movie that didn't involve acting. She begins her career as an editorial production assistant in Quentin Tarantino’s 2012 project ‘Django Unchained’ starring stellar actors such as Leonardo DiCaprio, Jaimie Foxx, and Christopher Waltz.

After her first project, she took a quite long break but against come in limelight in 2016 when she was seen working as a production assistant in The Birth of a Nation. Katia has also been credited as a production assistant in the 2016  period drama film Fences, starring her father Denzel, Viola Davis, and Stephen McKinley. Some of the movies that Denzel Washington’s daughter has produced over the years are listed below:

Talking about her present life, Katia is now working as a production executive at Bron Studios, a Canadian motion picture company that is headquartered in British Columbia. This is written in her bio on Linkedin.

Katia Washington who is generally seen working off the camera has an estimated net worth value of $1 million.

While her father Denzel Washington, the famous star is quite rich and has an estimated net worth of a whopping $250 million.