La Tanya Danielle Young - Dr. Dre's Daughter Whose Relationship With Him is Rocky 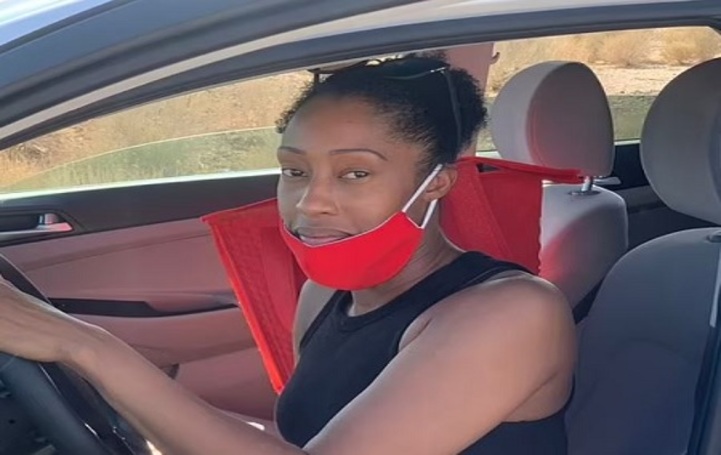 Despite being the firstborn of Dr. Dre Tanya isn't close to her dad. She came to the limelight when she revealed about her being homeless. To know more about Danielle young keep scrolling!

La Tanya was born to Dr. Dre and Lisa Johnson on 19 Jan 1983 in Memorial hospital of Gardena, California, United State of America.

In 1999 Young went to Chatsworth Highschool. She then attended High Desert Medical college for her Bachelors in Administrative Assistant-Medical. In 2019 she graduated with her Business Management degree from the University of Phoenix.

La Tanya Danielle Young's Parents Dr. Dre and Lisa Johnson met when Dr. Dre was only 17 and Lisa were only 15. They were involved romantically and Lisa gave birth to Tanya when she was just 16.

But because Dr. Dre used to be physically abusive to Lisa even when she was pregnant, their relationship went downhill and they parted ways when Tanya was just 5 years old.

Danielle Young has got seven siblings. Her siblings Latoya and Ashley are from her mother's side whereas her half-siblings Marcel Young, Curtis Young, Turice Young, Truly Young, Baile Knight, and Andre Young Jr. are from her father's side.

La Tanya Danielle Young's relationship with her biological father Dr. Dre is rocky because Danielle had been talking ill about her father. They aren't in contact with each other and even when Danielle Young contacted her father for some financial help he refused to give any.

La Tanya Danielle Young's relationship status is not known in media as she prefers to keep her personal information out of the limelight. The Father of her children is also unknown.

Young has four kids. Her kids D'Andre, Jason III, Rihana, and Tatiyana are staying in her friend's house whereas she lives in her SUV car because of homelessness.

There is no particular career that Young is currently pursuing. She just does some odd as a delivery person for DoorDash and Uber Eats to live and raise her kids.

La Tanya Danielle Young's estimated net worth is $200k. She earns from doing the job at Uber Eats and DoorDash as a delivery driver.

Young isn't as blessed with lavish life as her halfsibling. She is homeless and is living out of SUV. As she also has to look after her four children she is doing all kinds of jobs to look after herself and her kids