Home celeb-kids Who Is Landon Asher Barker? How Was His Relation With His Mom Shanna Moakler?

Who Is Landon Asher Barker? How Was His Relation With His Mom Shanna Moakler? 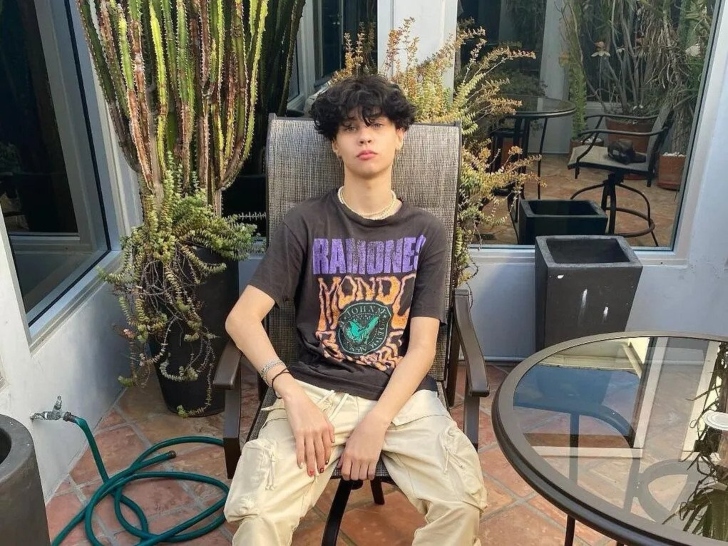 Since his birth, Landon Asher Barker has gained notoriety as the son of renowned drummer Travis Barker. Shanna Moakler, a former Miss USA, is also the mother of Landon.

Additionally well-known is Landon as a rapper, singer, and musician of American descent. Along with his family, he appeared in the well-known MTV reality series "Meet the Barkers," which catapulted him into the public eye.

His father has been in charge of the music business for many years and has played for a number of well-known rap-rock bands, including Transplants, Goldfinger, and others.

Landon's parents got married in 2004 and divorced in 2008. They had two children throughout the course of these 4 years. Landon and Alabama Luella Barker, his younger sister.

Due to the fact that their father raised them while Shanna played no active role in their upbringing, Landon and his sister Alabama both referred to their mother as an absent mother.

There is a lot more to know other than the fact that he is the son of famous individuals. Let's take a closer look at Landon's personal and professional life. Find out if he is or is not following in his father's footsteps.

Landon comes from a mixed-race family; his father is of English, Irish, and Italian ancestry, while his mother Shanna is of German, Portuguese, and Irish ancestry.

Landon is a citizen of the United States. He attended school in Santa Monica, where he was also born and nurtured. He afterwards began attending Fontana High School for further study.

Landon Barker's Parents; He Was Born Before His Parent's Marriage

Travis Barker, the drummer for Blink-182, and Shanna Moakler, a former Miss USA, are the parents of Landon Barker.

However, things didn't work out for them, and just a year later, their relationship began to deteriorate. In 2006, they split up and filed for divorce.

Their separation was disclosed by a mutual friend who said,

“This was very normal for them. The relationship was always dysfunctional, they were always loved and hated. It was volatile. He’s a rock star, and she likes to go out. They both love and fight hard.”

Although their divorce was finalized in 2008, the custody dispute over their children didn't end until the middle of 2015. Additionally, they were also taken into custody and appeared in courtrooms as a result of their frequently reported fights.

Also Read: Who Is Tony Berlin? Know More About The Husband Of Harris Faulkner

Landon and his younger sister Alabama always regard their mother as the absent parent and allege she had no involvement in their upbringing. They frequently discuss their mother on their various social media handles and admit that their mother is not present in their lives.

Travis's daughter, Alabama once posted a TikTok video and she wrote on the top of the video, “I cut off family too. They do you the dirtiest.”

The public criticized her as the video went viral in no time and some even implied that she is a daddy's daughter. Landon argued for her sister, saying

“Actually if you weren’t such a dumb a– you would realize our mom has never been in our lives and isn’t there for us like our dad is.”

All of the allegations and criticisms about Shanna Moakler's parenting and absence from Landon and Alabama's lives were refuted by her. She stated during an interview with the People

“The claims of being absent from my children’s lives are false and incredibly hurtful. Co-parenting is hard, but I have always and will continue to prioritize my children’s happiness and well-being.”

While he has half-siblings, an elder sister Atiana Cecilia De La Hoya from her mother's previous relationship with Oscar De La Hoya.

Landon Barker who gains fame since his birth as the son of popular drummer Travis Barker also followed his father's footsteps and enter the field of music.

His participation in the popular MTV reality series "Meet the Barkers" alongside his family propelled him into the spotlight. On April 6, he made an appearance on the episode "It's Moving Day for the Barkers."

He was then spotted in the movie Downfalls High as a drummer in 2021. He posted a video from his movie scene with a caption;

“So happy to be a part of this! Downfalls High, a first of its kind musical film experience, premieres tonight at 6pm PST link in bio.”

Travis' son was spotted at The Bored To Death rockers' legendary performance at The O2 Arena in London on July 19, 2017, along with the band.

In a very short time and at a young age, Landon has shared the stage with some great rappers and musicians.

He Is Also A YouTuber

Landon is also an active social media user. Besides his social media account, he has a YouTube Channel that he created in May 2016. His subscribe count stands as 130k as of now.

Barker's first video was uploaded in 2017, then followed by a few other videos.

But her breakthrough video on his YouTube channel turns out to be “Don’t Need Her.”  The video has gained over 247k views to date.

His few other videos that are worth appreciation and gained good views are Trust,” and “1011 – Next Up.”

Who Is Landon Barker dating? All About His Girlfriend

Landon Barkers have dated a few girls in the past. In 2016, he was in a relationship with Devenity Perkins but this romantic relationship didn't last long. Devenity is an actress.

A while back, there was, however, a rumour that Barker was dating the actress Natalia Muriithi. Later on, he disputed this rumour.

However, it is believed that Landon Barker is single at the moment and trying to keep his personal life secret.