'Good Day' Anchor Lauren Przybyl: Facts About the FOX4 Anchor You Must Know 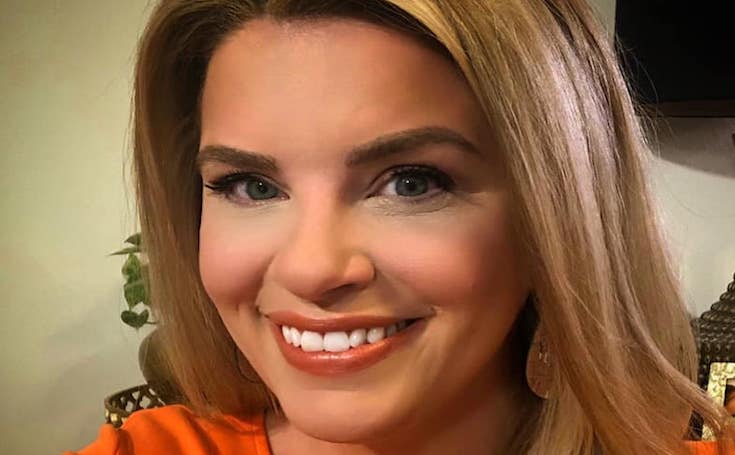 American journalist Lauren Przybyl is best known for appearing in Fox4's 'Good Day' show. She was born in 1978 in North Texas, she has been fortunate enough to travel the world because of her career in journalism.

Besides anchoring for tv stations in places like Abilene and Albuquerque, she has been a part of various renowned news channels and shows like 'The Today Show', MSNBC, CNN, and The Weather Channel.

Curiosities around her unusual surname:

Although the surname Przybyl is Polish, the tv news anchor likes to call herself an American mix of Polish, Italian and Irish. She is often asked if 'y' is the only vowel in her name and the answer is yes!

Although this may confuse some fans, it is important to note that the letter 'y' can be both a consonant and a vowel depending on the sound it makes in a word. In Lauren's case, 'Y' in her surname works as a vowel.

The news anchor also expressed that people jokingly ask her if she would like to buy a vowel. So much for having an unusual surname!

As a young girl, Przybyl never dreamt of being a news journalist. Instead, she wanted to become a marine biologist following her love for animals.

She went to Grapevine High School and later graduated from Baylor University studying mainly journalism and minoring in biology. One fine day, her professor introduced her to the news business and she never looked back thereafter.

A passionate Texan at heart and having traveled a lot, she says there is no place like home. Before deciding to be back home in Dallas for good, she spent 5 years in Boston.

She is a complete foodie and loves to spend time outdoors. But the thing she loves most is chocolate! And not to forget dogs! Also, good wine and shoes!!

Lauren married Shane Miller in 2012 at an intimate wedding among family and friends. They share common interests like traveling, spending time outdoors, and trying out new restaurants.

The couple has two wonderful children together, daughter Landry and son Beck. Landry Elizabeth was born in April of 2013 and almost three years after in October of 2016, Beck Matthew was born to complete their wonderful family of six. Oh yes, they also have two fur babies Mattie and Deuce.

She has a sister named Regan Przybyl, who is an important part of her life and has a big influence on her. She recently posted on social media that Regan is pregnant and Lauren is soon to be an aunt again, the excitement of which was very clear from the post.

Advocate for a Cause:

Lauren was diagnosed with a rare HELLP Syndrome, which was almost fatal for her and her baby. And the aftereffects of that for her, someone who wanted three children, is that she might not be able to give birth again. In an interview, she expressed that it was important for her two kids to have their mother rather than her having a third child.

Since having the disease, she dedicates a lot of time to finding help and resources for other couples and children affected by the same. She utilizes her voice for a noble cause helping as many people as she can which is very clear from her social media accounts.

As a tv personality, Przybyl is quite active on social media and puts them to good use, unlike other famous personalities. She uses her Facebook, Instagram, and Twitter to post-work updates but more importantly for advocacy work regarding HELLP Syndrome, of which she is herself a survivor. She also has her own youtube channel where she posted quick makeup tips but the account hasn't been updated for a long time.

As a tv anchor in a prominent network who has worked in the business for a long time, she has an impressive estimated net worth of $800,000. She also works as a speaker at events and her youtube channel is another source of minor income.

Information regarding her other assets such as cars and houses are not in the public domain but we sure know that she is able to support her family financially.