Home glammed Who Is Lele Pons ? Know Everything About Rumored Girlfriend Of Twan Kuyper

Who Is Lele Pons ? Know Everything About Rumored Girlfriend Of Twan Kuyper 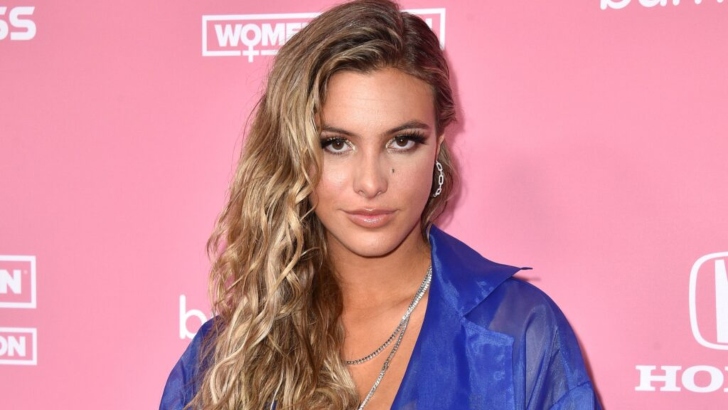 Lele Pons is a Venezuelan-American internet sensation who is a very hot topic on social media. She is a model, singer and well-known YouTuber. Lele Pons is also the first Viner to accumulate one billion loops, eventually amassing over 8 billion in total.

After getting huge success in Vines, She then extended her presence on YouTube, she didn't need an introduction and in the meantime, she gains a good number of subscribers there too.

Her closest friend persuaded her to launch her Vine. Jerome Jarre, a fellow Viner, later persuaded her to keep making videos. And this helped her in a big way and now she is a well-established celebrity.

Let's explore Lele Pons Personal life, career, her relationship status along with her journey from an ordinary person to an internet sensation. Let's start.

Lele Pons originally Eleonora Pons Maronese was born on June 25, 1996, in Caracas, Venezuela. She is born to parents Luis Pons and  Anna Maronese. Lele pons is the only child of her parents. Lele pons along with her parents shifted to the USA when she was 5 years old.

The family started living in Miami, Florida where Pons went to the Miami Country Day School. She has a mixed ethnicity of Venezuelan and Spanish.

Lele Pons's friends inspire her to join the vines when she was in school. She joined the vines just at the age of 16. After getting initial success in these platforms, she shifted to Los Angeles to pursue her professional career.

Also Read:  Who Is Pauline Sinclair? Everything About Vin Diesel And Paloma Jiménez's Daughter

In an interview with WIRED, Lele Pons disclosed that her parents were born in Venezuela. She clarified, however, that while her mother's family is Italian, her father's parents are originally from Spain.

Lele Pons Was Bullied in School

In an interview with Teen Vogue, Pons shared her childhood nightmare that she experienced bullying when she went to high school. She stated,

“I went to high school and I started getting bullied because I was very weird. I mean, freshman year I went to school in a pirate suit-I just didn’t care. I’, not like the cool girls.”

Lele Pons started her career as Viners. Her life was changed when she got a new phone at the age of 15 and her friend asked her to join the Vines. She started using showing her creativity on this platform and later became the first “Viner” to reach one billion loops.

With the amount she received from Vines, In 2015, she launched several businesses, including the UNO Magnetic jewellery line. She co-wrote the 2016 book Surviving High School, which is based on her experiences in high school.

In the same year, she appeared in a romantic comedy video for YouTube Red, We Love You. Later, she went to do movies, series, and YouTube videos. She played herself in the short My Big Fat Hispanic Family, which was her first cinematic role.

She is also popular for her role as Camila Cabello‘s sister, Bella in her 2017 music video Havana and as a Dorky girl in Marshmello‘s Summer.

Lele Pons Career as a Singer

Besides doing vines, YouTube videos and acting roles, She is also a singer. Lele song debut song as a singer "Dicen," was published in 2018. Later that year, Pons released "Celoso", another song, along with an Atlanta remix of Telefono. Lele Pons worked with Fuego on "Bloqeo" in 2019.

Lele Pons is an internet star, she frequently kept sharing everything about herself with her fans but she is private and tipped tight when it comes to revealing her relationship status. No, activities are found that can reveal whether she is in a relationship. Hence, the beautiful diva is single as of now.

Everyone would have believed that Twan Kuyper and Lele were a couple based on their bond. This notion is strengthened by their YouTube and Instagram accounts, however, the truth is otherwise.

They are only each other's close friends, and they only appear in each other's social media posts to support and add to the content. For the sole purpose of creating material, they have chosen one another as their love interest. In one of their YouTube videos, they also mentioned having a six-year-old child together.

Lele Pons made it clear that her friendship with Kuyper is just that—a friendship—in a 2019 autocomplete interview with WIRED. In addition, she said that despite a few kisses, they had never been romantically involved.

Lele Pons disclosed details about her previous relationships during a Q&A session with Tinder. Despite not revealing anything about her ex-boyfriends, she stated that she has always been in a long-distance relationship.

It was also rumoured that Lele Pons was dating actor Ray Diaz in 2018. Their dating rumours broke after a fan page posted a video which shows the couple kissing in bed. Later that video was deleted.

Diaz accepted the rumour and said, he and Pons is dating for a year but there was no response from Lele Pon's side about this rumour.

Before being linked up with Diaz, Pons was in the headline once again for her new affair. It was reported that the social media star was dating YouTuber Juanpa Zurita. However they stated that they were just friends and denied the rumour but in June 2017, they were seen locking lips at the 2017 MTV Millennial Awards.

Lele Pons has a net worth of $4 million. Most of her income comes from YouTube while she also gets a good amount from Instagram and Facebook. She also received a decent amount from her acting credit.