Some Unknown Facts About Lytrell Bundy, Sister Of Chris Brown 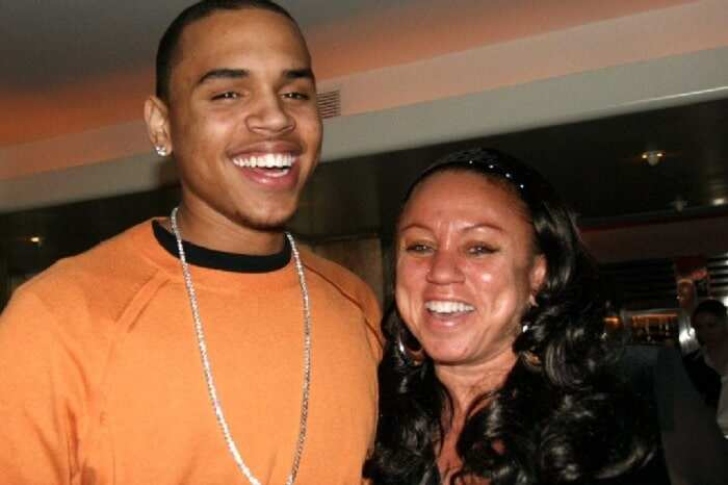 Lytrell Bundy who is also known as "Tootie" is a mere Banker and a chief financial officer at CBE LLC of Virginia. Alongside being a banker, she is also a Medical Laboratory Scientist and Transfusion Medicine, practitioner. Additionally, she is also a popular social media personality.

However, Lytrell is better known as the sister of famous American Grammy award-winning singer Chris Brown. The well-known singer and rapper Chris Brown is referred to as the King of R&B. Chris Brown needs no introduction, he has sold over 140 million records around the world.

Lytrell Bundy is the elder sister of Chris Brown and is very close to his Grammy Award winner Brother. Chris and Lytrell share a great bond and as an elder sister, Lytrell is very supportive of Chris. Chris and Bundy didn't have a good upbringing as their parent divorced early on, Lytrell's Mom re-married and their stepdad was violent and abusive towards their mother.

Let's take a look at a personal and professional aspect of Lytrell Bundy's Life including his relationship with her brother and many more. Let's start.

Lytrell Bundy was born on 26th November 1980, in Tappahannock, Virginia. She is born to a parent Joyce Hawkins and Clinton Brow. Her father work at the Local Jail as a correction officer while her mother was a daycare centre director. Lytrell Bundy belongs to American-African Ethnicity and is American by Nationality.

Littrell was 8 yrs old when her brother Chris was born (May 5th, 1989). Lytrell Bundy parent's get's divorced when Lytrell was still young and Chris was his growing age. Lytrell took care of her brother and raised him like a mother. After the divorce of their parents, their mother married Donnelle Hawkins.

Lytrell Bundy And Her Brother's Relationship With Their Stepfather

Lytrell Bundy's mom remarried Donnelle Hawkins after divorcing her biological father. But Lytrell Bundy and her brother Chris Brown didn't share good blood with their stepdad. Chris Brown claimed his stepdad is violent and abusive to his mother as he used to beat her. Chris even once witnessed his mother bleeding from her nose, he added.

In an interview with GIANT magazine, Chris opened up about his stepfather's violent nature saying,

He used to hit my mom… He made me terrified all the time. I remember one night he made her nose bleed. I was crying and thinking, ‘I’m just gonna go crazy on him one day…’ I hate him to this day.

In the course of a fight, Donnelle once shot himself in the eye, leaving him blind in that eye.

Donnelle Hawkins refused the allegation made against him of doing physical abuse to his wife, saying

“I never raised a hand at his mom. We (Brown’s mother and I) argued frequently… As far as physical abuse there was no physical abuse.”

Donnelle further went on to confess that Chris hate him because Chris was not happy with his parent divorce.

“I became the bad guy. Chris was really mad at his mom for leaving his dad, so I became the scapegoat.”

Still, today both Lytrell Bundy and his brother are not on good terms with their stepdad. Lytrell's stepdad too claimed that he tried his best to be a good father but nothing works.

Lytrell Bundy attended J. Sergeant Reynolds Community College in Henrico County, Virginia. She completed her graduation from James Madison University in Harrisonburg. She did her graduation in Biological Science.

Just after completing her graduation, she joined CBE Press LLC which is a media company located in Merrifield, Virginia. She is a mere banker. She also worked as a medical laboratory scientist, at a local business called HDH. Furthermore, She is and Transfusion Medicine, practitioner.

After the separation of their parents, Lytrell raised her brother and cared for him like a mother. They both share a great bond. Chris keeps on sharing the photo of himself along with his sister Lytrell Bundy.

In Feb 2019, Chris posted an old photo of him as a baby boy and his sister and captioned it “BIG SISTER

Lytrell is also an Aunt of Chris’ two children

Lytrell Bundy's famous younger brother, Chris Brown has been in relationships with a few different women and from that relationship he has two children.

Chris becomes the father when he welcomed her first baby Royalty Brown in May 2014, Royalty was born from his relationship with Nia Guzman. On November 20, 2019, Brown welcomed his son Aeko Catori Brown with Ammika Harris, becoming a parent for the second time.

Chris Brown was also in a relationship with Rihana, and with Rihanna, He was involved in a highly publicized domestic violence case. Lytrell defended her brother claiming he is the good guy who rarely gets angry.

Also Read: Who Is Michaiah Hanks? Everything About Chet Hanks' Daughter

Lytrell Bundy Is A Single Mother

It's very hard to disclose whether Bundy is married or not but if going by her Facebook page, one can say she is the mother of a grown son. Her son is a rugby player.

When she shared a photo of her son on Facebook in December 2013, someone commented, "That's your son? He is tall. handsome” "Yes, and I'm only about 11," she retorted. I'm grateful.

There is no information about who his father is and neither any detail about her son is available. While she is single at present and spending her life as a single mother.