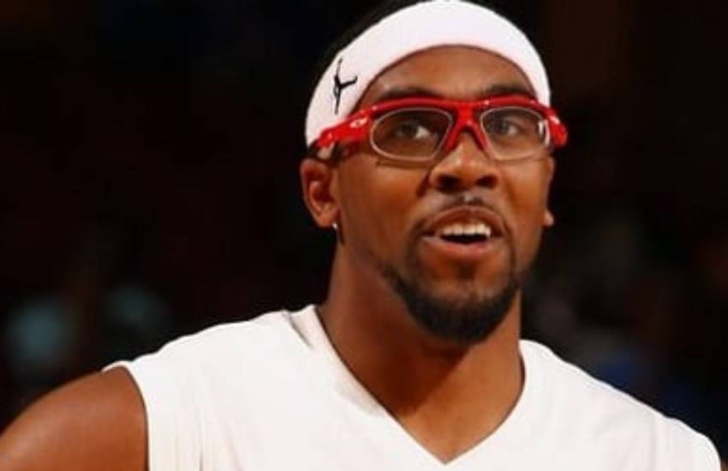 Marcus Jordan is an American Born Personality and former college basketball player who is known for playing for the UCF Knights men's basketball team of Conference USA. He is the youngest son of Hall of Fame NBA Legend Michael Jordan.

His Father Michael Jordan is one of the Greatest Basketball players of his time, he dominated basketball in his era. Michael Jordan played for the Chicago Bulls for 15 seasons during which he won six NBA Championships.

Marcus Jordan is now a successful entrepreneur who runs his own business, he opened a shoe store "Trophy Room" in 2016. His store is situated in Orlando, Florida. He also runs the Heir-Jordan organization along with his brother Jeffrey Jordan.

He is the son of Michael Jordan and his dad's first wife, Juanita Vanoy. He is the youngest son of his parents. His parents separated after 17 years of their marriage. He was raised by his mother Juanita and grew up along with his siblings.

Today, we are going to enlighten the inside life of Marcus Jordan focusing on his birth, parent, relationship status, career, Net worth, & more. Let's get started.

Marcus Jordan was born on 24th December 1990 in the USA. He was born to Michael Jordan and his ex-wife Juanita Vanoy. Marcus has African-American ethnicity and American Nationality.

Marcus Jordan spent most of his without getting enough love and attention from his father as his parents were divorced. His father, Michael Jordan, was one of the greatest basketball players of all time, and her mother, Juanita, was a former model who is now the executive secretary of the American Bar Association.

Marcus Jordan began his high school basketball career at Loyola Academy in Wilmette, Illinois, alongside his older brother Jeffrey Jordan. Marcus led his school team to the conference championships and the best season in school history during Marcus sophomore year. Marcus then transferred to Chicago's Whitney Young High School for his junior and senior years.

He guided the Whitney Young Dolphins to the Illinois State 4A Championship on March 22, 2009. As a high school senior, Jordan was ranked by ESPNU as the 60th best shooting guard in the country, averaging 10.0 points, 4.5 rebounds, and 3.2 assists per game and receiving state tournament MVP honours.

Marcus Jordan attended the University of Central Florida in Orlando, Florida, where he majored in basketball. UCF was in the final year of a five-year contract with Adidas when Jordan made his debut, but Jordan insisted on wearing Nike Air Jordan sneakers out of allegiance to his father, Michael Jordan. As a result, Adidas terminated its sponsorship agreement with UCF.

Jordan opted to leave the UCF basketball team in August 2012, although he would continue to attend classes at the university.

He Is A Businessman Now

Leaving his basketball career, Marcus co-founded the Heir-Jordan organization along with his brother Jeffrey. In 2016, he opened the shoe store "Trophy Store". The store is based in  Orlando, Florida at Disney World in the Disney Springs retail location.

After their initial meeting, Michael Jordan and Juanita Vanoy hit it off right away. Michael Jordan proposed to Juanita after a couple of years of dating. Juanita quickly said yes, and they soon exchanged rings and got engaged. However, they later called off their engagement.

When Juanita became pregnant with Jeffrey, everything seemed to be coming to a close, but Michael Jordan was hesitant to recognize Juanita, his lover, as the mother of his unborn child.

Despite the rumours, the child was eventually identified as Jordan's, and the couple chose to marry. Jeffrey, the couple's infant, was already 10 months old when they married. They tied the knot in presence of their beloved son.

Juanita filed for divorce from her husband twice, the first time in 2002 due to irreconcilable differences. Juanita, on the other hand, withdraws the divorce petition once the couple has worked things out and is getting along.

However, things did not work out this time, and Juanita filed for divorce on December 29, 2006.

Jordan and Juanita decided to divorce after 17 years of marriage when things did not go as planned. This was completed in 2006. Michael Jordan was ordered to pay alimony for $168 million. Because Michael and Juanita, his ex-wife, did not have a prenuptial agreement, Juanita walked away with a large sum of money.

She also took custody of their three children and the Chicago home they shared.

Marcus Jordan likes to keep his personal life secret, he enjoys his private life. There is no rumour about his link-up with anyone even in past. He seems to be single at the moment.

Juanita, his mother, received $168 million in alimony from her ex-husband Michael Jordan. According to some sources, she has a net worth of $200 million as a result of that massive sum.

While his father is a billionaire and has an estimated net worth of $2.1 billion to date.