Marjorie Bach - Barbara Bach's Sister Who is a Cancer Survivor 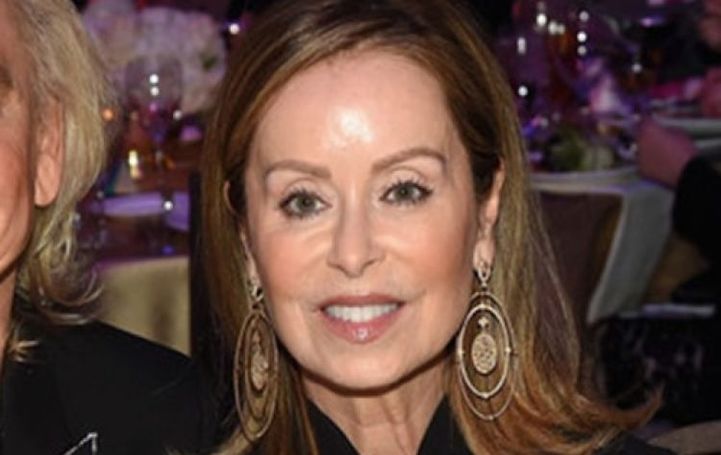 Marjorie Bach is known as the younger sister of Barbara Bach. Barbara Bach is a notable American actress and model. She is best known for her role in The Spy Who Loved Me as Anya Amasova.

Bach has worked at The Simms/Mann-UCLA Center and BitMAX. To know more about famous Barabar's Bach little sister stay with us!

Marjorie was born to her father Howard Goldbach who was a policeman and her mother Majorie Goldbach. She grew up with her elder sister Barbara.

Other information about her education has not been disclosed.

Bach has an elder sister, Barbara Bach who is one of the notable personalities in entertainment history. Barbara Bach had a great career in acting and modeling.

She is mostly known for her role as Anya Amsova in The Spy Who Loved Me. Bach's sister Barbara is married to Ringo Starr who is a famous musician and drummer of the Beatles.

Marjorie Bach is married to Joe Walsh who is an American rock guitarist and songwriter. After dating for some years they got married on 12 Dec 2008 in Los Angeles.

The couple is married for more than a decade now and is happily living together. Before marrying Bach her husband was married to four different women.

Bach does not have any biological children, but she cares so much for her stepchildren. She has 3 stepchildren one of them died in 1974 at the age of 3, and one of them is Lucy Walsh who is an actress and singer.

Before getting married to Joe Bach, Marjorie was married to Lord Alexander Rufus Issacs. They got married in Sep 1993, but after 15 years of marriage, they divorced and got separated in 2008.

Bach has worked as the executive vice president in Bitmax. She is also the founder, owner, and partner of Bitmax company. Bach was also an Advisory Board member at The Simms/Mann-UCLA Centre.

Bach helped her husband Joe a lot when he struggled with alcohol and drug. After trying for many years and with family support Joe has stayed sober for more than 2 decades.

Bach was actively involved in the drug and alcohol abuse awareness program and also was honored by the non-profit organization Facing Addiction with NCADD in 2018 for her help in raising awareness.

In 2013 Bach was diagnosed with Breast cancer. Because of her own battle with cancer, she joined Simms/Mann UCLA Centre for Integrative Oncology as an Advisory Board member because it provided care to cancer patients and families affected by cancer.

The estimated net worth of Marjorie Bach is 3.5 million. She earns the majority of her income from her partnership with Bitmax company.

Visit Glamourbreak for more info on your av celebs.