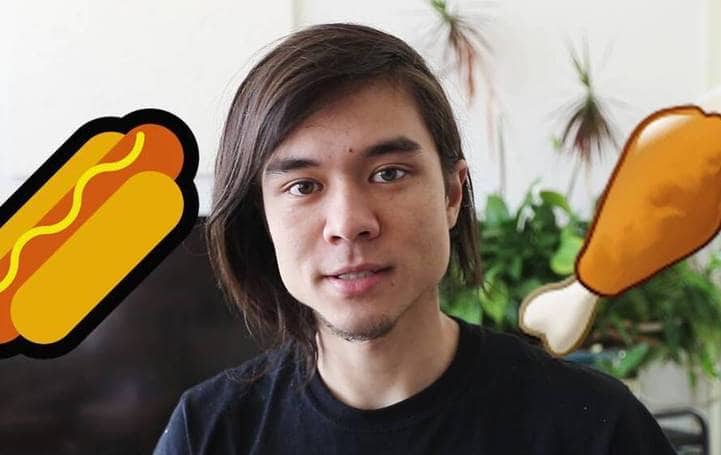 Matt Stonie is an American YouTuber who is has gained a strong fanbase through his participation in eating contests.

He joined YouTube on 24 Aug 2012 and since then he has been gaining a lot of fame. To know more about Stonie stay with us.

Stonie was born on 24 May 1992, in San Jose, California to Cathy Stonie and Dorian Stonie. He has a sibling whose name is Morgan.

From there he thought that eating for a living is not that bad and started his career in it.

Matt Stonie has a net worth of around $ 3.5 million. He is so hooked on his eating passion that even the people who look at him eating enjoy it.

Stone earns a huge amount from participating and winning the various eating competitions as well as earns from his Youtube channel. He also collaborates with different channels and businesses.

He graduated his high school from Evergreen High school in  San Jose, California. Then he was studying Nutrition at Mission College in Santa Clara, before taking a gap from education for his eating passion.

His career as YouTuber

He joined YouTube on 24 Aug 2012 as Matt Stonie where he posts his personal videos of eating a huge amount of food. Currently, he has more than 270 eating videos with more than 14 million subscribers and Billions of likes.

He always challenges himself by consuming more and more food with high calories in a short period of time.

Wants to be a musician

Stonie always wanted to be a musician. He sings and even knows how to play the Guitar. He always likes to play for other people. Someday when he will be all done with this eating career, he would like to be a professional musician in the future.

He is a very competitive eater when it comes to succeeding in contests. For him, self-care is a major part of his game.

for just those few minutes of the contest, requires hours and hours of physical training, mental discipline, and special dieting.

Matt is raising a pet dog whose name is Gray. Gray is a beautiful Gray-colored Husky who just turned 5 on 18 Aug 2021.

Matt Stonie is a charitable person and knows that hunger is a very big issue in the United States and around the world so he likes to help even if it is the little he can do. Till now he has donated more than $3000.

Visit Glamour break for more information on your fav celebrity.