Home celebrity Who is The Wife of Eric Clapton? Melia McEnery's Facts and Details of Marriage

Who is The Wife of Eric Clapton? Melia McEnery's Facts and Details of Marriage 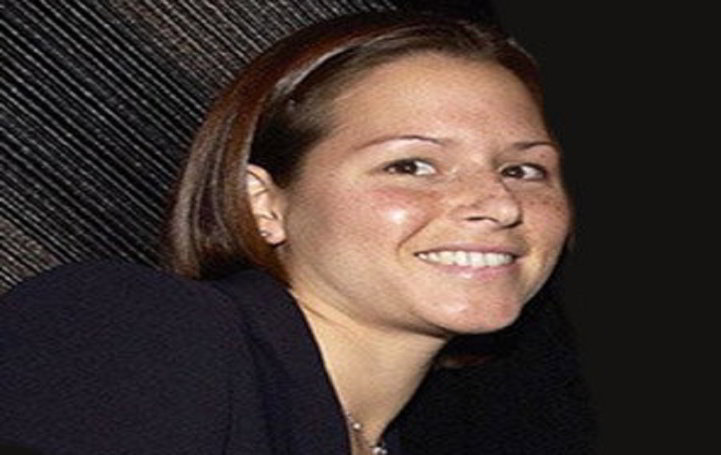 Melia McEnery is a socialite and Philanthropist. She is best known for her marriage with a well-known personality in the entertainment industry Eric Clapton. Eric is a notable musician, composer, and actor.

She is the mother of three children. There is so much for you to know about  Melia McEnery's personal and professional life so stay with us.

Melia was born on 1st Feb,1976 in Ohio, United States. She is the only child of her parents.

Her father Walter is from Scotland and her mother is of dual heritage (Korean and Irish). While growing up McEnery was really close to her parents.

McEnery graduated her high school from Bishop Watterson High School in 1995. Then she graduated with her Bachelor's degree in Arts from Ohio University.

McEnery and Clapton have got three children together. Julie Rose Clapton is their first child together who was born in 2001, then Ella Clapton and Belle Clapton were born in 2003 and 2005 respectively.

How did she meet the love of her life, Eric?

Eric Clapton and Melia McEnery first met at a party held by Armani where Clapton was a guest and McEnery was an event planner. Even if she wasn't allowed to interact with guests she decided to ask for Clapton's signature for her uncle.

From their first meeting, Clapton found out that Melia brought good in him. Before meeting McEnery he was known as a womanizer, but after meeting her he became a gentleman.

Soon they started to date, but due to Eric's busy schedule, they broke up after 1 year of dating. But again got back together after a month. After few months of getting back together, Eric proposed to Melia in Columbus Ohio.

Melia McEnery and Eric Clapton got married in the New year of 2002 at St. Mary Magdalene in Ridley, England. It was the same day their firstborn Rose got baptized.

All the guests were invited for their daughter's baptism but they all were surprised by their wedding news. McEnery is the second wife of Clapton, even if there is 31 years difference they have understanding and genuine love for each other.

From Eric's previous affair McEnery has two children. Eric's first daughter with Yvonne Kelly is Ruth Kelly who was born in 1985.

Then her other step kid from Eric's affair with Italian model Lory Del Santo was named Connor, who tragically died by felling off from 53rd floor of Manhattan apartment in march 1991.

Past Relationship of McEnery

Before meeting Clapton, McEnery was in a long-term relationship with Chris Losinski, but he got ditched because McEnery found her new love.

Who is McEnery's husband Eric Clapton?

Clapton is one of the most influential musicians as well as an extremely talented Guitarist. He was also listed in "100 Greatest Guitarist of All Time".

He has been part of great bands like The Yardbirds and the Bluesbreakers, Cream, Blind Faith, Delaney and Bonnie and Friends, and Derek and Dominos. He has also won numerous awards like Grammy Awards, BAFTA  Awards, and many more.

Past relationship of McEnery's husband Clapton

Before marrying McEnery was married to Pattie Boyd. They couldn't have children together because Pattie suffered from numerous miscarriages. Clapton had affairs with Yvonne Kelly and Lory Del Santo.

Initially, she moved to California from Ohio and started to work random jobs in the designing industry for almost 2 years before getting hired by Armani. In 2019 she was a board member of Children Charity works, and also was Senior Clinical Advisor for Crossroads Centre Antigua.

Melia McEnery's estimated net worth is $300,000. She earns the majority of her income as a philanthropist.

For more information on your favorite celebs visit Glamourbreak.