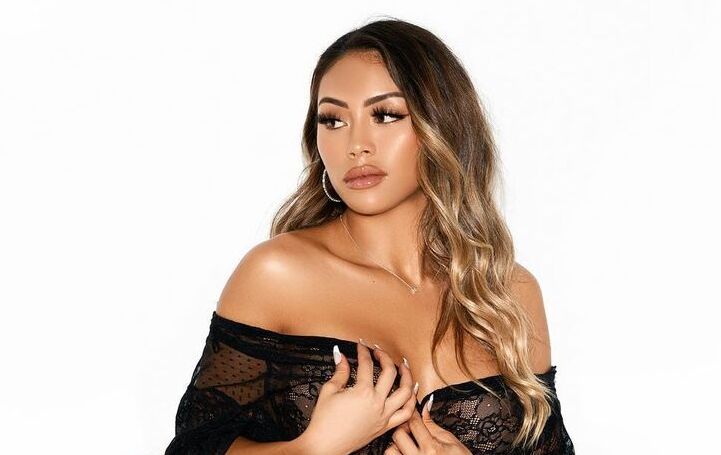 Montana Helena Klein Yao is a model, former beauty pageant winner, and entrepreneur. In 2016 she has crowned Miss Malibu in the USA.

She is also known as the celebrity wife of NBA player Malik Beasley. This couple made headlines through the cheating scandal. To know more about Montana Helena Klein Yao's personal and professional life keep scrolling!

Klein Yao is the only child born to her father Paul Klein Yao and her mother Gina Klein Yao. Since her childhood, Klein Yao is very much close to her parents. Yao's mother Gina is a Fashion designer, CEO, and co-owner of jAGGEREDEG.

Yao gave birth to her son Makai Joshep Beasley in March 2019. She is a devoted mother and loves spending time with her son

In 2018 Montana Helena Klein Yao started dating basketball player Malik Beasley. After dating for some time they got married in 2020. But they didn't always have a great marriage.

Montana Helena Klein Yao and Malik Beasley are involved in quite a bit of controversy. The couple's relationship made headlines when Beasley cheated on Yao publicly with Larsa Pippen who is the former wife of Scottie Pippen. Later Yao forgave him because he apologized.

The couple was also involved in felony charges like threats and violence for threatening a family with a rifle.

Also in 2020, they were charged for possession of Marijuana.

When Beasley cheated on Yao with other women she filed for a divorce which hasn't been finalized yet. For the sake of their son Yao is trying to have a good relationship with Beasley even if he cheated on her.

She is the winner of the Miss Malibu Teen contest 2016. She was also a top ten participant of Miss California Teen USA. She is currently working as a full-time model and actress. Before working as a model she was a Hostess at Duke's Malibu and Catch NYC. She is a multitalented personality who even knows how to rap.

Montana Helena Klein Yao's estimated net worth is $2 million. She earns the majority of her income from modeling and acting. She also owns a Boxter car which costs more than $150,000.