Home celebrity Nadine Caridi : Everything About The Ex-wife of Jordan Belfort

Nadine Caridi : Everything About The Ex-wife of Jordan Belfort 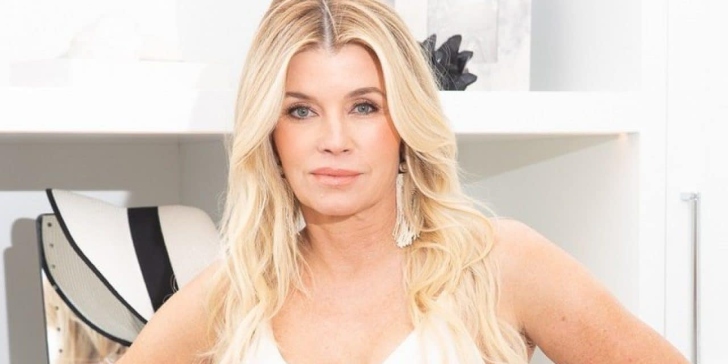 Nadine Caridi's ex-husband, Jordan Ross Belfort is an American entrepreneur, speaker, author, and former stockbroker. Jordan Belfort gains huge appreciation and fame when his book based on  Stratton Oakmont, The Wolf of Wall Street was published in 2007. The book penned by Nadine Caridi's ex-spouse was such as hit that it was later adapted into the movie starring Leonardo DiCaprio.

The ex-wife of Jordan Belfort is also popular as an influential author, entrepreneur, and motivational speaker. Jordan and her ex-partner are parents to two kids, Chandler and Carter.

Nadine Caridi was born on November 6, 1962, in London, England. There is scant available information about her parents and formative years. Nadine Caridi originates from a mixed family background. Her father was Italian whereas her mother had German, Dutch, and English ancestors.

Nadine though born in London but grew up in Bay Ridge, a neighbourhood of Brooklyn, New York. As she along with her parents shifted to the USA when she was a child. That's the reason why she was called "The Duchess of Bay Ridge".

Neither there is any information available about her Educational background except that she attended John Dewey High School in Gravesend, Brooklyn.

Nadine Caridi is a well-known British model and actress. In Addition, she is also a certified marriage and family therapist, Author and entrepreneur.

Her Career As A Model

Caridi has established a reputation for herself and a respectable position here. She appeared in a variety of advertising regularly. The biggest breakthrough in her modelling career was when she appeared in a commercial for Monday Night Football.

Nadine Caridi Is A Certified Marriage and Family Therapist

Jordan Belfort's ex-spouse, Caridi completed a master's degree in clinical psychology from Pacifica Graduate Institute. She later earned a PhD in Somatic Psychotherapy in 2015. Caridi is currently employed as a therapist for families and marriages.

Nadine Caridi's husband, Jordan Belfort published the book "The Wolf of wall street". The book was later adapted into a movie. Leonardo DiCaprio portrayed the role of Jordan Belfort.

The role of Jordan's Second wife, Nadine was essayed by the popular actress Margot Robbie. Nadine's Character was portrayed as Naomi Lapaglia on-screen.

The British model who is often called "The Duchess of Bay Ridge" married the well-known Author Jordan Belfort in 1991 after they dated for a couple of years.

The ex-husband of Denise Lombardo tied the knot with Nadine Caridi after Lombardo divorced him. Jordan and his ex-wife spent a good time for a couple of years and in between became parents of two children.

The romantic couple welcome their first kid, daughter Chandler Belfort on July 29, 1993, while their second child, a son Carter Belfort was born on August 15, 1995.

What Were The Reason Behind Nadine Caridi and Jordan Belfort's Divorce?

Just after the birth of their second child, their marital relationship begins to witness problems and the reason was Jordan Belfort's drug addiction and his infidelity. Things started being worst and eventually ended with their separation. Jordan Belfort and Nadine Caridi divorced in 1998.

The author of "The Wolf of Wall Street" was not the first man in Nadine Caridi's life as well. Before having an affair with Jordan Belfort, the beautiful British model was dating Alan Wilzig.

Alan Wilzig is a part-time race car driver.  furthermore, he earlier served as the president of his father, Siggi Wilzig's, Trust Company of New Jersey.

Jordan Belfort purchased a fancy yacht that was built for the late French artist Coco Chanel. Later, he christened the yacht Nadine. In June 1996 Unfortunately, the elegant yacht drowned off the east coast of Sardinia paratroops from the Italian Navy's special forces evacuated everyone on board.

Belfort later explained that he persisted in cruising out in severe gusts, despite the Yacht captain's orders, which caused the catastrophe.

Nadine Married John Macaluso After Her Divorce From Jordan Belfort

The marital relationship between Nadine and the famous author, Jordan Belfort ended in 1998. The couple were together for 7 years. Right after the divorce from Jordan Belfort, "The Duchess of Bay Ridge" tied the knot with John Macaluso. John is a successful entrepreneur and also served as the CEO of Wizard World.

Nadine and his second husband become grandparents in March 2020. Nadine shared the photo of her with newborn baby Charles John on her Instagram.

Nadine is a popular actress and a model who was also involved in a few other professions as well. As of 2022, the ex-wife of Jordan Belfort has an estimated net worth of  $3 million.

While Nadine's ex-husband, Jordan Belfort who is a well-known author, and businessman have an estimated net worth of over $100 million to date.

Q. When was Nadine Caridi Born?

Q. Why is Nadine Caridi often called "The Duchess of Bay Ridge"?

Nadine Caridi after her birth shifted to Bay Ridge, a neighbourhood of Brooklyn, New York. She grew up in Bay Ridge and that is why she is called "The Duchess Of Bay Ridge".

Q. How many Kids does Nadine Caridi Share with Jordan Belfort?

Nadine Caridi and Jordan Belfort are parents of two kids. They have a daughter named Chandler Belfort and a son Carter Belfort.

The reason behind Nadine Caridi and Jordan Belfort's divorce is Belfort's addiction to drugs.

Q. Who did Nadine Caridi Marry after her divorce from Jordan Belfort?

Nadine Caridi Married John Macaluso after her divorce from Belfort.