Home glammed Who Is Nichol Kessinger? Was She Involved In Her Boyfriend, Chris Watts's Family Murder?

Who Is Nichol Kessinger? Was She Involved In Her Boyfriend, Chris Watts's Family Murder? 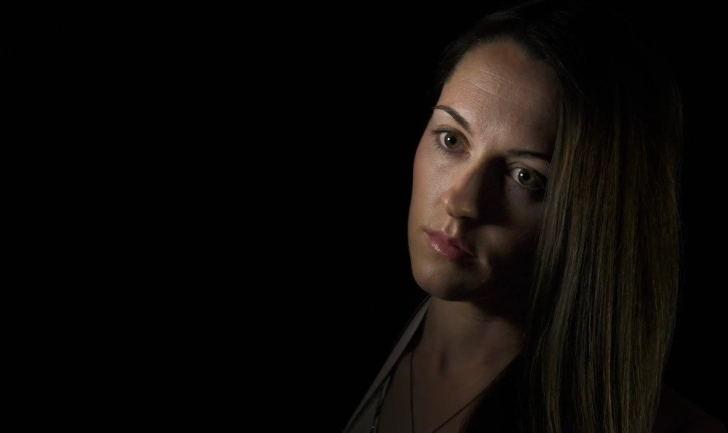 Nichol Kessinger is an American-born woman who comes into the centre of attraction as the girlfriend of murderer Chris Watts. Her alleged boyfriend Chris Watts Killed his pregnant wife & two daughters.

Chris Watts entered a guilty plea after failing a lie detector test, but not before asserting that his ex-girlfriend was also involved in the crime.

Well, the tale is extremely gruesome and can give one the willies. But what's the truth behind this murder mystery? Lots of people are interested to know what happened and whether Nichol was part of this brutal killing or not. Many even don't know who Nichol Kessinger was before this incident.

Here, we try to enlighten the unknown facts about Nichol Kessinger, highlighting how she met Chris and whether or not she is part of this crime. Stay connected with us.

Who Is Nichol Kessinger? Her Early Life Details

Well as mentioned above, Nichol is an ordinary person hence not much information is available about her early life detail. Her exact date of birth is not known, but she was born in 1988. She is 34 yrs old as of now.

Nichol Kessinger is the daughter of Dwayne Kessinger, who is an electrical engineer while the name of her mother is not known. She holds American Nationality.

Nichol completed her bachelor's degree in Geology from Colorado State University in 2013. She obtained an Associate Degree in Geosciences & Earth science from the Community College of Aurora.

Over the due duration, she also became a contract employee with Tasman Geosciences. She also gains the position of project manager at RK Mechanical. Later, she joined Anadarko Petroleum, a company that engages in hydrocarbon explorations. This was the same place where she meet Chris Watts.

When & Where Did Nichole Kessinger Meet Chris Watts?

Nichole Kessinger met Chris Watts when she joins Anadarko Petroleum in 2018. Chris Watts was working as an operator while Nichole was given the responsibility to handle the environmental department.

Nichole while talking in an interview with Denver Post opened that Chris and other operators used to await in the office break room before leaving for work. But Nichole never spoke to him.

Watts himself came into Nichole's office in Mid-June and it was then when they both introduced each other. Watts was married to Shanann Cathryn Rzucek but interestingly Watts didn't wear any wedding ring.

The duo slowly hit off and then their romance kicked off. Watts also confesses to Nichole that he & his wife are separated and their divorce will be finalized soon. He also revealed he is the father of two kids to Nichole.

Their chemistry begins to take the heat and they were even involved in an Intimate relationship. In late July, Chris Watts informed Kessinger that his divorce from his wife Shanann has been finalized.

The Reports of Chris Watt’s Wife and Daughters Missing

In late July, Chris Watts informed Nichole about his divorce from his ex-wife had been finalized but On August 13, 2018, a missing report of Shanann and her two children was reported by Shanann's friend Nickole Atkinson.

Shanann didn't respond to Nickole's text message and call which Nickole did because Shannan missed obstetrics and gynaecology appointment. For the shame, Nickole went to Shanann's house and rang the doorbell but no one responded, Nickole called Chris & also informed Frederick Police Department.

Shannan all the belongings such as a purse, mobile and car were right there in the house and this made the police suspect  Chris who claimed that his wife and kids were sleeping when he left for work at 5.15 am

At the beginning of the investigation, Chris faked his innocence and showed worried about his wife and kids disappearing.

On the day which Chris's family went missing, Chris texted Nichole that his wife and kids has gone. Chris said his wife took the kids to the play date and didn't return back. This spiced up the thing and made Nichole a bit worried.

But, later in the evening when the reports of Chris Watts's family missing made a headline, everything opened up. Nichole then realized, Chris was lying to her regarding divorce from his wife Shanann.

It got to a point that he was telling me so many lies that I eventually told him that I did not want to speak to him again until his family was found.

After seeing no concern about his family and deliberately avoiding the question. Nichol grew suspicious and in order to tell the truth about their connection and the lies he told her, she dialled the Weld County Sheriff's Office. With a pregnant lady and two children missing, Kessinger also made contact with the FBI and stated, "I was going to do anything that I could."

Was Nichol Involved In This Mysterious Murder? She Deleted Some  Messages

A big question mark was left in this case and that was whether Nichol was part of this brutal crime or not. What makes this question more valid is that Nichole deleted some of the messages she sent to Chris, this was revealed by investigation officers.

Nichol went up to say,

“I was just kinda grossed out by him. I didn’t know what was going on right now. You just lied to me and I don’t wanna see this come over my phone again. So I removed it. I deleted all of his stuff because he lied to me. It was the hurt that made me delete it.”

There was no conclusive evidence found which can link Nichol to this murder case, but many people find Nichol was full of guilt during the interview.

The reports indicate that she started looking for wedding dresses online only after dating him for about two months, which is another fault in her story. However, there was nothing found against her and  Investigators were unable to find a single piece of evidence that can explain her involvement.

Later, she was referred to as a "home-wrecker" and "murderer mistress" in the media.

Chris Watts Message Before Being Arrested

Before confessing and pleading guilty in charge of murdering his wife and children, Chris gave a heartwarming message and said he had an emotional chat with her wife just before this incident.

I don’t feel like this is even real right now. It’s like a nightmare I can’t wake up from. Knowing they could be in trouble, it’s earth-shattering.

He told in an interview with NBC news.

In an interview with Denver7, he added,

My kids are my life. I mean those smiles light up my life.”

On 15th August 2018, Chris Watts was arrested for killing his pregnant wife Shanann and two daughters Bella and Celeste. He pleaded guilty after he failed in lie detector test.

But things get more interesting, Chris before confessing his crime claimed Shanann killed their children. He killed his wife as a result of his wrath. He claimed to have seen his daughter Bella on her bed, blue in the face, on the baby monitor. Celeste was being choked by his wife. Watts went downstairs and choked her to death.

The police found the dead bodies in Chris Workplace  Petroleum on August 16, 2018. The body was driven by Chris loading them into the truck.

Chris was charged with four counts of first-degree murder on August 21, 2018. He was sentenced to 5 life sentences with no possibility for parole. Further, he has to pay $6 million to the shanann family, $3 million for the death and $3 million for the pain family went through.

Just after this incident, Nichole was fired from the job.

Later, Netflix released a documentary portraying Shanann Watts and her children's murder. The brutal murder mystery aired on September 30 2020 and the movie was titled “American Murder: The Family Next Door.”

What is Nichol Kessinger Doing Now?

Nichol disappeared from public attraction right after giving her statement to investigation officers. The is no information about her, where she is and what she is doing now.

She also said, “I would not be surprised if it’s going to be hard to go out in public sometimes for a couple of years.” According to rumours, she is trying to start her new life with a new name.