Home glammed Who Is Nick Bare? Is He Married? How He Git Rid of His Health Problem?

Who Is Nick Bare? Is He Married? How He Git Rid of His Health Problem? 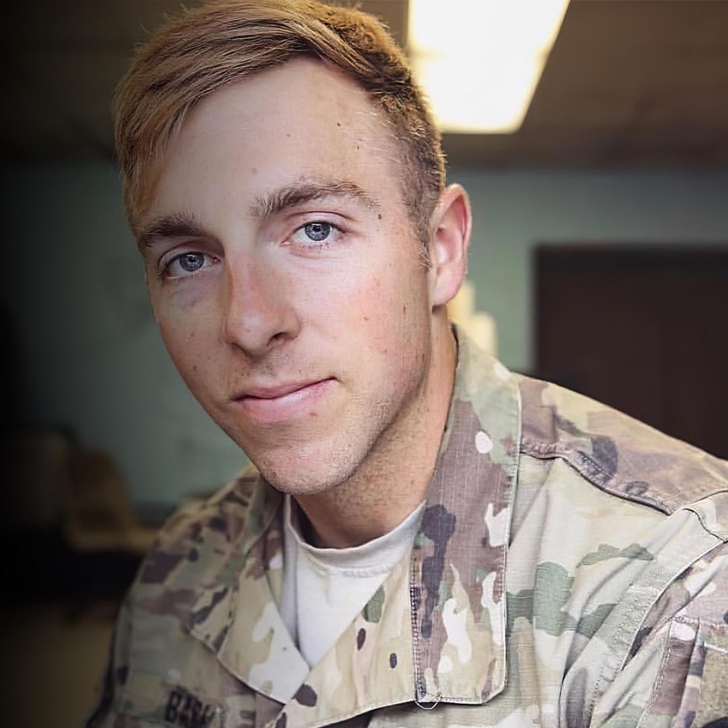 Nick bare is a rising entrepreneur, YouTuber and Fitness instructor. He is well-known for being the founder and CEO of Bare Performance Nutrition, an organization that offers performance programs, nutrition plans, and supplements for all types of athletes.

Along with all these, Nick Bare is also an athlete and former Army Veteran.  Nick bare started his career as a Platoon Leader and a First Lieutenant in the United States Army.

He retired from the military in 2017 to focus on his brand Brae Performance Nutrition. His brand scaled the sports nutrition and nutritional supplement sectors, creating many seven-figure businesses.

Now, Nick Bare is well-known in the fitness business, all because of his diligence and expertise. But how did he become such a well-known star in the fitness industry after leaving the military? Learn more about him and other little-known facts in this article.

Nick Bare was born on August 1, 1990, in Austin, Texas. He was born to a parent Mike Bare and Linda Bare.

Nick has kept his family history a closely-guarded secret; neither the nature of his parents' jobs nor the size of his family are disclosed. However, he has a brother named Preston Bare. Both of them share a great relationship.

Nick Bares Graduated from the Indiana University of Pennsylvania. He did a bachelor's in science, hence belongs to a science background. Similarly, he majored in Nutrient and Business administration simultaneously.

He joined Military after the his graduation, due to his dedication and hard work, he received a full scholarship from Reserve Officer Training Crops(RTOC).

After graduating from college, Nick served as a US Army infantry officer stationed in Korea when he was in RTOC. He then spends years in gaining various military training schools, such as Ranger School and Airborne School.

He then became an Infantry Platoon Leader. He learned leadership qualities when he was in the military that was going to be a big asset for him in his business.

During his tenure in Army,  he completed a 150-mile ruck march to raise money for Hurricane Harvey victims.

However, he had plans to build his company and come up with a novel concept that could aid in the development of his firm when he was sent to South Korea.

Nick Got The Business Concept When He Was In Army

Nick was one of the youth who always had a deep interest in trying new things and he was interested in Nutrition since he was in college.

He decided to run a marathon after spending years preparing for military school. As he was getting ready for the same, a thought came to him one day that he should work as an instructor and launch a separate company that could encourage and aid athletes in gaining fitness.

He launched his own company, Bare Performance Nutrition while serving as an infantry army officer, using a $20k loan in 2012.

He spent most of his time thinking about how to introduce a new concept that can aid him in his business expansion while he was in South Korea serving as a US army soldier.

He is also the author of 25 Hours A Day – Going One More To Get What You Want.

The 32-year-old fitness instructor still participates in a various marathon that happens across his states.

Nick himself being an athlete, always tries to introduce a new and fresh idea to solve the possible problem that can occur to an athlete.

As of now, Nick has gained interest in CrossFit training and endurance.

He explains his current objectives, which include studying Olympic lifting, implementing it into his regimen, and taking part in Crossfit competitions.

Nick Bare Suffered From Anorexia As A Teenager

He was a victim of severe types of health complications.

Nick was diagnosed with Anorexia, and that was just because of his eating disorder. He admitted that his anorexia started during his first year of high school in a conversation with Train Mag in February 2020.

This was the time he soon realized that he need to control his diet and have a proper diet.

He claimed that despite growing up in a healthy family and never being considered "overweight," he became dependent on managing his diet and physical activity. He admitted that at his extreme, he used to eat less than 500 calories each day while also working out after school.

The infantry officer claimed that while his body was still developing, he gave birth to a preoccupation with dropping weight as quickly as possible.

Side Effects of Anorexia

This idea of hurting him first before physically doing so. He starts to notice the frequent weight loss as well as the tiredness and exhaustion. His parents took him to the hospital to determine the cause.

With the doctor's advice, he came to the realization that he was treating his body like a living hell and started concentrating on diet to gain weight.

Recovery took time; it wasn't instantaneous. But he was able to overcome his anorexia, and today he has a good body, is fit, and even works as a fitness trainer.

Nick Bare was dating the American YouTuber Stefany Banda for a long. In 2018, they got engaged. On social media, Stefany and Nick made the announcement that they will wed in the latter part of 2020.

In October 2020, the couple exchanged vows, and the marriage ceremony was held in held at Plantera Conservatory.

Nick's spouse, Stefany is a graduate of Michigan State University. Nick and Stefany are all set to welcome their first child in a few weeks.

Their two doodles, Ryder and Remi, live with them in Austin, Texas.

The founder and CEO of Bare Performance Nutrition has a net worth of $15 million.

He has $6 million a year in revenue from his BPN. He told Forbes that his company's revenue increased by 750 per cent in the year following its introduction.