Home celeb-kids Who Is Otis Frey? Know More About The Youngest Son Of Glenn Frey

Who Is Otis Frey? Know More About The Youngest Son Of Glenn Frey 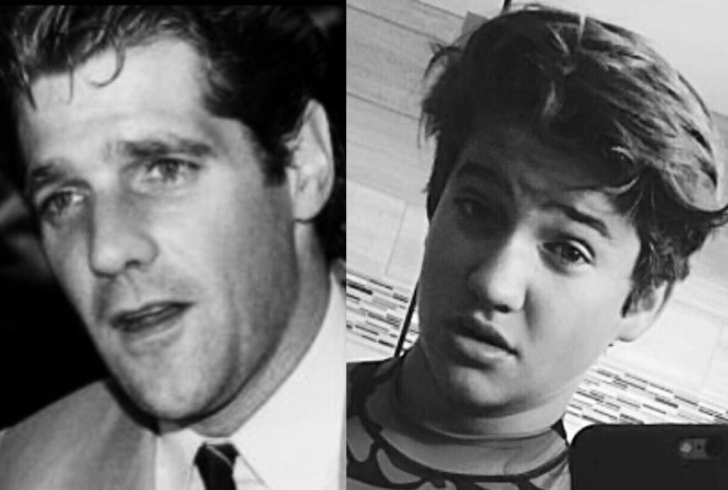 Otis Frey is the youngest among the 3 children of the late Glenn Frey and Cindy Millican. Otis Frey was born in a star family and rose to prominence as the son of a famous musician, singer, and composer Glenn Frey.

In addition to being a co-founder of the band "The Eagle," Otis Frey's late father Glenn Frey also served as the frontman and co-lead singer. After his father passed away, his older brother Deacon Frey assumed his father's place in the band.

Fathers Otis Glenn was a renowned vocalist and composer who garnered five American music awards and six Grammys. "Take it Easy," "Peaceful Easy Feeling," and "New Kid in the Town" are some of his best-known tracks. Otis's Father, Glenn said goodbye to the earth almost 6 years ago, yet his voice, lyrics, and energy are still felt by followers today.

When Otis' father died when he was only 13 years old, his mother and siblings reared him. What is Otis doing now, how has his life been so far, and how was he raised?  let's learn more in this article.

Otis Frey comes from a famous family; each member of the family is well-known and has their own name, but what makes this family unique is that the youngest member's actual birthdate is unknown. But 2003 is thought to be the year of his birth.

He is born to a famous personality, his parents are Glenn Frey and Cindy Millican.

He is of mixed race, with French-Canadian, English, Irish, and Scottish ancestry on his father's side in addition to his American citizenship.

Otis Frey's Siblings: Both His Siblings Are Well Known Personality

As discussed above, Otis is the youngest kid of his parents. He has two siblings. Elder sister Taylor Frey and Elder brother Deacon Frey.

Taylor Frey was born on 10th March 1991, is a well-known American actor who performs in a variety of theatre productions in New York and Los Angeles. Roadies, Camille at the Beach, and Harvey's Last Night on the Avenue are a few of her notable acting roles.

While her brother, Deacon Frey(7th April 1993) is a well-known singer. He took over his father's position in the band The Eagle which was co-founded by his late father Glenn Frey. He served the band as the frontman for almost five years. He recently left the band as things didn't go well and is now focused on making his own path.

Also Read: Who Is Deacon Frey? Why Glenn Frey's Son Leaves His Father's Band "The Eagle"?

Due to illness, Deacon Frey will not be performing with the Eagles during their “Hotel California 2022 Tour” kicking off Saturday, February 19th at the Enmarket Arena in Savannah, Georgia. Deacon’s bandmates will take over his tour duties in his absence.”

Later, when the rumors break out Deacon left the band, the joint statement from The Eagle came on their website. They write,

“Deacon Frey has devoted the past 4½ years to carrying on his father’s legacy and, after some weeks of reflection, he now feels that it is time for him to forge his path. We understand, completely, and we support him in whatever he wishes to pursue in the years ahead."

Also, a spokesperson of the Eagle confirmed, that Deacon won't be replaced in the tour that is set to resume on April 19 and will continue till June. His bandmates will do the job, he added.

After his father passed suddenly, Deacon, then 24 years old, took an amazing choice by stepping into his father's long and illustrious career in the spotlight. We salute Deacon's valiant efforts and offer our best wishes to him as he makes preparations for the future. At any upcoming shows, Deacon is always welcome to come up and perform with us. Deacon will always have the love, support, and goodwill of his Eagles Family around him. We genuinely hope that Deacon's fans would join us in sending him their best wishes as he moves on to the next phase of his career.

Otis's father, Glenn was a founding member of the rock group Eagles. Glenn Frey co-wrote the majority of the Eagles' songs in addition to being the band's frontman and sharing lead vocal responsibilities with Don Henley. Glenn bagged 6 Grammy awards when he was in eagle for his remarkable songs.

While her mother was a professional dancer and choreographer. Taylor's parents were married in the 1990s and remained united up until Glenn Frey's passing.

Frey's death "may be put in part on the RA medications he was on, The colitis and pneumonia were side effects from all the meds," Eagles manager Irving Azoff said in an interview with the entertainment and media news website TheWrap.

The wrong medication was prescribed and Taylor's mother complained to Steven Itzkowitz, a gastroenterologist at Mount Sinai Hospital, about the poor care her husband received that led to his demise.

Unlike his siblings, who are well known among the public. Otis Frey preferred a low-key existence. He always desired a life away from the spotlight and the media. Otis, who is believed to be in high school, has not yet decided on a career route for himself.

Everyone is hoping that he will continue his father's dream together with his siblings.

Otis Frey is just 18 years old, he is still in high school and neither involved in any kind of profession. It won't be wrong to say he doesn't have a net worth of his own. But he belongs to a rich family and has a lavish upbringing.

His father Glenn Frey had an estimated net worth of $120 million at the time of his death. While his brother Deacon fry has a net worth of $2 million.

Taylor's mother, Cindy Millican, is said to have a net worth of $90 million, with a sizeable percentage of that amount coming from his bequest.