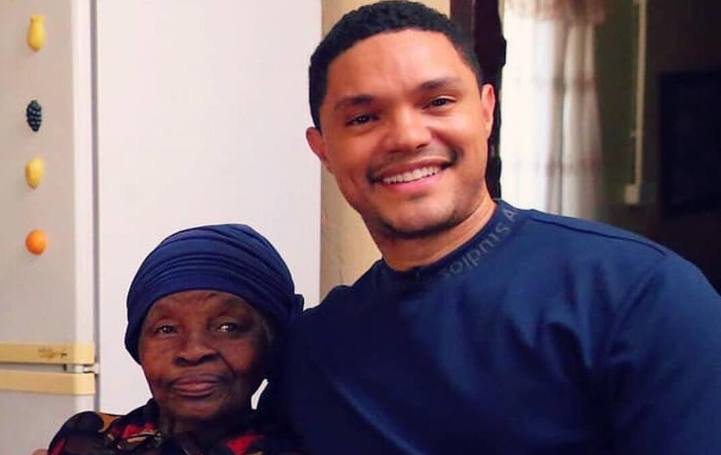 Patricia Noah is a celebrity mother of Trevor Noah an American Comedian and television host.

Patricia is a survivor, she always had been a free-spirited and strong woman. She was so brave woman that she had a baby with a white man and was living in an all-white neighborhood during apartheid. To know more about Patricia Noah stay with us.

Noah was born to Temperance Noah and France Noah out of wedlock in South Africa. She lived with her mother until she went to live with her father at the age of 9.

When her father didn't want her to live with him he sent her to Aunt's home. For 12 years she lived in Transkei with her 14 cousins and Aunt. All those children were either from poor families or were rebellious and troublemakers.

When she stepped into adulthood, she became aware that if she keep staying there she won't be able to get success in life so she decided to move from there.

After learning English at Missionary school and taking typing classes, she finally moved to Johannesburg to live the life she always wanted.

Patricia Noah gave birth to Trevor on 20 Feb 1984 in Johannesburg. She had Trevor with Robert who is a swiss-German.

Patricia didn't want marriage but wanted a kid whom she could call a family because since her birth she didn't get the love of a family. She wanted a relationship without strings from which she could have a baby.

When Patricia first told this thing to Robert he didn't consent to it but later gave in and from their relationship they had Trevor.

During apartheid, it was a crime for Black and white people to get into any kind of relationship. Patricia couldn't tell anyone that Trevor was her child and had to save him from every prying eye.

But, the good thing was Robert secretly made it able for her to live in a white neighborhood. Racism was at an extreme level in those times. But still, Patricia was always able to save her son and herself from law and society.

Patricia Noah was married to Abel Shingange with whom she had two children. Abel was an alcoholic and abuser, so they got divorced officially in 1996 and Patricia later got married to Sfizo Khoza.

In 2009 she was shot by her ex-husband Abel while going back home from Church with her boys from her relationship with Abel. He was so drunk that he shot her twice, but fortunately, Patricia survived because the bullet missed all the vital organs.

But since she survived Abel only got a minimum sentence of an Attempted murder case. Noah is a brave survivor as after the incident she turned into a more strong woman.

Patricia's Relationship With Her Son

Patricia Noah has always taught Trevor Noah to be a strong and kind person. The mother and son have a very lovely bond. Trevor loves Noah more than anything and respects her for being so brave woman.

He thinks that even if society, her ex-husband, and the law always tried to make her fall down she always made those negative things her strength and lived her life with dignity. Trevor calls her mother Gogo and often posts with her on his social media.

Visit Glamour Break for more info on her and your fav celebs.