Home celebrity Rachael Kirkconnell Bio: The Bachelor's Matt James Broke Up With Her For Being Racist

Rachael Kirkconnell Bio: The Bachelor's Matt James Broke Up With Her For Being Racist 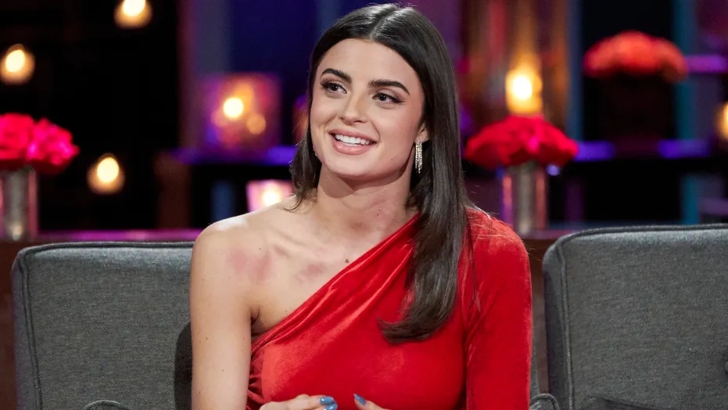 Rachael Kirkconnell is an American television personality who rose to prominence after she won The Bachelor season 25, winning the heart of the season's Bachelor Matt James. She came under fire for being racist on the show. Kirkconnell and James didn't end up getting engaged during the finale of the show and broke up but later reunited and now they are enjoying a romantic relationship together.

She Was a Graphic Designer

Kirkconnell is of Honduran descent and of white ethnicity and belongs to American nationality She attended West Forsyth High School where she graduated in 2015. She then attended Georgia College & State University from where she graduated with a degree in marketing in 2019.

During her college days, Kirkconnell was a member of Alpha Delta Pi that she later left following a controversial Antebellum South plantation-themed formal.

Kirkconnell was working as a graphic designer before she was cast for season 25 of the ABC dating reality television show, The Bachelor.

Winner of Matt James' Season of The Bachelor

Rachael Kirkconnell, 25, was cast in The Bachelor season 25 in January 2021. She competed for the heart of Matt James on the show. James is the first African-American bachelor of the ABC reality show's history.

The former NCAA football, 30, chose her over the season's runner-up Michelle Young. However, Kirkconnell and James didn't have their engagement on the show's finale and they two called it quits.

After the Final Rose special in March 2021, the reason behind James not proposing Kirkconnell was revealed to be her past racist actions.

However, James later forgave her and the two reunited in April 2021. The boyfriend-girlfriend duo is enjoying a romantic relationship, as of March 2022. Following the reunion, the couple returned to the Nemacolin Woodlands Resort where The Bachelor season 25 was filmed.

During the airing of the ABC show, Kirkconnell came under fire when her past racist actions were brought up by the media. As per the report, she used to like racist social media posts and bully girls for their dating preferences while she was in high school.

In February 2021, Kirkconnell publically apologized to the audience for her past behavior, accepting that she was "ignorant and racist" at the time, and pleaded with her fans not to defend her.

Rachael Kirkconnell has not disclosed her total net worth yet but online sources have estimated the total wealth of the television star to be $1 million, as of 2022. When she, won The Bachelor season 25, she received prize money of $100 thousand.

Moreover, when she was working as a graphic designer, she was making $3000 per month.