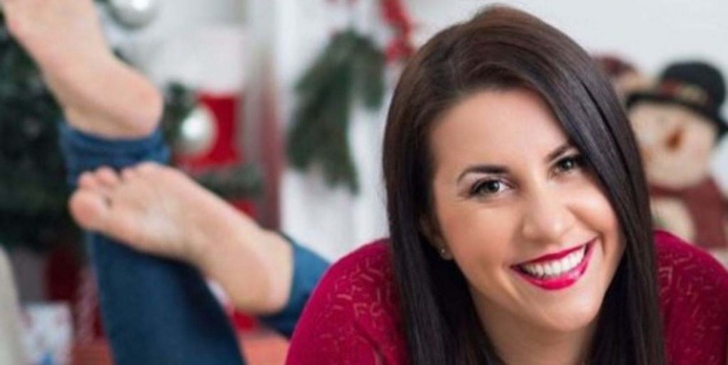 Radina Aneva is a Bulgarian-born girl who works as a financial analyst in The Walt Disney Company. She is the wife of Jeffrey Jordan. She rose to prominence as the daughter-in-law of all-time NBA great, Michael Jordan

Her husband Jeffrey Jordan is the eldest son of Michael Jordan and is an entrepreneur and a co-founder of "Heir Jordan", a philanthropic foundation that he runs with his younger brother Marcus Jordan.

The couple tied the knot in 2019 after dating for years and being engaged in 2017. Radina's father-in-law, Michael Jordan ruled basketball in his period Michael Jordan spent 15 seasons with the Chicago Bulls, winning six NBA championships. Michael Jordan is also the chairman of the Charlotte Hornets and the team's primary owner in the NBA.

Here we are going to reveal all the personal and professional aspects of Jeffrey's Wife, Radina Avena. Stay connected with us.

When & Where Was Radina Avena Born? What's Her Nationality & Ethnicity?

Jeffrey Jordan's wife, Radina Avena was born on 9 September 1985, in Bulgaria. She is 36 yrs old. Radina belongs to the Caucasian ethnicity and holds Bulgarian citizenship.

Radina Aneva is well-known in the media, although she has yet to reveal any information about her family. The name of her parents is not known. However, she frequently posts photos of her mother, father, and sister on her social media accounts. She grew up in her hometime along with her sister.

Radina celebrated her parent's 42nd wedding anniversary on October 31, 2019. She also shared a photo of herself with her mother, father, and husband on Instagram around the moment.

If social media is anything to go by, Radina has a sister who has a resemblance to Radina.

Michael Jordan's daughter-in-law, Radina Aneva is a well-educated personality with having master’s degree in Management of IT projects. She completed her graduation from New Bulgarian University in 2011.

What Does Jeffrey Jordan’s Wife Radina Aneva Do?

Going by her Linkedin Profile, She works for "The Walt Disney" as a financial analyst. She is there since February 2020.

Her first job experience was in MAPASS, Inc as a scheduling coordinator in Bulgaria which she did just after completing her graduation.

Aneva spent six years as a financial analyst/credit controller at a Belgian-Bulgarian freight shipping and logistics company from 2010 to 2016.

She then registered at Twentieth Century Fox for four years from 2016 to 2020 as a team leader and collections specialist, learning and gaining knowledge from her previous jobs. This was her last job before starting at Disney.

Radina was dating the eldest son of Michael Jordan, Jeffrey Jordan for quite a long. During their affair, they went to various places for vacation as indicated by Radina's Instagram Post.

On one such vacation, Jeffrey Proposed to Radina with a diamond ring. Radina didn't think twice before accepting the proposal. And the couple was engaged on 22 November 2017 in Hawaii.

Following their engagement, they begin arranging their wedding, and they walk down the aisle on May 25, 2019. They were married in a magnificent wedding ceremony. During the wedding, the bride wore an off-white gown with a long white veil to complement the outfit. Meanwhile, the groom wore a black suit and a white shirt with a matching bow.

It's been 3 years, and the couple is living a happy life and spending their beautiful time together.

Also Read:Who Is Juanita Vanoy? How Much Alimony She Got From Her EX-Husband Michael Jordan?

Radina Aneva's net worth is yet to figure out but Radina being an independent woman and having an identity of her own, surely would have earned a good chunk of money.

While her husband Jeffrey Jordan who is co-founder of the Heir-Jordan organization has an estimated net worth of over $1 Million and a total asset of $24 Million.

And her father-in-law, Michael Jordan is a billionaire and has an estimated net worth of $2.1 billion to date.