Home celebrity Who Is Raine Michaels? Is Bret Michaels Daughter Really A Diabetic?

Who Is Raine Michaels? Is Bret Michaels Daughter Really A Diabetic? 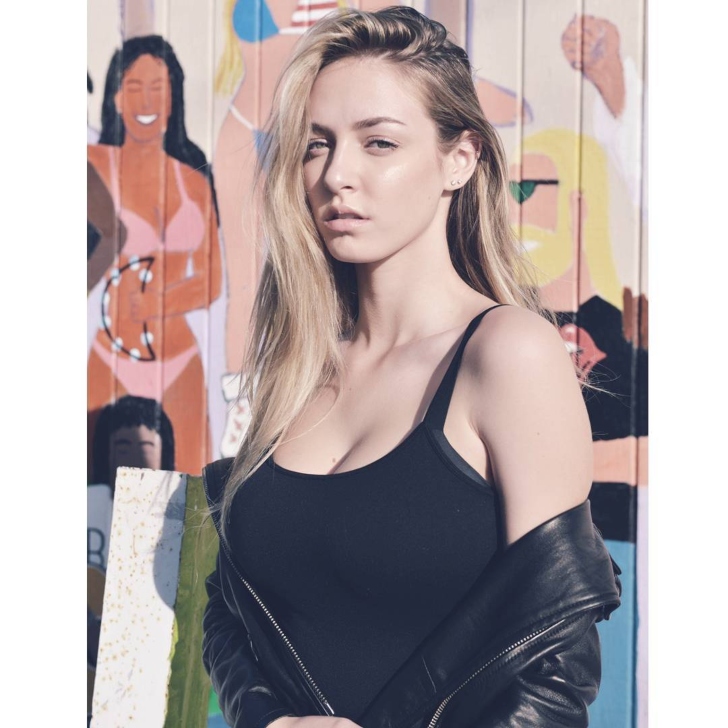 Raine Michaels is a celebrity kid. She is the eldest daughter of a famous singer, songwriter, musician Bret Michaels, and actress Kristi Lynn Gibson.

The practice of gaining celebrity for oneself with the support of well-known parents is not new. Raine Michaels is similarly affected as she was born in a star-studded family. She is establishing her career on her own, though, despite being a celebrity child, thanks to her perseverance and hard work.

Raine had previously made headlines for several reasons. Has she remained a girlfriend of Matt Carol? Learn more about her personal and professional life by reading on.

The American singer Raine Michaels was born in Los Angeles, California, on May 20, 2000. Her age right now is 22.

Bret Michaels and Kristi Lynn Gibson are her parents. She was born under the sign of Taurus and is a citizen of the United States. Raine is from a family of Caucasian ancestry.

Also Read: Who Is Landon Asher Barker? How Was His Relation With His Mom Shanna Moakler?

Bret Michaels, her father, is a well-known musician who is best known for playing lead guitar in the Glam metal band Poison.

She has a younger sister Jorja Bleu Michaels. Her Younger sister is an actress. While the name of her grandparents is  Wally and Marjorie Sychak.

In her hometown, Raine finished high school at a local private school. She enrolled at Belmont University in 2018 after completing her high school education, where she studied journalism from 2018 to 2019.

Raine later changed schools to Arizona State University to pursue a Bachelor of Arts degree in broadcast journalism, where she eventually earned her degree in 2022.

Jorja, Raine's younger sibling, was born on May 5, 2005. Compared to her sister Raine, Jorja is five years younger. The 17-year-old youngster is a budding singer-songwriter as well as an actress.

Both of Bret Michaels's daughters are working hard to forge their paths. While Jorja tries her luck in music, Raine is attempting to launch her modelling and acting careers.

The Younger daughter of Bret Michael had appeared in her Dad,  Bret Michaels: Life As I Know It and Mistrust as an actress.

When Raine's parents first met in 1994, they clicked right away. They dated for 16 years, had a tense, sporadic relationship for those 16 years, and had two daughters together during that time.

Bret Michaels: Life As I Know It, in which he proposed to Kristi Lynn Gibson, grabbed viewers by surprise in the final episode.

I love you, and you’ve been unbelievably a big part of my life, and we have two beautiful girls together. I hope that we can find that inner love that we have forever. And I want you to be my wife.”

Kristi, who was already the mother of Michael's two children, accepted the proposal, and in 2010 they became engaged. However, in 2012, they decided to call off their engagement.

Despite their separation, they co-parented and raised their child together.

Raine Michaels started as a model for Sports Illustrated.

Raine's kicked off her modelling career at the age of 16.

Just a year after completing high school, She was chosen as one of four finalists to appear in Sports Illustrated in 2019. It is also believed that Raine Michaels was chosen for the shoot from a pool of 25 thousand hopefuls.

She also walked for a sport illustrated swimsuit show in Miami in the same year. Michaels told FOX News about her remarkable encounter, adding,

“It was incredible, that’s all I can say. It was one of the best experiences I’ve ever had in my life. The whole week was just amazing. This was my first runway show ever and it was for Sports Illustrated. So this is a pretty big deal.”

Similarly, she discussed her shoot with Too Fab, adding,

I still haven’t seen the physical copy because in LA they don’t get it until like 3 or 4 days after it comes out in NYC, so when I get to see the physical copy for the first time it is going to be emotional experience.”

Raine Michael was Diagnosis With Prediabetic At Very Young Age

Raine Michaels's life was not easy, Raine was diagnosed with prediabetes, often known as borderline diabetes, at a young age.

Raine has a family history of diabetes; her father is a diabetic and she has seen him take insulin. She was terrified of getting the shots because she saw her father talking about them.

Her father took her to Phoenix Children's Hospital for treatment, and her worry was alleviated to some extent when she saw other diabetic children.

However, with a good diet and physical activity, she was able to overcome her pre-diabetic condition.

She had to eat low carbohydrate and low sugar foods while undergoing treatment. Her diet consists primarily of vegetables, salads, and lean meat. Fortunately, all of her efforts were fruitful. She is no longer afflicted with this condition.

Is She Still Dating Her Boyfriend Matt Corral?

Michaels was in a relationship with Matt Corral in high school.

Bret Michaels, Raine's father, even referred to Matt as "my daughter Raine's boyfriend" at the time.

Raine also attended one of the events to support her boyfriend Matt, but they haven't been seen together since, and no fresh updates have surfaced on the internet. Similarly, neither party has addressed this issue.

As a result, Raine and Matt Corral are no longer together. The pair has called it quits.

Aside from that, the model has never been linked to another man. Similarly, knowledge of her previous affairs has recently surfaced in the public.

Raine's revenue comes from her modelling career, brand endorsement deals, and commercial commercials. She made a good living from these.

Her father, Bret Michael, is worth $16 million as of 2022. When Raine visits Los Angeles, she stays in her father's $4.8 million contemporary-style Calabasas home.