Home celebrity Who Is Rainey Qualley? Know Everything About Andie MacDowell Elder Daughter

Who Is Rainey Qualley? Know Everything About Andie MacDowell Elder Daughter 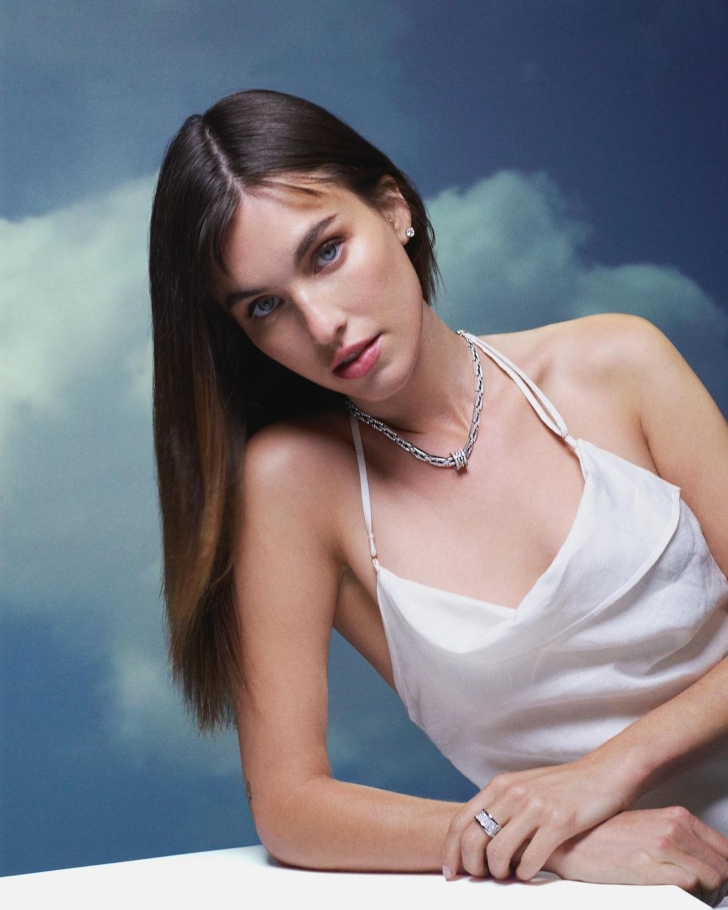 Rainey Qaulley is the eldest daughter of the well-known American actress and former model Andie MacDowell and her ex-husband, a former model, Paul Qualley.

Rainey Qualley who was also crowned "Miss Golden Globe 2012", made her acting debut in 2012 with the movie, Mighty Fine.

Despite coming from a famous family, Rainey has worked harder to establish herself. Rainey after making her acting debut opted to try her hand at music. She released her maiden music album 'Turn Down the Lights' in 2015.

Rainey is the eldest daughter of her celebrity parents, both her sibling, elder brother Justin Qualley and younger sister Sarah Margaret Qualley are also experts in their fields.

Let's explore some hidden facts about Rainey Qualley by digging into her personal and professional life in this article.

She belongs to White Caucasians and has American nationality. The Zodiac sign is pieces.

Rainey is the middle child of her parent. She has an elder brother, Justin Qualley who works as a real estate agent and her younger sister, Sarah Qualley is a well-known American actress.

Her younger sister Sarah Qualley is well known for co-starring in Quentin Tarantino's comedy-drama Once Upon a Time in Hollywood alongside actors including Brad Pitt, Leonardo DiCaprio, and Margot Robbie.

Andie MacDowell, a well-known American actress, model, and member of the A-list of actors in the business, is Rainey Qaulley's mother.

Although she made her acting debut in 1984's Greystoke: The Legend of Tarzan, she earned the Independent Spirit Award for Best Female Lead for her performance in Sex, Lies, and Videotape. The performance was lauded by both the press and the business community.
She also won Golden Globe nominations for her performances in Green Card (1990) and Four Weddings and a Funeral (1995), for which she later received a second nomination (1994).

She is a well-known figure in the film industry and got married early, but when she became pregnant with Justin Qualley, her life took a turn for the better, and she began to experience motherhood like she would a son.

Rainey Qualley's Career: As An Actor And Singer

She was crowned "Miss Golden Globe 2012" by the Hollywood Foreign Press Association in 2011, which increased her exposure to the film industry and hinted at her prospective acting career.

The good-looking daughter of Andie MacDowell made her debut with the movie 'Mighty Fine. She appeared along with her mother in the movie.

In 2014, Rainey appeared in the short film "Pink & Baby Blue". In the same year, she got a breakthrough in her acting career when she was offered the lead role in "Falcon Song".

In 2015, she played the role of a model in an episode of the award-winning drama series, 'Mad Men.

In 2015, she made her singing debut by releasing her album "Turn Down the Lights". Her debut music album which was written by John Ramey, and released by Cingle Records contained 7 tracks and it was well received by the audience.

The following year, Rainey moved from Nashville to Los Angeles where she was again seen in the music industry as 'Rainsford' with 'S.I.D. (Sunshine in December),' a sensuous electropop with R&B-influenced vocals.

Her, S.I.D was followed by 'Too Close', leaning pop anthem that was released in the first half of 2016.

In 2017, she collaborated with her former boyfriend Miles Garber for the romantic duet 'Sweet Spot' on the occasion of valentines day. Her boyfriend is a vocalist, who was banned for the controversial swimsuit issue.

She essayed the lead role in the short movie "No Other Like You" released in 2016 but then she shifted her focus on her singing career and started preparing for Rainsford's debut EP.

When Paul was posing as a model for GAP marketing services, Justin Qualley's parents met for the first time. Andie MacDowell and Justin Qualley have three children together after dating for 13 years before marrying in 1986.

Rainey Qualley was only 8 years old when her parents split.

Rainey Qaulley was in a relationship with a model, singer Miles Garber. The couple was first seen on Teen Vogue's website where they showcased their wardrobe collection for a music event that summer.

Rainey Qualley in an interview said, "both goofy and weird and sensitive, and need multiple creative outlets to stay happy and sane".

In 2017, on valentines day the couple together for a romantic duet 'Sweet Spot'. Her boyfriend is also highlighted in the swimsuit issue.

But in past few years, the couple has not been seen together and the few online portals reported the couple who used to dwell together in Los Angeles are not together now.

So, we can say Rainey Qualley is single at the moment.

The singer and actor have an estimated net worth of f $1.5 million to date. Most of the come from her acting and singing profession.

Visit our website Glamourbreak for such more interesting updates.