Home celebrity Who Is Ryan Destiny? Is She Still Dating Her Boyfriend Keith Power?

Who Is Ryan Destiny? Is She Still Dating Her Boyfriend Keith Power? 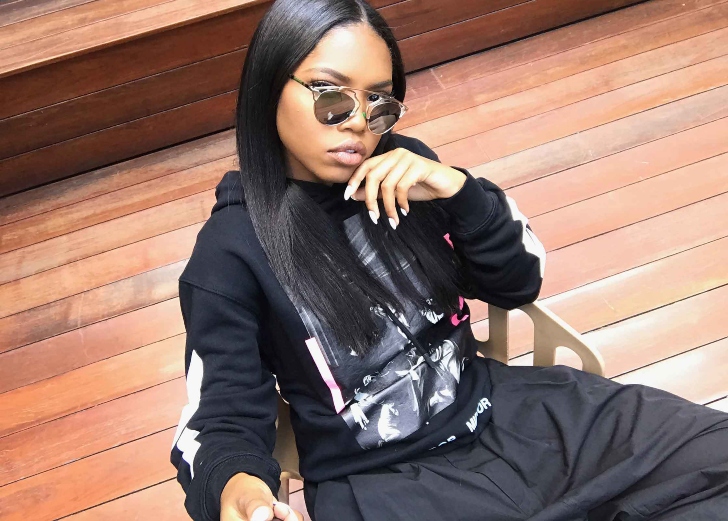 Ryan Destiny is an American pop singer, actor, and fantastic songwriter. She is best recognized for her work in the Freeform sitcom Grown-ish and the Fox TV musical drama Star. She is well-known for being a part of the girl group "Love Dollhouse".

Her musical career began when she was 12 years old and formed the musical trio New Limit with her friends. Since then she is a part of the entertainment industry.

Destiny is very private about her personal life and has tried her best to hide her relationship status. But, it's not secret anymore and is known to all she is dating Keith Power.

She has been nominated for Teen Choice awards three times at a very early age. Destiny has also devoted most of her career to acting, appearing in numerous movies and TV shows. She became well-known for her parts in Star and A Girl Like Grace.

Let's look in detail at her personal and personal life.

Ryan Destiny originally Ryan Destiny Irons was born on January 8, 1995, in Detroit, Michigan. She is born to a parent Deron Irons & Dawn Irons.

Ryan attended West Bloomfield High School, she learned dancing & theatre in this school. While, high education and university detail of her, has not been revealed by Ryan Destiny.

Her Interest In Music Was Developed When She Was in School

When she was 12 years old and a school-age child, her musical career officially began. With Jasmine Pore and a select group of her other pals, she established the musical group "New Limit". The band's manager was Ryan's mother.

The trio, with help of Destiny's mother, participated in an America's Got Talent audition and they were selected. Their group advanced to the third round. They were subsequently signed by All Def, who assisted with the release of their debut single, "Can I?".

Destiny began taking singing and dancing lessons at the end of 2011, and she later signed with an independent label in Michigan. After the group broke up, Destiny and Jasmine Pore worked with Chelsea Stone, another competitor on America's Got Talent, to create the new group "We are Dollhouse".

Later, they changed the name of the group to "Love Dollhouse."  All Def, a record company co-founded by Russell Simmons, Steve Rifkind, and Brian Robbins, signed Dollhouse. They released their debut single, Can I just before the tier broke up. Destiny then focused on her solo career and signed with Capitol Records.

Ryan Destiny had the opportunity to attend Justin Bieber's Never album debut in 2011 after winning a singing competition.

Ryan’s Career as an Actress

Ryan started her music career at the age of 12 and entered the entertainment industry since then. She begins her acting career by debuting in an episode of the web series The Wannabes Starring Sawy. In 2013, she bagged her first lead role in Detroit-based crime drama, Low Winter Sun.

In 2015, Ryan Destiny was announced as one of the series' leading ladies, Alexandra, in which she co-starred with Queen Latifah. The series was aired for 3 years and goes off the air in 2019. The series stars some of the big names Matthew Noszka, Michael Michele, Mike Epps

She got the role of Claressa Shields in a Universal Pictures biopic Flint Strong alongside Ice Cube & Judy Greer in 2019. She also played the recurring role of Jillian in a series titled Grown-ish.

The relationship between Keith Power and Ryan Destiny is no secret; they had made it public themselves. The duo has been in a romantic affair since 2017. They appear in public and even share private moments in social media posts.

On February 3, 2020, for the live Super Bowl, the couple was sighted in Miami's Hard Rock Stadium. Keith Power, her boyfriend, is an American actor.

The couple attended the game to cheer for their favourite team, the Kansas City Chiefs, who defeated the San Francisco 49ers by a score of 31-20 to claim the championship.

To commemorate this triumph, Keith Power shared a photo of himself and his girlfriend on Instagram.

Keith Power, her boyfriend, is an American actor. He is best known for his performance as "Ronnie DeVoe" in The New Edition Story, but he is also recognized for his portrayal of Cameron Drake in Reality High in pictures of life.

Seeing his success in the movie, Keith Power debuted in TV Series and was part of the highly successful series "Pretty Little Liars" which stars big names like Lucy Hales, and Shay Mitchell.

The main high point and most lauded aspect of the actor's television career came the following year when he was cast in a recurring role as Theo in Faking It. He was, however, offered the role of "LaDarius Pope", the main character in "Sin City Saints" in 2015.

Ryan Destiny, an actress and singer, has a $3 million net worth as of 2022. Destiny gets a large chunk of money from sponsor posts on social media sites like Instagram, where she has more than 2 million followers, in addition to her lucrative acting and singing careers.

While her actor boyfriend Keith Power has a net worth of over  $1 million as of 2022.