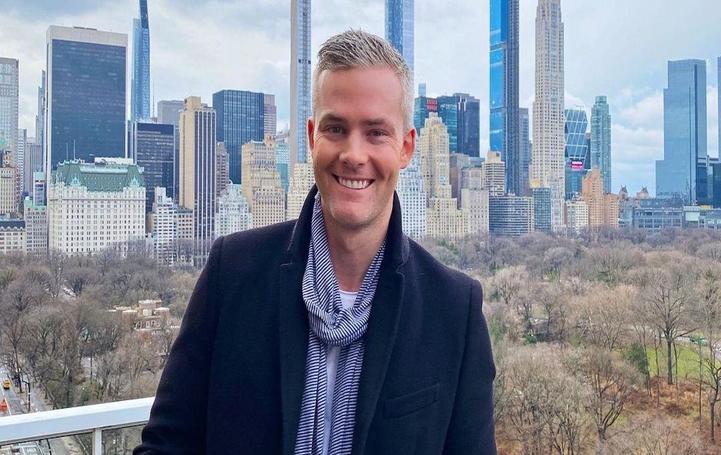 Ryan Matthew Serhant aka Ryan Serhant's estimated net worth is $30 million. He is CEO of Serhant and a Real estate broker. He lives with his wife Emilia and daughter Zena in his $7.6 million dream house.

Serhant switched from acting to real estate in 2008. Before getting into the real estate business he has acted in the series "The World Turns" in the role of Evan Walsh.

He also has appeared in movies like "Withdrawal" ( 2010) and "While We’re Young" (2015) and other Television series like "The mysteries of Laura", "Inside the Amy Schumer". He also produced and directed web series called "Reality Byte with Ryan Srehant". Srehant also has starred on "Larry King Now", "On the money", and "Ca$h Cab".

He first got into real estate in 2008, and in his first year as a real estate broker, he earned $9000. Soon, after some time in the real estate field, he sold $8.6 million properties.

While working in his old company he did some major deals like $33 million Miami penthouse, $69 million Manhattan home, and many more.

In 2012 Srehant appeared in "Million Dollar Listing New York" from which he later gained the spinoff “Sell it Like Srehant” in 2018.

He was even ranked the 15th most successful real estate broker in New York in 2012. He has published his own books like "Sell Like Srehant: how to sell more", "Earn More", "Become the Ultimate Sales Machine" and "Big Money Energy".

Srehant is the person who sold the 2nd most expensive house which was a $133 million property in Florida.

Ryan Serhant started his own real estate company Serhant in 2020 which didn/'t took too long to flourish.

His company Srehant has now sold properties of nearly $1.45 Billion. The Sales team from his company is ranked Top #1 Team in Sales Volume in New York City for 2019, and Top #3 Team In Sales Volume Nationwide for 2019.

Srehant's Brooklyn Townhouse is  massive. It is a six-story home, with 8 bedrooms and 8 bathrooms. His home costs $ 7.6million. He brought it and in 2 years reconstructed it himself  as his own dream house.

Ryan Serhant owns a Silver G wagon Brabus with thick black wheels. The cost of his car is $875,500.