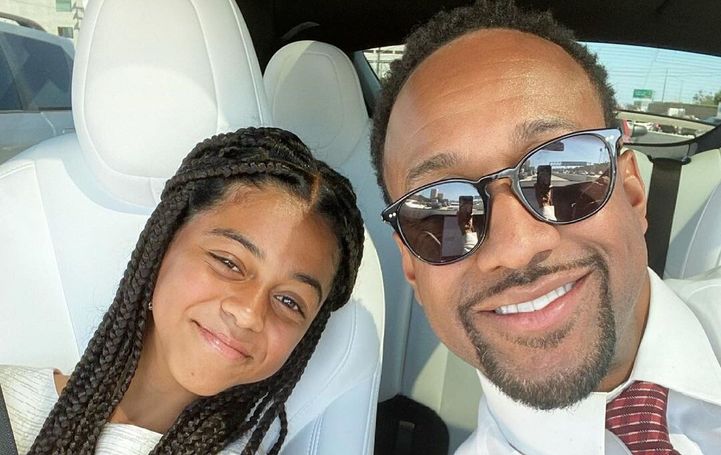 Samaya White is a star kid born to her actor parents, Jaleel White and Bridget Hardy. She is one of the luckiest kids born to famous parents.

She can be called Daddy's Girl as she is more close to her father, Jaleel is more involved in Samaya's life than Bridget. To know more about White life stay with us.

About Samaya and her family

White was born to her parents in 2009 in the United States of America. Both of her parents are actors who have starred in several movies and series.

Net Worth of her Parents

Both of her parents earn a decent amount of salaries from their career as actors because of which Samaya is able to live a lavish life.

Samaya's father Jaleel White is an American actor who has starred in the sitcom Family Matters and a series Grown-ups.

Besides he has made cameo appearances in Boston Legal, House, Castle, dream girls, hosted a game show called Total Blackout, and also has done voice acting for characters called Sonic the Hedgehog.

More close to her father

As White's parents are separated, White is currently living with her father. She is very close to her father as Jaleel is very much involved in her daughter's life. The duo is often seen spending a lot of father-daughter time. Jaleel quite often flaunts his daughter on his Instagram.

Parents relationship with each other

Samaya White's parents fell in love and dated for quite a while. They didn't get married and gave birth to Samaya out of wedlock. Their love didn't end so well, because of their personal differences, and they got separated.

Currently, both of them look after White, but mostly White lives with his father.

For more info on her and your favorite celebs visit Glamour Break.