Home celebrity Who Was Sawyer Sweeten? Know The Reason Behind His Suicide

Who Was Sawyer Sweeten? Know The Reason Behind His Suicide 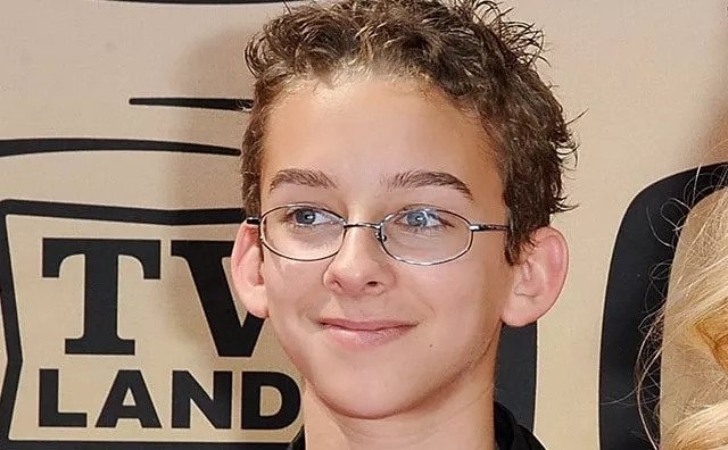 Sawyer Sweeten was a well-known American Child actor who gain immense popularity for his role as Geoffrey Barone in the CBS sitcom "Everybody Loves Raymond".

The emerging career with future potential stardom career ended when Sawyer Sweeten committed suicide at the age of 19. He had such potential that it might have materialized in a short amount of time. But unfortunately, he ended his career himself leaving his fans in shock.

Sawyer Sweeten originally Sawyer Storm Sweeten was born on 12 May 1995 in Austin, Texas, United States. He was born to his parents Timothy Lynn Sweeten and  Elizabeth Anne Gini.

Sawyer was a celebrity kid, his father Timothy is a screenwriter while her mother is an actress. He belongs Caucasian ethnicity & has American Nationality. His family shifted to California from Texas when Sawyer was 6 months old.

Sawyer Sweeten's Siblings: He Has A Twin Brother

Sawyer Sweeten has 6 siblings including a twin brother. He has an identical twin brother Sullivan Sweeten and an elder sister Madylin. They all work together in the CBS sitcom Everybody Loves Raymond.

Other than Sullivan & Madylin, Sawyer has one younger biological sister Maysa Sweeten.  While Guiliana, Elliette, Emma, and  Jaymeson are his half-siblings.

Sawyer Debuted When He Was 16 Months Old

Sawyer debuted career started when he debuted when he was 16 months old, he debuted with the TV series Everybody Loves Raymond playing the role of Geoffrey Barone.

He debuted in 1996 and was part of this series till 2005. "What Not to Wear, Frank McKlusky, C.I, Even Stevens, and The Dr Oz Show", are among other series he is credited for.

What Happened to Sawyer Sweeten?

Sawyer ended his life when he was just 19 yrs old, taking such action at this young age devasted everyone. According to an online tabloid, Sawyer was then (April 2015) visiting his family in Texas, he went into the porch and shot himself dead with the gun.

He was a funny, shy and quiet guy according to his family and friends, no one expected Sawyer will even think of committing suicide.

His elder sister Madilyn on her social media handle wrote,

“This morning a terrible family tragedy occurred. We are devastated to report that our beloved brother, son, and friend, Sawyer Sweeten, took his own life. He was weeks away from his 20th birthday… we beg of you to reach out to the ones you love.”

What Was The Reason Behind Sawyer Sweeten Committing Suicide?

As said by Sawyer's friend, Sawyer was an anti-drug guy but his autopsy report suggests he had taken the drug before shooting himself dead. Sawyer Sweeten Post mortem was done by Travis County Medical Examiner’s Office.

The toxicology report found marijuana or cannabinoid in Sawyer’s body. He was also supposed to be going through depression, though his family and friends claimed no major symptoms of depression were seen in Sawyer.

Sawyer's mother in an interview said,

"Sawyer used to say things that were delusional and didn’t make sense.”

She further claimed his later son seems  “paranoid" and didn't want to sleep in his room.

But Sawyer suffered from Attention Deficit Hyperactivity Disorder (ADHD) as a child.

Millions of followers all over the world adored Sawyer, he was a rising star. Family members of Sawyer assemble in a Riverside, California, funeral home. A week after Sawyer's passing, they gathered. Sawyer's Funeral is attended by over 200 individuals.

All the people who attended his farewell wore blue & green clothes as it was Sawyer's favourite colour. Given giving tribute to Sawyer, everyone from the family did something that Sawyer like.

For the same, Ashley, Sawyer's aunt, had a shirt with a kitten on it because he adored cats. Similar to how his sister Maysa described him, he is now her guardian angel as well as her brother, friend, and father. Sullivan, his identical twin, also dyed his hair blue, and his mother finally delivered an emotional statement.

Sawyer debuted with the CBS sitcom "Everybody Loves Raymond" when he was just 16 months old. He was there for almost 10 years. He had a great bond and attachment with the other stars and crew of the series.

On the grounds of the church, the two outdated theatres were renovated in honour of Sweeten. Additionally, a plaque stating, "Sawyer's Playhouse" was placed in the upstairs theatre.

“May this place be a  light for all to find safety and friendship through creativity.”

People who cared about Sawyer came to the event wearing black shirts with the words "Sawyer's Crew" emblazoned on them.

Life Of Sawyer Family After His Death

It's been quite a long since this horrible incident happened in Sawyer Family, but it's still tough for his family to deal with it.

“It is an intense, profound pain that I experience having to attend my own son’s funeral. Never, ever again will I experience pure joy.”

His mother stated in an interview.

The loss of Sawyer brings many problems to the Sawyer family, his younger sister Maysa is a victim of Insomnia & panic attacks. His family is trying their best to move on from this incident. Elizabeth Gini, Sawyer's Mother is doing her best to create new memories with her other children despite her pain.

Sawyer Sweeten's career begins when he was just 16 months old. He remains part of the Everybody Loves Raymond TV series for 10 years and has earned a fair amount from it and from his other acting role as well.

He had a net worth of $2 million at the time of his death, he also owns a house in Riverside, California. Sawyer will always be remembered in the prayers of his fans & close ones.